Is Made in Abyss Season 2 on Netflix, Hulu, Prime, Funimation, or Crunchyroll? 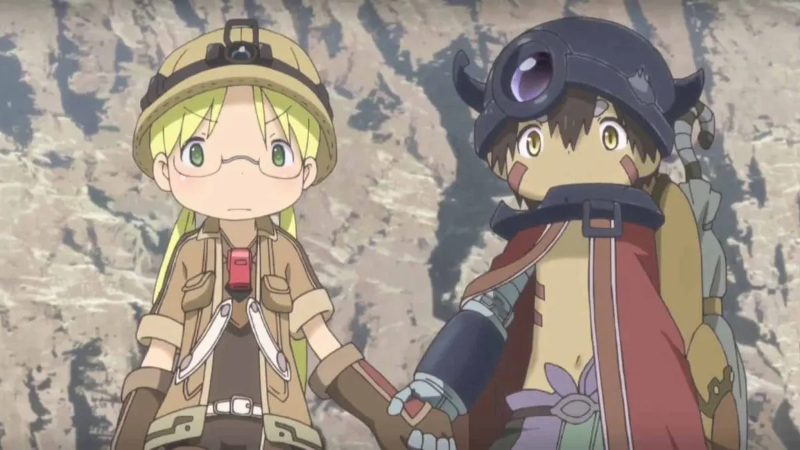 Inspired by the Japanese manga series written and illustrated by Akihito Tsukushi, ‘Made in Abyss’ is a science-fiction fantasy anime. The show revolves around an imaginary world where a colossal pit called the Abyss stretches deep down in the depth of the Earth and is home to mysterious creatures. People living in cities above the ground have tried to explore the Abyss, and many have even lost their lives in the process. Riko is the daughter of one such explorer who has been missing for quite some time.

However, when she decides to descend into the colossal pit herself in order to find her mother, Riko’s life changes in unexpected ways. First released on July 7, 2017, the anime was a huge hit and has amassed a massive global fanbase over the years. Since its second installment, or ‘Made in Abyss: Retsujitsu no Ougonkyou,’ is about to release, fans must be eager to learn more about its streaming details. In case you are also looking for similar information, then we have got you covered.

What is Made in Abyss Season 2 About?

Thanks to the self-sacrificial actions of Prushka in ‘Made in Abyss: Dawn of the Deep Soul,’ Riko and her friends finally manage to make it to the sixth and the unexplored layer of the Abyss that continues to be a huge mystery for people living on the ground. So far, Riko has been unable to trace the whereabouts of her mother and is still hanging on to the belief that she is alive somewhere in the colossal pit. The latest installment is expected to shed more light on what happened to her all those years ago because of which she failed to make it back to the ground.

Meanwhile, Reg’s past continues to be a mystery all well because of his memory problems, and it is highly likely that viewers will finally learn more about his origins. The latest installment is also expected to reveal the reasons for the mysterious diseases that afflict the people on the ground and much more. Therefore, the long wait for ‘Made in Abyss’ fans is finally coming to an end as they can finally get answers to all of the pressing questions that have confused them for half a decade now.

Is Made in Abyss Season 2 on Netflix?

The streaming giant’s massive catalog of television shows, movies, and anime does not include ‘Made in Abyss: The Golden City of the Scorching Sun.’ Therefore, Netflix subscribers can instead watch other science fiction anime like ‘Violet Evergarden.’

Is Made in Abyss Season 2 on Hulu?

Hulu subscribers will have to look for the science fiction series on some other platform as it is not accessible on the streamer. If you are looking for a somewhat similar show, then you might like ‘Attack on Titan.’

Is Made in Abyss Season 2 on Amazon Prime?

‘Made in Abyss: The Golden City of the Scorching Sun’ is not a part of Amazon Prime’s current offering. However, subscribers can rewatch the first installment here.

Is Made in Abyss Season 2 on Crunchyroll?

Crunchyroll’s massive catalog of anime does not include the science fiction fantasy series. Viewers who are looking for something similar will probably enjoy watching ‘The Promised Neverland.’

Is Made in Abyss Season 2 on Funimation?

Since ‘Made in Abyss’ season 2 is unavailable on Funimation, people with a subscription can alternatively stream ‘Rage of Bahamut: Genesis.’

Where to Watch Made in Abyss Season 2 Online?

‘Made in Abyss: The Golden City of the Scorching Sun’ is all set to premiere on HIDIVE starting July 6, 2022. People who have a subscription can stream the latest episodes on the official website. Meanwhile, fans in several Asian countries can watch the show in original Japanese audio with English subtitles on Muse Asia’s YouTube channel.

How to Stream Made in Abyss Season 2 for Free?

HIDIVE gives its first-time subscribers a 14-day free trial. People who plan to watch the anime for free can use the aforementioned offer. Meanwhile, fans in Asia can access the latest episodes on Muse Asia’s YouTube channel without paying anything. However, we encourage our readers to refrain from illegal means and watch their favorite content online only after paying for them.