Is Mayor Pete on Netflix, Hulu, Prime, or HBO Max? 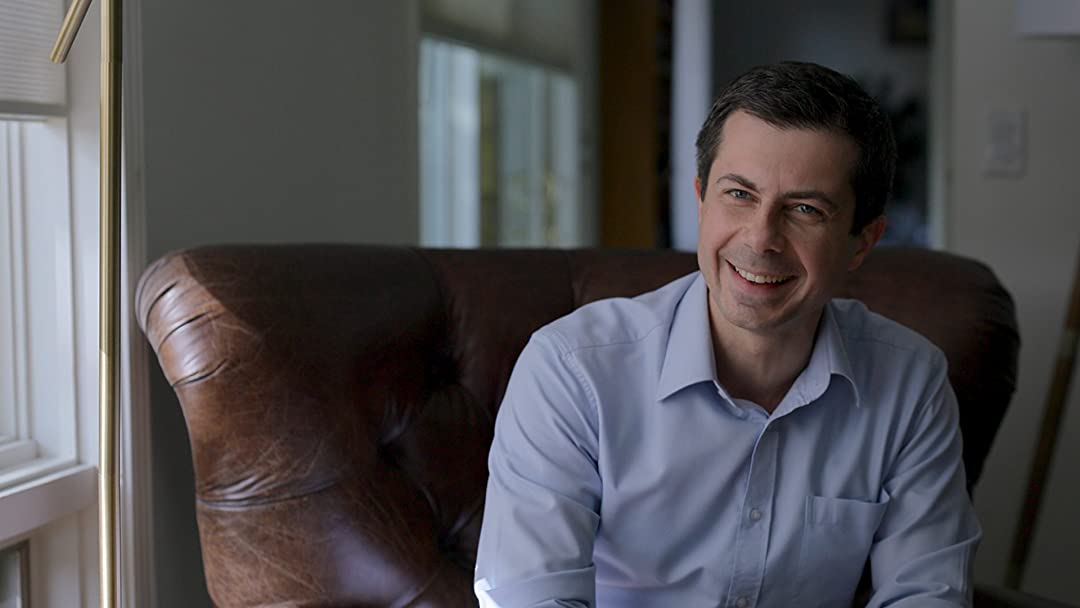 Directed and co-written by Jesse Moss, ‘Mayor Pete’ is a political documentary film that offers a close look at the campaign of Pete Buttigieg to become America’s first openly gay president. While offering an overview of his rise in American politics, the film also features details of his relationship with his husband, Chasten Buttigieg. Pete Buttigieg’s inspiring story serves as an example to everyone, especially members of the L.G.B.T.Q.I.A.+ community. His journey proves that one can be themselves and still reach the pinnacle of politics. In case you wish to learn more about the documentary or where it can be streamed, we have got you covered!

What is Mayor Pete About?

While political giants like Joe Biden, Bernie Sanders, Elizabeth Warren, and Donald Trump were preparing for the 2020 U.S. Presidential election, the Indiana-born politician, Pete Buttigieg, started his campaign to become the first openly gay leader of the country. The odds were stacked highly against him, but that did not deter his resolve, and his long-shot campaign went ahead as planned. The documentary chronicles his major milestones in American politics as he became the mayor of South Bend, Indiana, and went on to take part in the U.S. presidential debate.

Pete Buttigieg’s passion for the betterment of the living conditions of his fellow countrymen may not have led him to the Presidential position, but it did inspire other people from the L.G.B.T.Q.I.A.+ community to step into the spotlight in politics. So, if you are wondering where you can watch the documentary, then allow us to be your guide!

Is Mayor Pete on Netflix?

Netflix subscribers will have to find other alternatives to watch ‘Mayor Pete’ as it is not currently a part of the streamer’s video library. However, the streaming giant has some really good documentaries you could watch. Some of them are ‘Bobby Kennedy for President,‘ ‘Trump: An American Dream,’ and ‘Becoming.’

Is Mayor Pete on Hulu?

Although ‘Mayor Pete’ is currently not accessible on Hulu, viewers who wish to watch political documentaries can alternatively stream ‘Being Blago‘ or ‘Hillary.’

‘Mayor Pete’ is an Amazon Original documentary and is exclusively streaming on the platform. Subscribers can watch the overview of Pete Buttigieg’s political journey right here.

Is Mayor Pete on HBO Max?

No, the Jesse Moss directorial is not available on the streamer. However, we recommend our readers watch ‘Jimmy Carter: Rock and Roll President,’ ‘Nixon By Nixon: In His Own Words,’ or ‘By the People: The Election of Barack Obama.’

Where to Watch Mayor Pete Online?

‘Mayor Pete’ is exclusively streaming on Amazon Prime Video. Therefore, you cannot watch it on any other platform.

How to Stream Mayor Pete for Free?

Amazon Prime Video offers a 30-day free trial for first-time subscribers. If you wish to watch the documentary film free of cost, then you can do so in the trial period. We also encourage our readers to pay for the content they wish to watch online.