Is Medieval on Disney+, Netflix, HBO Max, Hulu, or Prime? 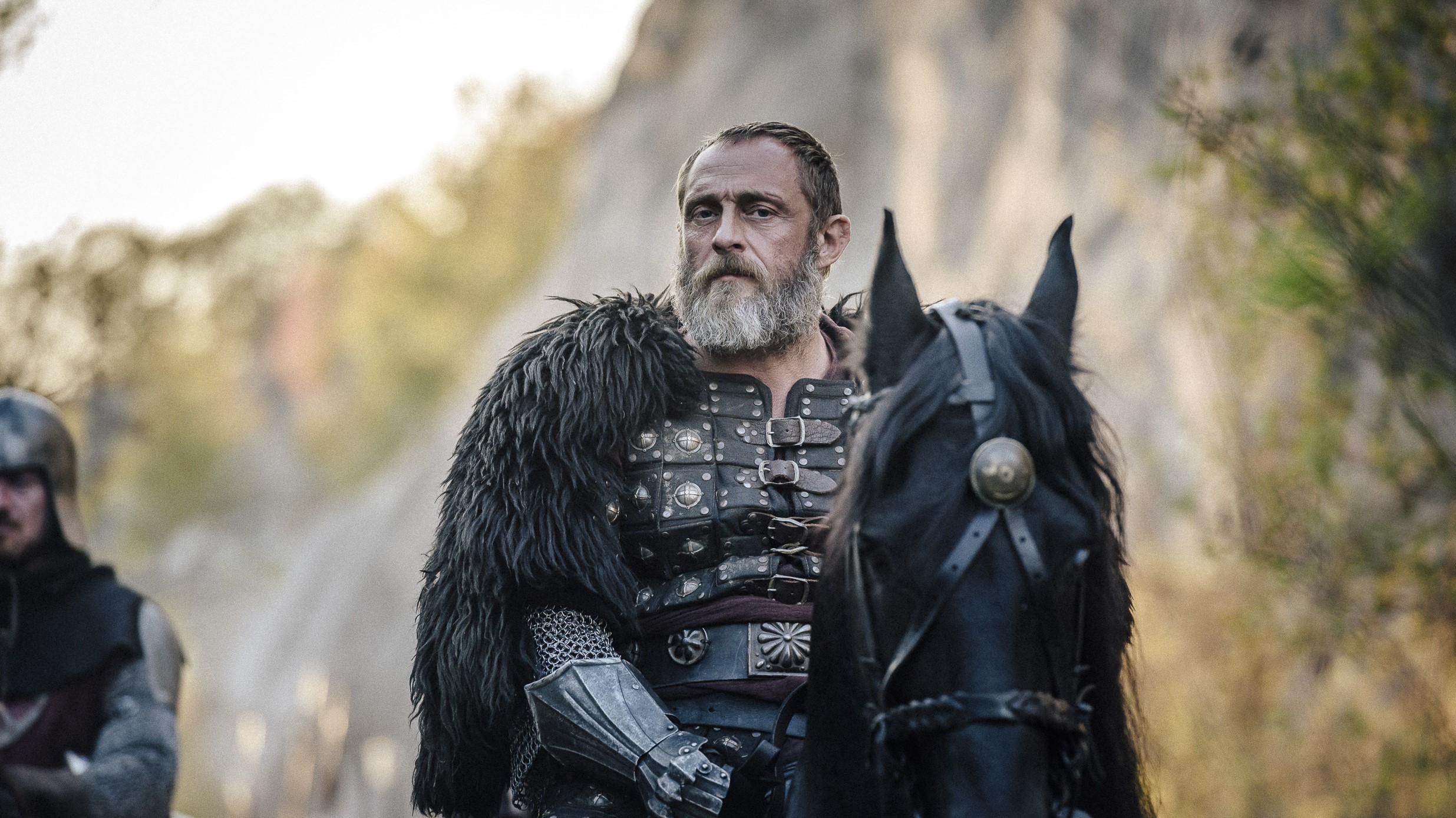 Co-written and directed by Petr Jákl, ‘Medieval’ is a Czech historical drama movie loosely inspired by the true story of Jan Žižka, a Bohemian military commander considered one of the greatest warriors in history. He defeats the armies of the Holy Roman Empire and the Teutonic Order. The period film features brilliant onscreen performances from a talented cast comprising Ben Foster, Michael Caine, Til Schweiger, William Moseley, and Matthew Goode. If you are into historical war movies, you must be eager to learn more about ‘Medieval’ and where you can watch it. In that case, we have got you covered!

What is Medieval About?

Set in the 15th century, when the Holy Roman Empire’s reigning emperor dies, things turn chaotic as feuding brothers King Wenceslas of Czech and King Sigismund of Hungary want the throne for themselves. Lord Boresh hires Jan Žižka to abduct Lady Katherine, Lord Rosenberg’s fiancée, to stop him from rising to power along with the corrupt King Sigismund. Soon, Jan finds himself falling in love with Katherine, and thus, he battles corruption and greed amongst the ones desiring power to liberate her. Now that your interest has peaked, here is how you can catch the movie yourself!

Is Medieval on Netflix?

Unfortunately, Netflix doesn’t have ‘Medieval’ in its vast collection. But you can still utilize your subscription to turn to other alternatives on the streaming giant, such as ‘Outlaw King‘ and ‘The King.’

Is Medieval on Hulu?

Hulu subscribers will need to look for ‘Medieval’ on other platforms as the historical film is unavailable on the streamer. However, it offers some excellent alternatives that you might enjoy, including ‘Robert the Bruce‘ and ‘Centurion.’

Is Medieval on Amazon Prime?

No, ‘Medieval’ is not a part of Amazon Prime’s massive catalog. Alternatively, you can enjoy similar movies on the streaming giant; we recommend you watch ‘Gladiator.’

Is Medieval on HBO Max?

HBO Max subscribers will be disappointed as ‘Medieval’ is not included in the platform’s extensive content library. Nevertheless, you have other alternatives to turn to on the streamer, such as ‘The Last Duel‘ and ‘Dragon Blade.’

Is Medieval on Disney+?

We hate to tell you that Disney+ doesn’t house ‘Medieval.’ But don’t let it stop you from checking out some similar movies on the streamer, such as ‘Squanto: A Warrior’s Tale‘ and ‘Mulan.’

Where to Watch Medieval Online?

‘Medieval’ has been released exclusively in theatres, which means there is no way for you to watch the period movie online, be it by streaming or purchasing. So, if you wish to watch the legendary Jan Žižka in action on the big screen, you can check show timings and book tickets on the movie’s official website and Fandango.

How to Stream Medieval For Free?

As mentioned above, ‘Medieval’ is unavailable for streaming on any digital platform. This means that currently, there is no way for you to watch the movie for free. All you can do is hope that it arrives on any online platform offering a free trial to new users. Having said that, we urge our readers to always pay for the content they wish to consume instead of turning to illegal means.

Read More: Where Was Medieval Filmed?