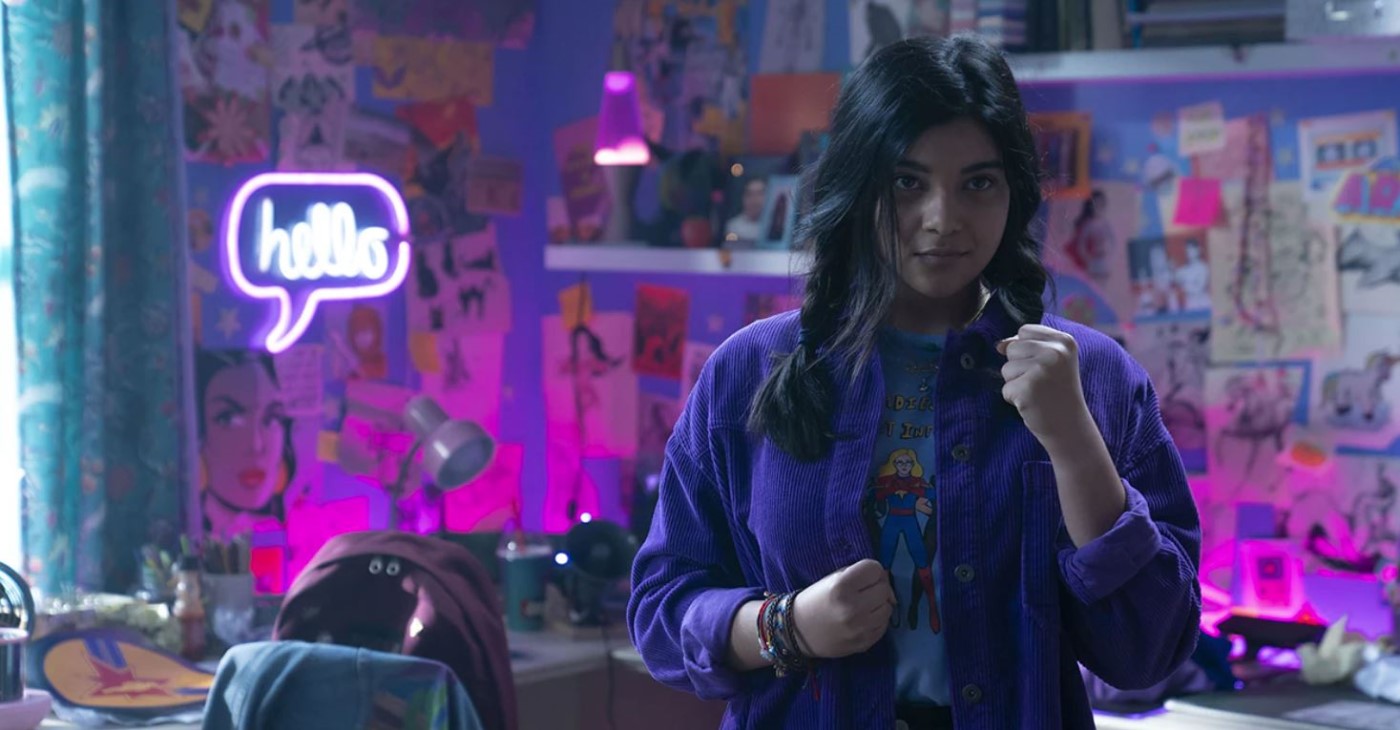 Created by Bisha K. Ali, ‘Ms. Marvel’ is an action series that revolves around the eponymous superhero. It starts with Kamala Khan (Iman Vellani), a teenager who admires the Avengers deeply, especially Captain Marvel (Brie Larson). Her mundane life takes a supernatural turn when she gains the ability to manipulate cosmic energy using a magical bangle. The show presents the first-ever Muslim character to ever headline their own comic and series. It introduces Ms. Marvel to the vast Marvel Cinematic Universe, and paved the path for her further integration into the franchise. Those who cannot wait to watch the miniseries, here’s what you need need to know!

What is Ms. Marvel About?

‘Ms. Marvel’ follows Kamala Khan, a high school student from Jersey City, an aspiring artist, and an avid gamer. She highly admires the superheroes and often writes fanfictions about them, including Captain Marvel. Through a series of events, Kamala finds that she has gained a new supernatural ability. With a magical bangle, Kamala can harness cosmic energy and create constructs. Her newly discovered powers lead her on a chaotic adventure. Meanwhile, danger looms over Kamala as her abilities have caught the attention of people outside her confidants. If you want to just how to watch the superhero series, we have your back!

Is Ms. Marvel on Netflix?

No, ‘Ms. Marvel’ is not available on Netflix. However, the streaming giant does offer similar alternatives, like ‘Supergirl‘ and ‘Warrior Nun.’ Led by female superheroes, the two shows are sure to entertain you if the Marvel series has caught your eye.

Is Ms. Marvel on Hulu?

You can watch ‘Ms. Marvel’ on Hulu by adding Disney+ to your regular plan for $13.99 per month here. Hulu subscribers can also use their regular subscription to watch ‘Marvel’s Runaways‘ and ‘The Gifted.’ Both series are based on Marvel’s characters, though they are not a part of the Marvel Cinematic Universe.

Is Ms. Marvel on Amazon Prime?

Those looking forward to watching ‘Ms. Marvel’ will have to look elsewhere because Amazon does not have the show. If the series has grabbed your interest, we recommend ‘Undone‘ and ‘Invincible.’ Available through Amazon’s regular offerings, the two shows are about humans with extraordinary abilities.

Is Ms. Marvel on HBO Max?

HBO Max does not have ‘Ms. Marvel’ on its platform. Instead, HBO Max users can use their subscriptions to check out ‘DC’s Stargirl‘ and ‘Batwoman.’ Given the long-standing rivalry between DC and Marvel, watching the two DC shows is bound to be entertaining.

Is Ms. Marvel on Disney+?

Yes, ‘Ms. Marvel’ is indeed available on Disney+. Those interested in watching the series can do so here!

Where to Watch Ms. Marvel Online?

‘Ms. Marvel’ is exclusively available on Disney+ and cannot be watched on any other platform.

How to Stream Ms. Marvel for Free?

Unfortunately, Disney+ does not offer any kind of free trial. We request our readers to not use any illegal methods to watch the series. Paying for relevant subscriptions shows your support for those who have worked hard to bring you your favorite shows.