Is Mushoku Tensei Season 2 on Netflix, Crunchyroll, Hulu, or Prime? 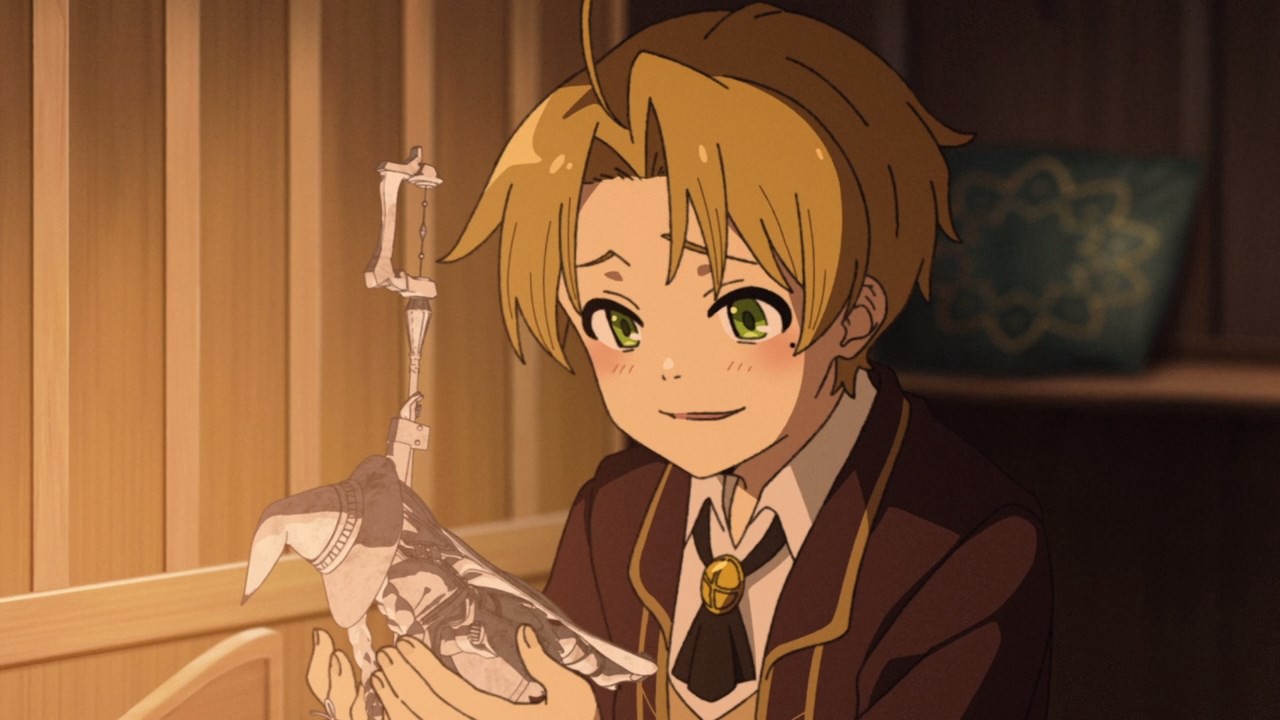 Based on a Japanese light novel series written and illustrated by Rifujin na Magonote, ‘Mushoku Tensei: Isekai Ittara Honki Dasu’ or ‘Jobless Reincarnation: I Will Seriously Try If I Go to Another World’ is an isekai fantasy TV anime. It follows a yet-to-be-named Japanese shut-in who is reborn in a world with magic after his sudden death in a vehicular accident. Named Rudeus by his parents in the new world, the protagonist decides to take control of his fate in this life. Season 1 or cour 1 originally aired from January 11, 2021, to March 22, 2021. If you want to know more about the anime and where to stream its second season, we got you covered.

What Is Mushoku Tensei Season 2 About?

In Japan, the protagonist was a 34-year-old man. After his parents’ death, he discovered that he would be losing his home as well. Frustrated, he lashed out at his dead parents, which only earned him the contempt of his relatives and acquaintances. This led to the realization for the protagonist that he had achieved nothing in life. However, he managed to make the moment of his death count by saving a group of teenagers from a speeding truck. He is subsequently reborn as the son of swordmaster Paul Greyrat and healer Zenith, with the memory of his former life completely intact. As he discovers magic in his new world, Rudeus resolves to lead a purposeful life.

Is Mushoku Tensei Season 2 on Netflix?

No, ‘Mushoku Tensei’ season 2 is not available on Netflix. However, you can watch fantasy anime series like ‘Yasuke,’ which retells the story of the eponymous historical figure who came to Africa from Japan and reportedly became a retainer under Oda Nobunaga.

No, ‘Mushoku Tensei’ season 2 is not available on Amazon Prime. Interested viewers can watch ‘Vinland Saga,’ a violent action-drama anime set in the early 11th century. After his father is killed by the Viking leader Askeladd, gifted young fighter Thorfinn makes revenge his life’s mission. But as time progresses, he develops a grudging admiration for his father’s killer.

Is Mushoku Tensei Season 2 on Hulu?

Hulu simulcasts episodes of ‘Mushoku Tensei’ season 2. Both English dubbed and subtitled versions of the first season are also available on the platform.

Aside from Hulu, Funimation and Wakanim (Scandinavia) simulcast the episodes of ‘Mushoku Tensei’ season 2 with original Japanese audio and English subtitles. French, Russian, and German subtitled versions are available on Wakanim. Spanish and Portuguese subtitled versions are available on Funimation. Viewers in Southeast Asia and South Asia can watch the series on Muse Asia’s YouTube channel and iQIYI. ‘Mushoku Tensei’ season 2 episodes will be available for streaming on Bilibili.

How to Stream Mushoku Tensei Season 2 for Free?

Hulu offers 1-month free trial access to its prospective subscribers, so those wanting to watch ‘Mushoku Tensei’ season 2 for free will have to activate the plan. Funimation also offers a 14-day free trial. Either way, the viewers have to purchase subscriptions for further access. We always encourage our readers to pay for the content they consume.