Is My Husband Won’t Fit Cancelled? 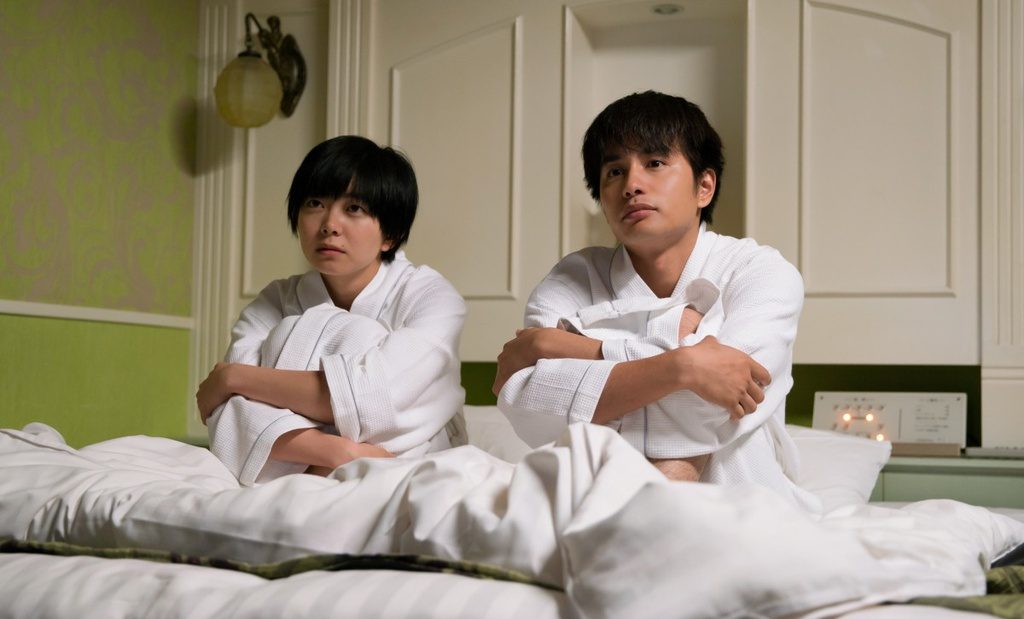 ‘My Husband Won’t Fit’ (also known as ‘Otto no Chinpo ga Hairanai’) is a Japanese drama series adapted from the autobiographical novel of the same (Japanese) name written by author Kodama. It tells the story of Kenichi and Kumiko, who fall in love as students at a university and decide to get married. However, they are physically incompatible and are unable to consummate their marriage. Kumiko experiences a rare medical condition known as vaginismus, making it impossible for her to have sex with her husband. Through the struggles of Kenichi and Kumiko, the series examines how lack of physical intimacy can impact other aspects of a marriage.

The series has received a mixed response from critics and viewers, but there’s no denying that the series is particularly engaging and sensitive. Between its provocative title, intriguing hook, and a deep dive into a couple’s bedroom life, there’s plenty of drama to keep the audience invested. If you have already binged through the show’s first season, you must be curious to find out more information about a second installment. In that case, we’ve got you covered. Here’s everything we know about ‘My Husband Won’t Fit’ season 2.

‘My Husband Won’t Fit’ season was released in its entirety on March 19, 2019, on Netflix. It consists of ten episodes with a runtime of 28-46 minutes each. As for a second season, there has been no official comment on the show’s renewal from Netflix or the producers. Given the ending of season one, it isn’t surprising that the series hasn’t been renewed as the story ends on a bittersweet note that brings the journey of Kenichi and Kumiko. Initially, the couple struggles to cope with their physical incompatibility but is very much in love with each other and determined to overcome the strange issue at hand.

After failing innumerable times at finding a solution, both begin to look for an alternative way around the problem. Things are further complicated between the two as they both seek sexual gratification elsewhere, and Kumiko learns that she only has trouble having sex with her husband. In the closing moments of season one, Kenichi and Kumiko reconcile. They decide to continue their relationship, fully aware of the fact that they won’t have a sex life or kids. They are glad to be each other’s life partners and intend to continue their life journey fully committed to each other.

Since the story is based on a book, the makers were well aware of the ending point of the story. Instead of dragging the narrative, they decide to let it run its course. The larger philosophical question of whether a marriage can last without physical intimacy is answered in the final moments, effectively resolving the central conflict. The final episode aptly titled ‘Finale’ wraps up the story nicely and leaves little room for a follow-up. Thus, organically continuing the story in a prospective second season would have been a difficult task. Lastly, it has been almost two years since the series first premiered on the streaming service, making the possibility of a season 2 even more unlikely. As disappointing as that is, fans can still remind themselves of all the important life lessons the series teaches us and rejoice in the fact that Kenichi and Kumiko remain together after all.

Read More: Is My Husband Won’t Fit a True Story?