Is My Isekai Life on Netflix, Hulu, Crunchyroll, or Funimation? 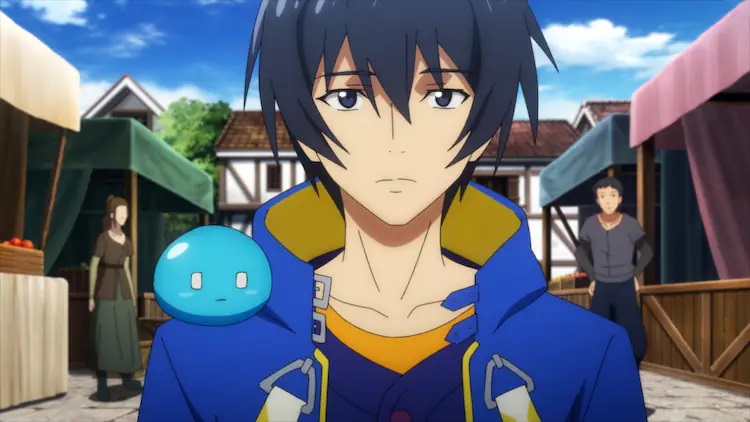 ‘My Isekai Life: I Gained a Second Character Class and Became the Strongest Sage in the World’ or ‘Tensei Kenja no Isekai Life: Dai-2 no Shokugyou wo Ete, Sekai Saikyou ni Narimashita’ is an isekai fantasy anime. Based on Shinkoshoto’s Japanese light novel series of the same name, the show revolves around a consummate office worker named Yuuji Sano, who gets mysteriously summoned to a fantasy world.

Although he treats his new reality as just a bad dream, he accidentally ends up becoming the strongest sage while being completely clueless about his true strength. With its highly anticipated fight scenes and action-packed misadventures about to release, the isekai series has already become quite popular. Anime fans are now eager to watch the show, and if you wish to learn more about its streaming and other details, then we have got you covered.

What is My Isekai Life About?

Yuuji Sano is a diligent corporate worker who is always busy with some project or another. One day while working, he sees a message on his PC that mentions that he is going to be summoned to an alternate reality. Although he restarts his computer immediately, the invitations get accepted somehow, and he ends up in a fantasy world as Monster Tamer. His character class allows him to befriend slimes, and he accidentally ends up absorbing so much magical knowledge through them that he becomes the greatest sage the realm has ever known. Unfortunately, he does not truly realize the limits of his powers, which leads to several unexpected, hilarious, and messy circumstances.

Is My Isekai Life on Netflix?

‘My Isekai Life: I Gained a Second Character Class and Became the Strongest Sage in the World’ is unavailable on the streaming giant. People who have Netflix subscriptions will probably enjoy other anime like ‘Sword Art Online.’

Is My Isekai Life on Hulu?

Hulu subscribers will have to look for the series on some other platform as it is not a part of its massive catalog of television shows, movies, and anime. Subscribers can watch other isekai anime like ‘No Game, No Life.’

Is My Isekai Life on Amazon Prime?

Amazon Prime’s current offering does not include ‘My Isekai Life: I Gained a Second Character Class and Became the Strongest Sage in the World.’ Viewers who are looking for something similar can instead watch ‘Sword Oratoria: Is it Wrong to Try to Pick Up Girls in a Dungeon? On the Side‘ or ‘UQ Holder!‘

Is My Isekai Life on Crunchyroll?

The isekai series is highly unlikely to arrive on Crunchyroll any time soon. Therefore, people with a subscription can instead watch ‘The Ambition of Oda Nobuna‘ or ‘Parallel World Samurai.’

Is My Isekai Life on Funimation?

Funimation’s current catalog does not include ‘My Isekai Life: I Gained a Second Character Class and Became the Strongest Sage in the World.’ However, we encourage our readers alternatively stream ‘That Time I Got Reincarnated as a Slime‘ or ‘Sword Art Online.’

Where to Watch My Isekai Life Online?

The isekai anime is all set to premiere exclusively on HIDIVE starting July 4, 2022. As far as the availability of VOD platforms is concerned, there is no official announcement as of now.

How to Stream My Isekai Life for Free?

HIDIVE comes with a 14-day free trial for first-time subscribers. Therefore, if you plan to watch the anime free of cost, then you can you the aforementioned option. However, we encourage our readers to refrain from illegal means and watch their favorite content online only after paying for them.