Is NieR:Automata Ver1.1a on Netflix, Hulu, Crunchyroll, or Funimation? 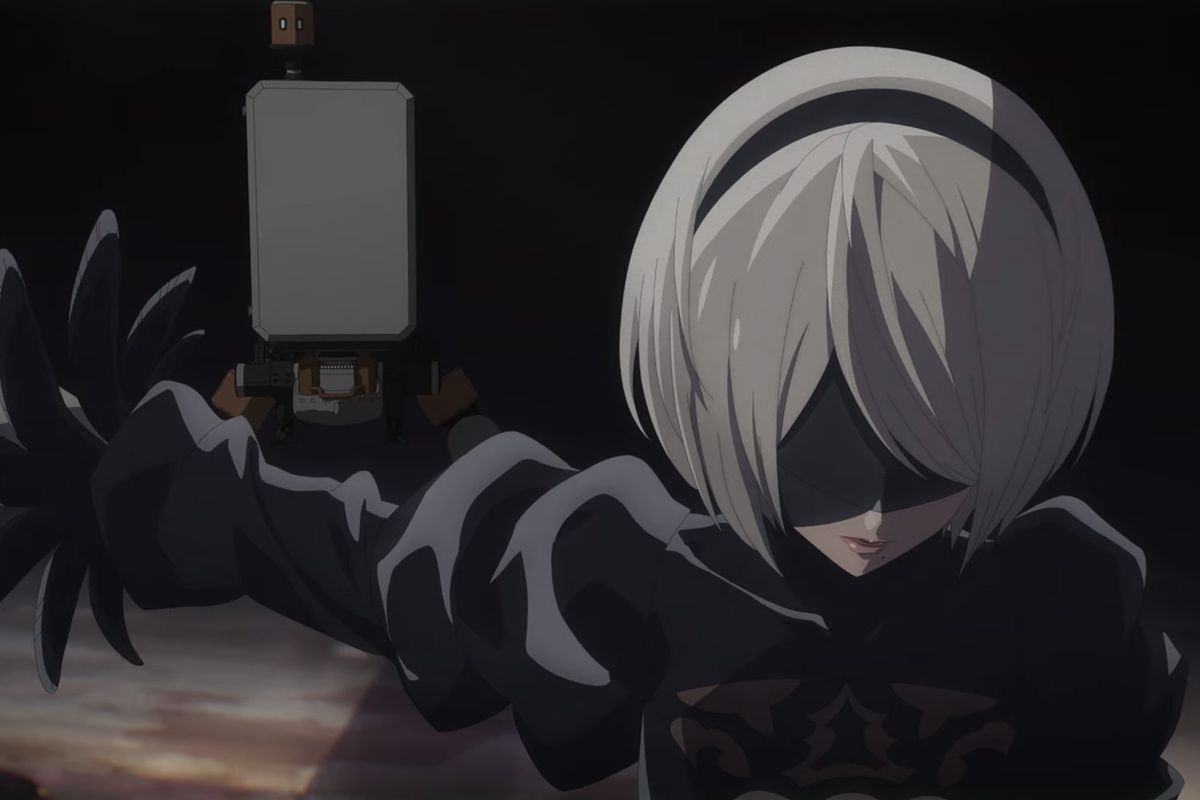 ‘Nier: Automata Ver1.1a’ is a science-fiction action anime that is inspired by PlatinumGames’ roleplaying game known as Nier: Automata. The show is set in the distant future and revolves around the events following the invasion of Earth by an alien species and their creations Machine Lifeforms. Because of the ruthless initial attacks, the surviving humans are forced to seek refuge on the moon so that they can eventually regroup and fight back for the blue planet they have been calling home for a long time.

In this existential battle of reclaiming Earth, humanity has to use android soldiers to investigate the now-captured planet which leads to some shocking findings. People who are looking forward to watching the show and wish to learn more about the streaming details have come to the right place. Here’s everything you need to know about ‘NieR:Automata Ver1.1a.’

What is NieR:Automata Ver1.1a About?

Humanity thrived for thousands of years without any significant existential threat until 5012 when the Earth was suddenly invaded by Aliens and their creations Machine Lifeforms. Now extinction was no longer just a warning or speculation but a real possibility that must be fought against. In order to ensure the survival of humanity, some humans successfully made it to the moon and began preparing for an all-out battle for Earth using androids as soldiers.

Unfortunately, the Machine Lifeforms start multiplying at an incomprehensible rate complicating the tough challenge that humanity now had on its hands. In order to reclaim Earth, a unit of elite androids known as the YoRHa are deployed on the planet that begins to investigate the countless inexplicable phenomena that have been going on in the world. This marks the beginning of a long battle between the aliens and humans for the blue planet that has been the home to the latter for thousands of years.

Is NieR:Automata Ver1.1a on Netflix?

The streaming giant does not include ‘NieR:Automata Ver1.1a, so people with a Netflix subscription can instead watch ‘Kuromukuro,’ another science fiction anime in which mechas/androids play a pivotal role in human conflict.

Is NieR:Automata Ver1.1a on Hulu?

‘NieR:Automata Ver1.1a’ is unavailable on Hulu and it seems that the show won’t be added to the platform’s current catalog anytime soon. However, ‘Trigun: Badlands Rumble‘ and ‘Space Dandy‘ are great science-fiction shows that you can alternatively watch on the streaming platform.

Is NieR:Automata Ver1.1a on Amazon Prime?

Amazon Prime’s current offering does not include the science-fiction action series. Since it is highly unlikely to arrive on the platform any time soon, we recommend our readers watch ‘Metal Skin Panic Madox-1‘ or ‘Ninja Robots‘ instead.

Is NieR:Automata Ver1.1a on Crunchyroll?

Crunchyroll has licensed ‘NieR:Automata Ver1.1a’ for streaming outside Asia. If you wish to watch the show with original Japanese audio and English subtitles then you can head here.

Is NieR:Automata Ver1.1a on Funimation?

The sci-fi action anime is not available on Funimation. Therefore, people with a subscription can instead stream other somewhat similar shows like ‘Gurren Lagann‘ or ‘Eureka Seven.’

Where to Watch NieR:Automata Ver1.1a Online?

‘NieR:Automata Ver1.1a’ is all set to premiere on VRV as well starting January 7, 2023. People with a subscription can watch all the latest episodes with original Japanese audio and English subtitles on the official website.

How to Stream NieR:Automata Ver1.1a for Free?

Crunchyroll and VRV come with a 14 and 30-day free trial for first-time subscribers. People who wish to watch the anime free of cost can use the aforementioned offers, provided they stream all the episodes in the trial period itself. However, we encourage our readers to refrain from using illegal means and watch their favorite content online only after paying for them.