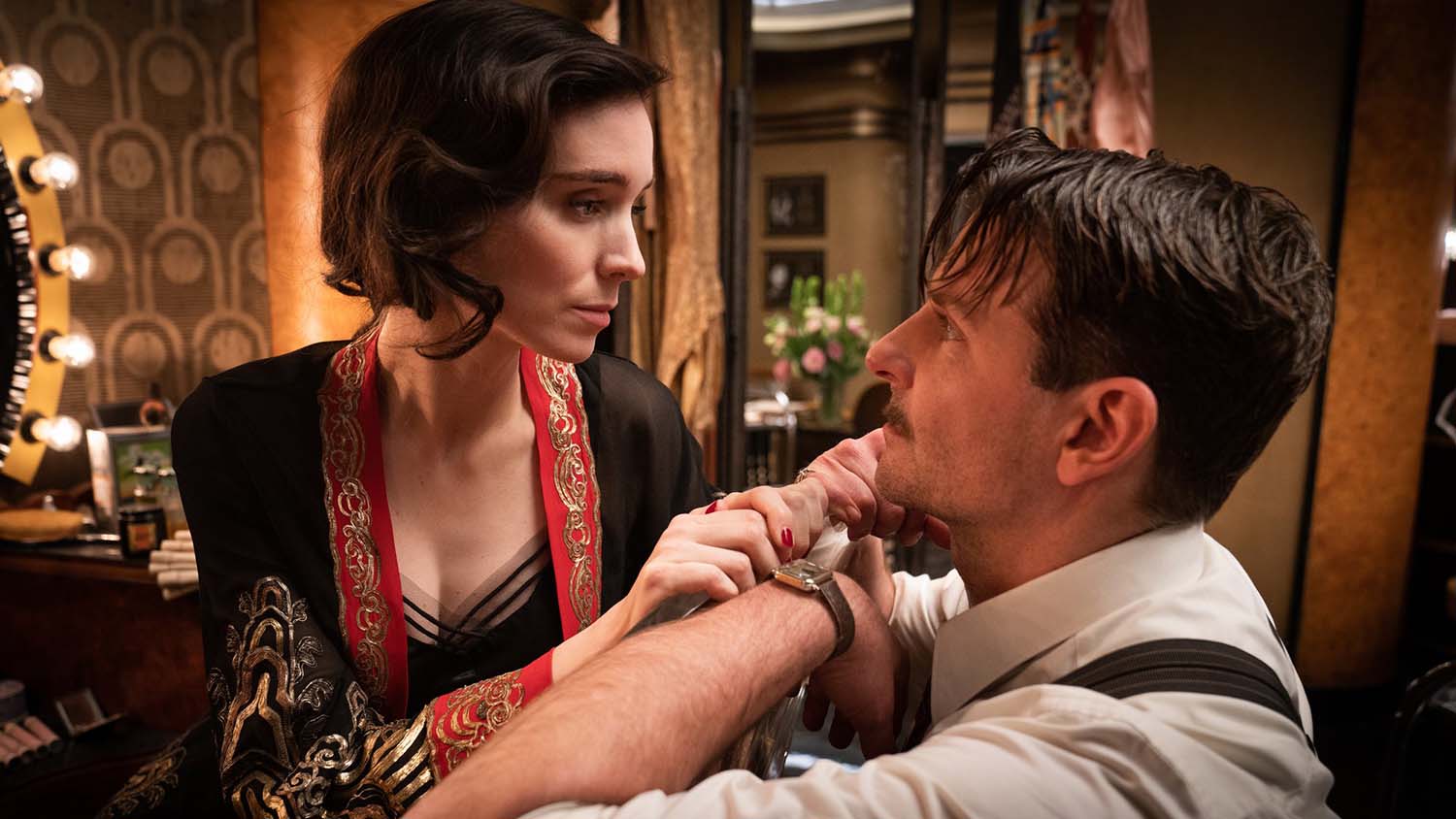 Based on the eponymous 1946 novel by William Lindsay Gresham, ‘Nightmare Alley‘ is a psychological thriller movie, making it the second feature film adaptation. It follows the life of a grifter Stanton Carlisle AKA Stan, who slowly and patiently works his way up the ranks from an ordinary carnival worker to a renowned psychic medium.

However, Stan comes face to face with a psychologist who tries her best to expose his treacherous ways. Directed by Guillermo del Toro, the Oscar-nominated film stars several Hollywood heavyweights like Bradley Cooper, Willem Dafoe, Rooney Mara, Cate Blanchett, Toni Collette, and Richard Jenkins, to name a few. Are you interested to know more about the thriller? We have got you covered!

What is Nightmare Alley About?

In late 1930s New York, the charismatic yet unlucky Stan tries his luck with a traveling carnival and endears himself to a supposedly clairvoyant woman named Zeena and her husband Pete, who claims to be a mentalist.  With all the newly gained knowledge, Stan climbs the ladder of success by swindling the elite and wealthy. In hopes of catching a big fish, he hatches a plan to deceive Ezra Grindle, a dangerous tycoon. He enlists the help of Dr. Lilith Ritter, a mysterious psychologist who might sabotage all his plans. Now, since you are looking forward to watching this film, here are all the ways you can do that.

Is Nightmare Alley on Netflix?

Netflix subscribers might be disappointed because ‘Nightmare Alley’ is not available on the streaming giant. But thanks to its expansive collection of movies, you can turn to other period thrillers that will keep you on the edge of your seats. Therefore, we recommend ‘The Nightingale‘ and ‘The Devil All The Time.’

Is Nightmare Alley on Hulu?

Yes, ‘Nightmare Alley’ is accessible to stream on Hulu, but only via the HBO Max add-on. You can learn more about this option and stream the film here. Moreover, the streaming platform has several other movies that are as gripping and suspenseful as the Guillermo del Toro directorial. Some of them are ‘The Limehouse Golem‘ and ‘Parasite.’ Although the two films vary in their settings, they are both psychological thrillers like ‘Nightmare Alley.’

‘Nightmare Alley’ is not available for streaming on Amazon Prime Video, but you can buy or rent the film right here. If you liked this movie, there are several intense psychological thrillers that might be right up your alley. Therefore, you can check out ‘We Need to Talk About Kevin‘ or ‘The Lighthouse.’

Is Nightmare Alley on HBO Max?

Is Nightmare Alley on Disney+?

Yes, ‘Nightmare Alley’ can be streamed on Disney+, and you can watch it right here. So, all you need is a subscription, and you are good to go!

Where to Watch Nightmare Alley Online?

As we have already mentioned, you can stream ‘Nightmare Alley’ on HBO Max, Disney+, and Hulu (with the HBO Max add-on). You can also watch the movie on Xfinity Stream. Moreover, you can stream the thriller movie on-demand on iTunes, Vudu, Spectrum on Demand, Google Play, YouTube, AMC Theatres, and Microsoft Store. For those who wish to catch the movie in theaters, you can book your tickets on Fandango.

How to Stream Nightmare Alley for Free?

Unfortunately, neither HBO Max nor Disney+ offers a free trial. But if you are a Hulu subscriber, you can redeem the 7-day free trial of the HBO Max add-on and watch ‘Nightmare Alley’ for free. However, we request our readers not to use any illegal methods to watch their favorite movies and instead pay for them.