Is No Exit on Netflix, HBO Max, Hulu, or Prime? 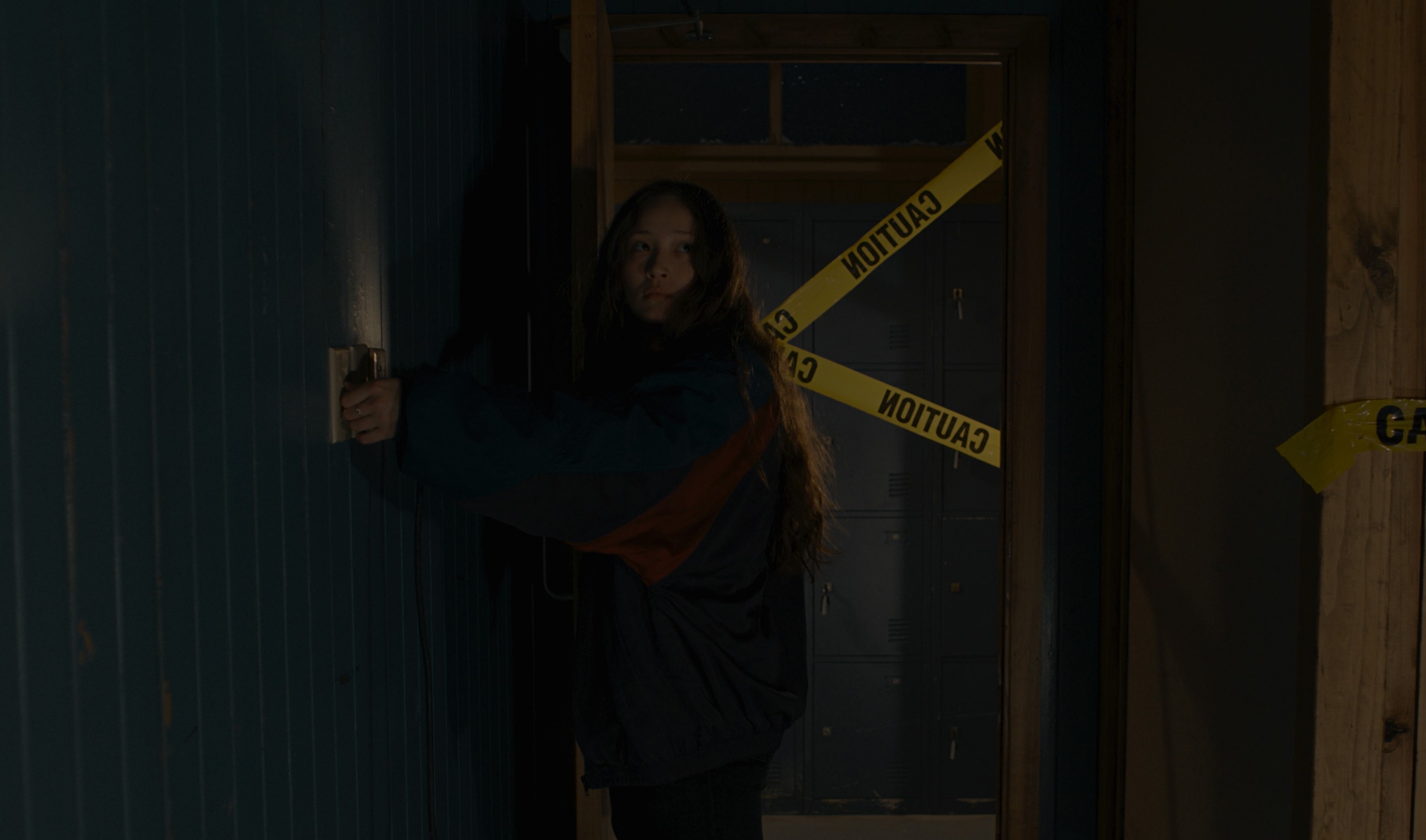 Directed by Damien Power, the thriller movie ‘No Exit’ follows the story of a twenty-something college student who is stranded at an isolated highway rest stop in the middle of a blizzard. She comes across a kidnapped child locked inside a car that belongs to one of the people inside the rest stop. The mystery drama film is based on a novel of the same name written by Taylor Adams.

The film features impressive performances by Havana Rose Liu, Danny Ramirez, Mila Harris, David Rysdahl, and Dale Dickey. ‘No Exit’ keeps the viewers biting their nails throughout the movie with the suspense and thrilling experience it offers. So, would you like to find out if she manages to escape the place and also rescue the child? Well, we bring you all the information about where you can watch it and appease your curiosity!

What is No Exit About?

‘No Exit’ revolves around a college student named Darby who escapes from a rehab facility to visit her mother at a hospital in Salt Lake City. On her way, Darby is forced to share a mountain rest stop with a group of strangers, thanks to a raging blizzard. Soon, things take a turn for the worse when she finds a child locked in a car, probably abducted by one of the people inside. This puts Darby in a petrifying situation as she finds it difficult to reach her mother or the authorities due to no network connection.

Therefore, Darby realizes she has no option but to bide time with a potential kidnapper at the center until she can map out a plan to save the child. Will she find a safe exit from the rest stop along with the child? Who is the kidnapper? All these questions can only be answered when you watch the thriller mystery movie. So, if you are searching for ways to stream it online, we have got you covered!

Is No Exit on Netflix?

The blizzard-themed thriller movie is not yet part of the catalog of Netflix. However, we recommend you watch other similar movies such as ‘The Woman in the Window’ or ‘The Invitation.’

Is No Exit on Amazon Prime Video?

No, ‘No Exit’ is not a part of Amazon Prime Video’s impressive movie collection at present. Furthermore, it is not even available as on-demand content to purchase. Instead, you can watch other mysteries unfold in movies like ‘Vivarium‘ and ‘Before I Go To Sleep‘.

Is No Exit on Hulu?

Being a Hulu original, you have the option to stream this enthralling and thrilling movie starting February 25, 2022, on Hulu.

Is No Exit on HBO Max?

Due to the unavailability of ‘No Exit’ on HBO Max, you can stream other similar alternatives like ‘The Little Things‘ and ‘Reminiscence‘.

Where to Watch No Exit Online?

As of now, the only way you can watch the thriller mystery movie is via a subscription to Hulu, as it is exclusively streaming on the platform.

How to Stream No Exit for Free?

Since the only way to catch this intense film is on Hulu, you would have to subscribe to the streaming platform. However, if you are not a subscriber yet, Hulu offers a free trial of 30 days to new users. So, first-time users can register and start their free trial to watch ‘No Exit’ for free. Moreover, it is always better to pay for the content you wish to consume instead of resorting to illegal means.

Read more: Best Suspense and Mystery Movies of All Time