Is One Piece Film: Red on Netflix, Hulu, Crunchyroll, or Funimation? 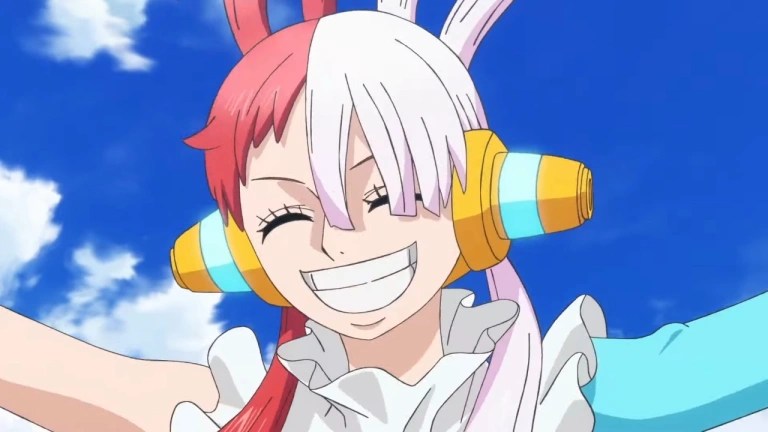 ‘One Piece Film: Red’ is an action-adventure fantasy film that is inspired by Eiichiro Oda’s eponymous Japanese manga series that also serves as the basis of the ongoing anime of the same name. The fifteenth film in the decades-old franchise revolves around the misadventures of Luffy and the Straw Hat Pirates who visit the Island of Music unbeknownst to the surprises waiting for them there.

When they finally meet Uta, the eccentric group slowly gets entangled in her complicated life problems. As the story unfolds, several shocking secrets are revealed about her past that eventually paves the way for her catharsis. In case you feel that the premise sounds interesting and plan to watch the film as soon as it premieres, then here’s all the streaming information you are going to need.

What is One Piece Film: Red About?

Over the year Uta has made a name for herself in the music world and is now regarded as one of the most cherished singers in the world. Although her otherwordly voice has won millions of hearts, she has personally managed to keep her own identity a secret. But now she plans to change everything by revealing herself in a live concert that is being attended by her fans along with the Straw Hats led by Luffy. While she may appear to have a perfect life, Uta as the estranged daughter of Red-Haired Shanks has had a very difficult early life that has scarred her forever. Now she wants to use music as a medium of catharsis to overcome pain and suffering.

Is One Piece Film: Red on Netflix?

The streaming giant does not have ‘One Piece Film: Red’ in its catalog as of now. Since the movie is not going to arrive on the platform any time soon, Netflix subscribers can watch other films like ‘The Witcher: Nightmare of the Wolf.’

Is One Piece Film: Red on Hulu?

The action-adventure fantasy movie is unavailable on Hulu. People with a subscription will have to look for it on some other platform. If you wish to watch something similar, then you will probably enjoy watching other good action films like ‘Sword Art Online: The Movie – Ordinal Scale.’

Is One Piece Film: Red on Amazon Prime?

Amazon Prime’s current offering does not include ‘One Piece Film: Red.’ Since the movie is highly unlike to arrive on the platform anytime soon, we recommend our readers watch ‘Demon City Shinjuku.’

Is One Piece Film: Red on Crunchyroll?

The action-adventure fantasy film is not accessible on Crunchyroll. However, the company is handling the theatrical distribution of the movie in North America and some parts of Oceania. As of now, there is no official confirmation regarding its release on Crunchyroll. Therefore, in the meantime, subscribers can watch the original series here.

Is One Piece Film: Red on Funimation?

Funimation has a massive catalog of anime shows and movies that subscribers can enjoy. But unfortunately, it does not include ‘One Piece Film: Red.’ However, one can instead stream another popular action-adventure film ‘Akira.’

Where to Watch One Piece Film: Red Online?

Following its record-breaking theatrical release in Japan, ‘One Piece Film: Red’ is now all set to premiere in North America on November 4, 2022, by Crunchyroll. People in America who love the franchise and plan to watch the latest film as soon as it premieres can book their tickets on Fandango. As far as availability on VOD platforms is concerned, there has been no official announcement regarding it and fans will have to wait for it for at least a few months.

How to Stream One Piece Film: Red for Free?

As mentioned above, the action-adventure fantasy film is only released theatrically as of now. Therefore, it is currently not possible to watch the movie free of cost. We request our readers refrain from using illegal means and watch their favorite content online, only after paying for it.