Is Our Flag Means Death on Netflix, HBO Max, Hulu, or Prime? 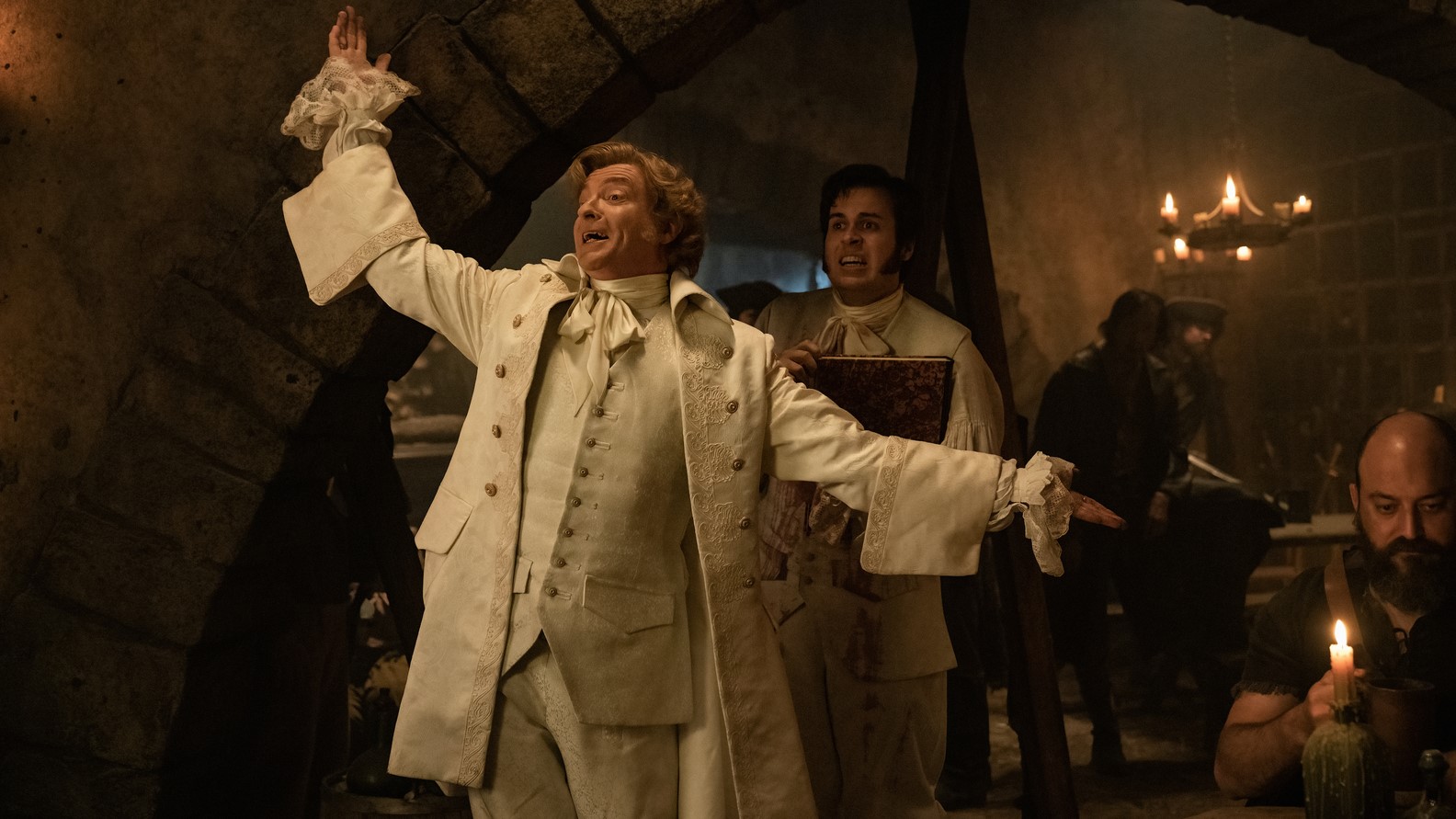 Created by David Jenkins, ‘Our Flag Means Death’ is a period comedy series that is based on the true adventures of a Barbadian pirate. It revolves around a wealthy landowner named Stede Bonnet who undergoes a midlife crisis and takes the decision to give up his comfortable lifestyle in order to become a pirate. Spoiler alert! It does not go particularly well for him.

The adventure show features dramatic performances from talented actors such as Rhys Darby, Taika Waititi, Nat Faxon, and Fred Armisen. Therefore, it is natural for you to be excited to watch this show online. Well, we have covered all the ways you can do so!

What Is Our Flag Means Death About?

Set in the early 18th century, ‘Our Flag Means Death’ chronicles the true adventures of an aspiring pirate, Stede Bonnet. Bored of his seemingly charmed and easy life, Stede trades it for an adventurous one by deciding to become a pirate. He becomes captain of the pirate ship known as Revenge, but his crew shows tendencies of turning against him.

However, soon enough, Stede has a pivotal altercation with the infamous Captain Blackbeard that changes his fortunes. The crew and Stede are forced to work together to keep their ship in shape against adversities and survive on the high seas. So, if you wish to know about the details for streaming this period comedy, we have got you covered!

Is Our Flag Means Death on Netflix?

Unfortunately, ‘Our Flag Means Death’ is not accessible on this ever-so-expanding streaming platform at the moment. If you are hoping for it to be available on Netflix in the near future, you should lower your expectations. Instead, subscribers of this platform can alternatively go for ‘The Lost Pirate Kingdom‘ and gain some insight into real-life pirates.

Is Our Flag Means Death on Amazon Prime Video?

You will be disappointed if you are looking to stream this period comedy series on Amazon Prime Video, as the Rhys Darby-starrer is not available on this platform as of yet. However, we recommend you watch ‘The Princess and The Pirate‘ if you are looking for some pirate-themed content.

Is Our Flag Means Death on Hulu?

No, Hulu doesn’t house ‘Our Flag Means Death’ in their expansive list of movies and TV shows. Thus, Hulu subscribers should search for the series on other streaming platforms. Meanwhile, if you are specifically looking for a pirate-themed show set in earlier times, you will enjoy watching ‘Black Sails’ on the platform.

Is Our Flag Means Death on HBO Max?

There is good news for the subscribers as the HBO Max original production ‘Our Flag Means Death’ is exclusively available for streaming on this platform. If you have a subscription to this streamer, you can watch the show here.

Where to Watch Our Flag Means Death Online?

Since the adventure comedy series is an HBO Max original, it is exclusively available on the streaming service by getting a subscription. At the present moment, there is no other option for viewers to watch ‘Our Flag Means Death’ as it is not available to buy or rent on other platforms.

How to Stream Our Flag Means Death for Free?

Unlike other streaming giants, HBO Max currently doesn’t offer a free trial to its new subscribers. So, there is no way for you to watch ‘Our Flag Means Death’ for free unless you have an HBO Max subscription. Moreover, you should avoid resorting to illegal methods to get free access to the content you want to consume.

Read more: Is Stede Bonnet Based on a Real Person? Did He Really Leave His Family?