Is Outlander Season 6 on Netflix, Hulu, Prime, or HBO Max? 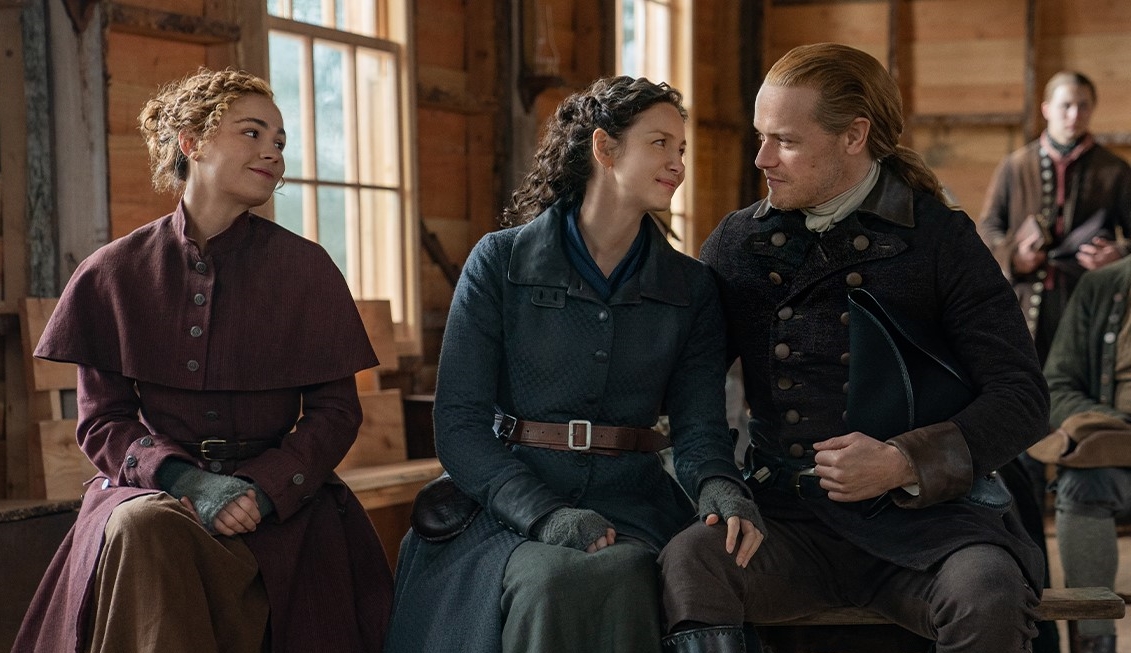 Inspired by Diana Gabaldon’s fantasy novel series of the same name, ‘Outlander‘ is a historical drama television series developed by Ronald D. Moore. The highly-anticipated season 6 of the show is all set to focus on Jamie and Claire’s complicated life choices in the light of the Revolutionary war. While the latter is still coming to terms with and healing from the beastly assault that she had to endure, the former must bravely embrace the uncertainty that life has to offer. In case you are also excited for the latest installment of the Caitríona Balfe and Sam Heughan-starrer, you have come to the right place. Here’s everything you need to know.

What is Outlander Season 6 About?

In the latest installment of the historical drama series, Claire, who was assaulted and beaten up by men led by Lionel Brown, will try to heal from trauma and will eventually end up self-medicating. Jamie will blame himself for the heinous crime and personally feel responsible for his inability to defend her. While the horrors they are struggling with are in no way insignificant, Claire and Jamie’s life will be further complicated by the outbreak of the Revolutionary War.

With the pressure building on Jamie to serve the British in the conflict, it will be interesting to see how he will navigate through the problem. If you are eager to learn how the story will unfold and are looking for ways to watch ‘Outlander’ season 6, here’s all the streaming information you will need!

Is Outlander Season 6 on Netflix?

Although you can watch previous installments of ‘Outlander’ on the streaming giant here, season 6 is not yet available on the platform. The historical drama television series has always arrived late on Netflix, and the streamer is expected to add season 5 in mid-2022. Based on the release pattern of the previous installments, we expect Netflix to include ‘Outlander’ season 6 in its extensive catalog sometime around April or May 2024.

Is Outlander Season 6 on Hulu?

Hulu’s basic subscription may not be sufficient to provide you access to the famous historical drama series. However, if you plan to watch it, you will have to get the STARZ add-on. In case you already have paid for the add-on, you can watch all previous seasons and check for the availability of the latest installment here.

Is Outlander Season 6 on Amazon Prime?

No, ‘Outlander’ season 6 is not accessible on Amazon Prime, but the previous installments were added to the website as on-demand content soon after their premiere. Therefore, we can expect the same for the sixth season of the show. You can watch purchase seasons 1 to 5 of the show right here. Prime subscribers with STARZ add-on can access the previous installments as well as season 6 here!

Is Outlander Season 6 on HBO Max?

No, HBO Max’s impressive collection of shows and movies does not include ‘Outlander’ season 6. The show is also unlikely to arrive on the streamer even in the near future. Therefore, people who have a subscription to HBO Max can alternatively watch ‘The Alienist‘ or ‘Gentleman Jack.’

Where to Watch Outlander Season 6 Online?

‘Outlander’ season 6 is accessible for streaming on STARZ’s official website. You can also live stream the show on popular platforms like FuboTV, Philo, DirecTV, Spectrum, and YouTubeTV. The previous seasons of the show can also be rented or purchased on Google Play, Microsoft Store, iTunes, Vudu, and YouTube. You can check for the availability of the sixth installment on the popular VOD platforms mentioned above as well as Xfinity and the Roku Channel in the coming weeks.

How to Stream Outlander Season 6 for Free?

Platforms like FuboTV, YouTubeTV, and Philo come with a 7-day free trial for first-time subscribers, while STARZ has a trial period of 30 days. So, people who are eager to watch the show for free can use any one of the aforementioned offers. However, we encourage our readers to always pay for the content they wish to online.

Read More: Where is Outlander Filmed?