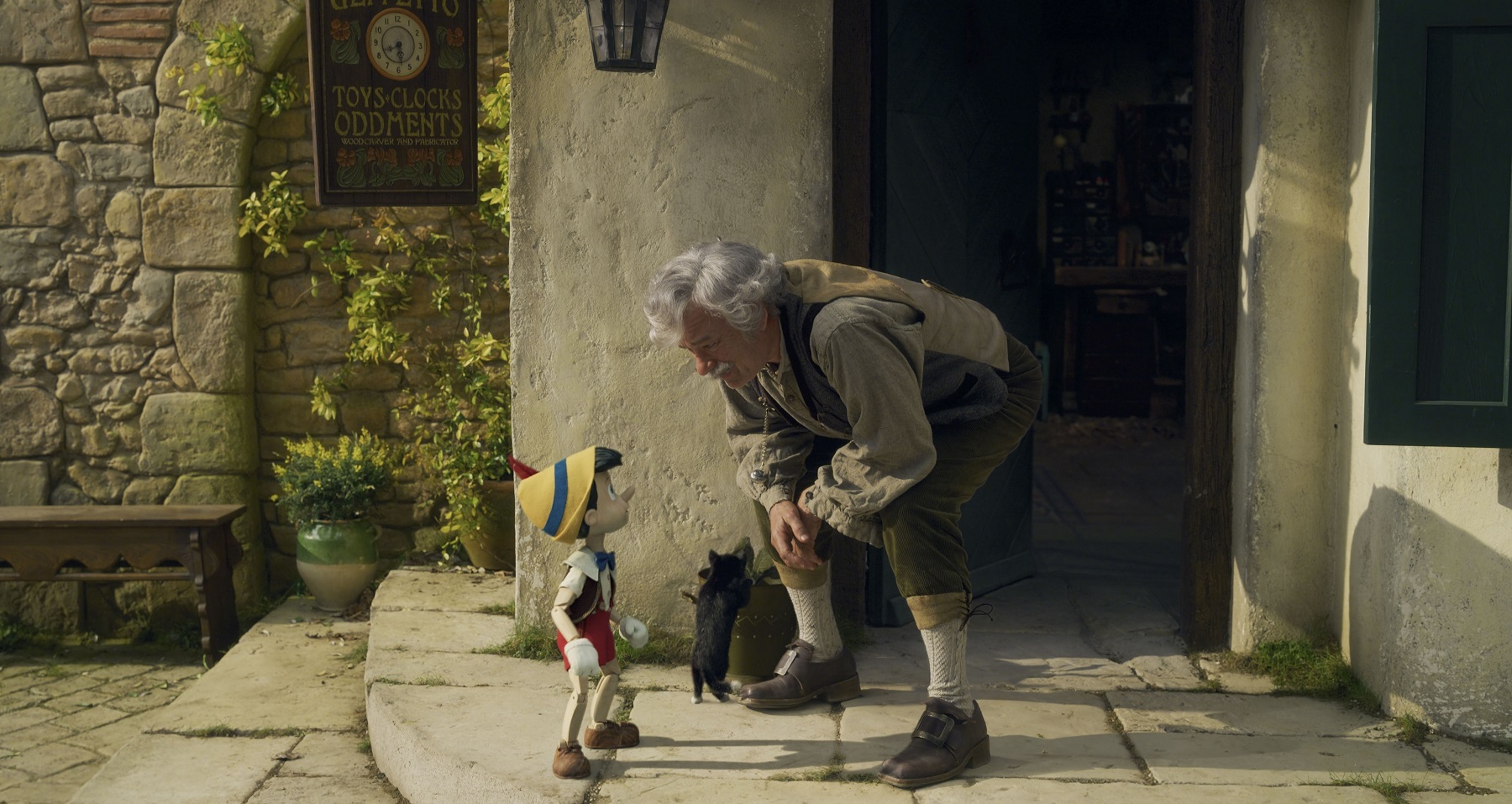 A live-action retelling of a beloved childhood story has always been a point of joy for movie fans, and ‘Pinocchio’ is no different. Directed by Robert Zemeckis, the musical fantasy movie follows the titular character who started his life as a wooden puppet. His maker, Geppetto, is a kind-hearted man, but his life was gifted to him by the Blue Fairy, who vows that she will turn Pinocchio into a human boy if he proves himself worthy using the life he has been given.

However, navigating his newfound life is hard for Pinocchio, and he finds himself in the company of numerous unique characters. Starring Tom Hanks and featuring stellar voice artists like Benjamin Evan Ainsworth and Joseph Gordon-Levitt, the movie is sure to delight those who love the classical story or are fans of live-action adaptations. If you want to know more about ‘Pinocchio,’ we have all the details you need.

What is Pinocchio About?

Adapted from the eponymous 1940 movie, ‘Pinocchio’ is set in an Italian village and follows an old man named Geppetto. The friendly woodcarver has always felt the sting of loneliness deep in his heart and finds solace in his work. He has a wooden puppet named Pinocchio, whom he cherishes with all his heart. One magical night, the Blue Fairy makes the puppet come alive and promises that she will turn him into a real boy if he proves himself to be a good person. This marks the start of the adventure that is Pinocchio’s life, with Jiminy Cricket acting as the puppet’s conscience. For those interested in checking out the movie, here’s how you can do it.

Is Pinocchio on Netflix?

No, Pinocchio’ is not available on Netflix, but the streaming giant does offer similar options like ‘Mowgli: Legend of the Jungle,’ an adventure movie full of fantastical elements.

Is Pinocchio on Hulu?

You can watch ‘Pinocchio’ on Hulu by adding Disney+ to your standard plan. Nevertheless, the platform’s regular offerings also have some excellent alternatives to the Tom Hank- starrer like ‘Hook‘ and ‘Jumanji.’

Is Pinocchio on Amazon Prime?

Although Amazon Prime does not host ‘Pinocchio,’ the platform’s vast media library does have similar movies like ‘How to Train Your Dragon‘ and ‘Sonic the Hedgehog 2.’ Both have an abundance of magical elements with a riveting story that will take you on journeys you will not likely forget anytime soon.

Is Pinocchio on HBO Max?

While HBO Max does not host ‘Pinocchio,’ do not let that disappoint you. Instead, you can use your subscription to watch movies like ‘Charlie and The Chocolate Factory.’ The 2005 adaptation of Roald Dahl’s famous 1964 book has all the magic and fantasy to entertain those who liked the story of Pinocchio’s journey. Alternatively, you can check out ‘The Wizard of Oz.’

Is Pinocchio on Disney+?

Luckily, ‘Pinocchio’ is available on Disney+. Those interested in watching the movie can do so here!

Where to Watch Pinocchio Online?

Presently, ‘Pinocchio’ can be streamed exclusively on Disney+ and is unavailable on any other digital platform.

How to Stream Pinocchio for Free?

Unfortunately, Disney+ does not offer any free trial to subscribers; thus, there is currently no way to watch ‘Pinocchio’ free of cost. Nonetheless, we request that our readers pay for relevant channels to watch the movie and not use any illegal means.