Is Pistol on Netflix, HBO Max, Hulu, or Prime? 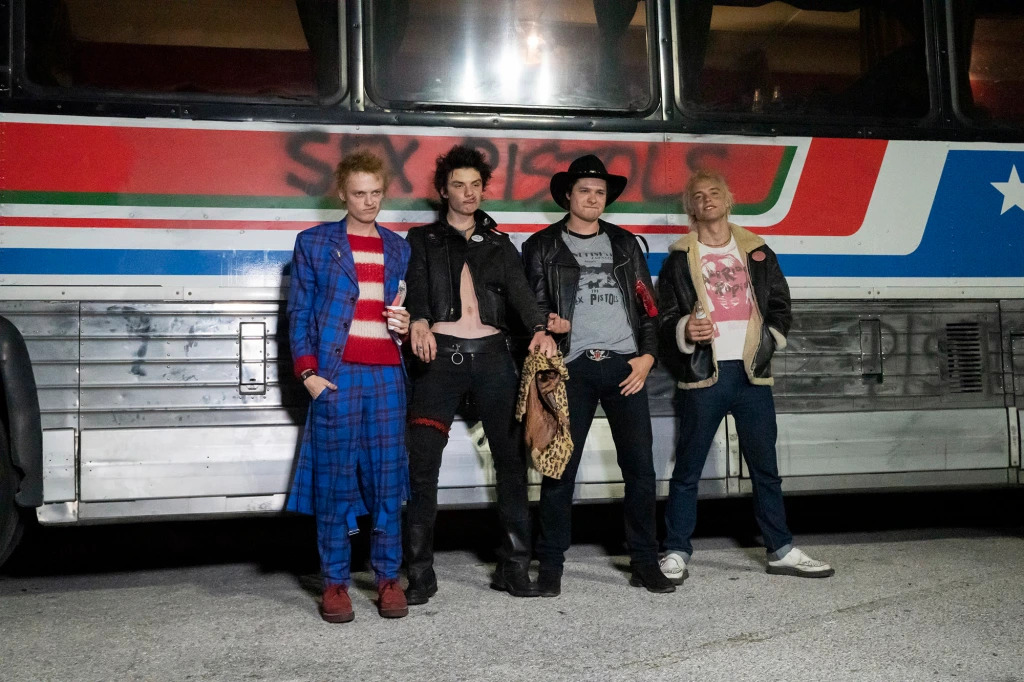 Based on ‘Lonely Boy: Tales from a Sex Pistol’ by Steve Jones, ‘Pistol’ is a biographical drama series that details the journey of Steve Jones and the Sex Pistol‘s rise to fame and notoriety. Created by Craig Pearce, the drama show features some stellar performances from a talented ensemble of cast members, including Toby Wallace, Maisie Williams, Louis Partridge, Anson Boon, and Jacob Slater. Fans of shows about musical bands might want to learn more about this biographical series. In case you are looking for ways to watch it, here is everything you need to know!

What is Pistol About?

Set in the 1970s, the narrative revolves around the legendary guitarist Steve Jones and the notorious band named Sex Pistols, of which he is an important part. The band involves a bunch of rebellious and noisy kids who threaten to bring down the government and revolutionize music and culture for good. Their journey towards fame is portrayed mainly through Steve Jones, who is the founding member of the punk band.

Is Pistol on Netflix?

Unfortunately, ‘Pistol’ is not a part of Netflix’s massive collection of movies and TV shows. However, that should not stop you from watching similar shows on the streaming giant; we recommend watching ‘The Get Down‘ and ‘Hollywood.’ Although both the shows don’t involve rock bands, they do share the same theme of revolutionizing the industry and doing their best to make it to the top.

Is Pistol on Hulu?

We bring good news for Hulu subscribers! ‘Pistol’ is available for streaming on the platform; you can catch the biographical show here!

Is Pistol on Amazon Prime Video?

Since ‘Pistol’ is not included in the expansive catalog of Amazon Prime Video, you will need to look for the series on other platforms. However, the streaming giant has several other alternatives that you can enjoy watching instead. We recommend you watch ‘Paradise City.’

Is Pistol on HBO Max?

We hate to break it to you that ‘Pistol’ is not a part of the extensive collection of films and shows of HBO Max. Speaking of the platform’s collection though, there are some other alternatives that you can tune into, such as ‘Vinyl‘ and ‘Veneno.’ Even though the latter is not about a band, it is also a biographical drama based on an icon that changed the course of history in her own way.

Where to Watch Pistol Online?

Apart from Hulu, there is currently no other way for you to watch the drama series online. In addition, you don’t have the option of buying or renting the show on any of the digital platforms.

How to Stream Pistol for Free?

Fortunately, Hulu provides a 30-day free trial to all of its new subscribers. So, if you haven’t subscribed to the services of the streamer yet, you can take advantage of this trial period and start streaming ‘Pistol’ free of any cost. Since the biographical series is not available for streaming on any other digital platform, there is no other way for you to catch the series for free. Having said that, we encourage our readers to always pay for the respective subscriptions in order to watch their favorite movies and shows rather than resorting to illegal and unsafe measures for the same.

Read More: Where is Pistol Filmed?