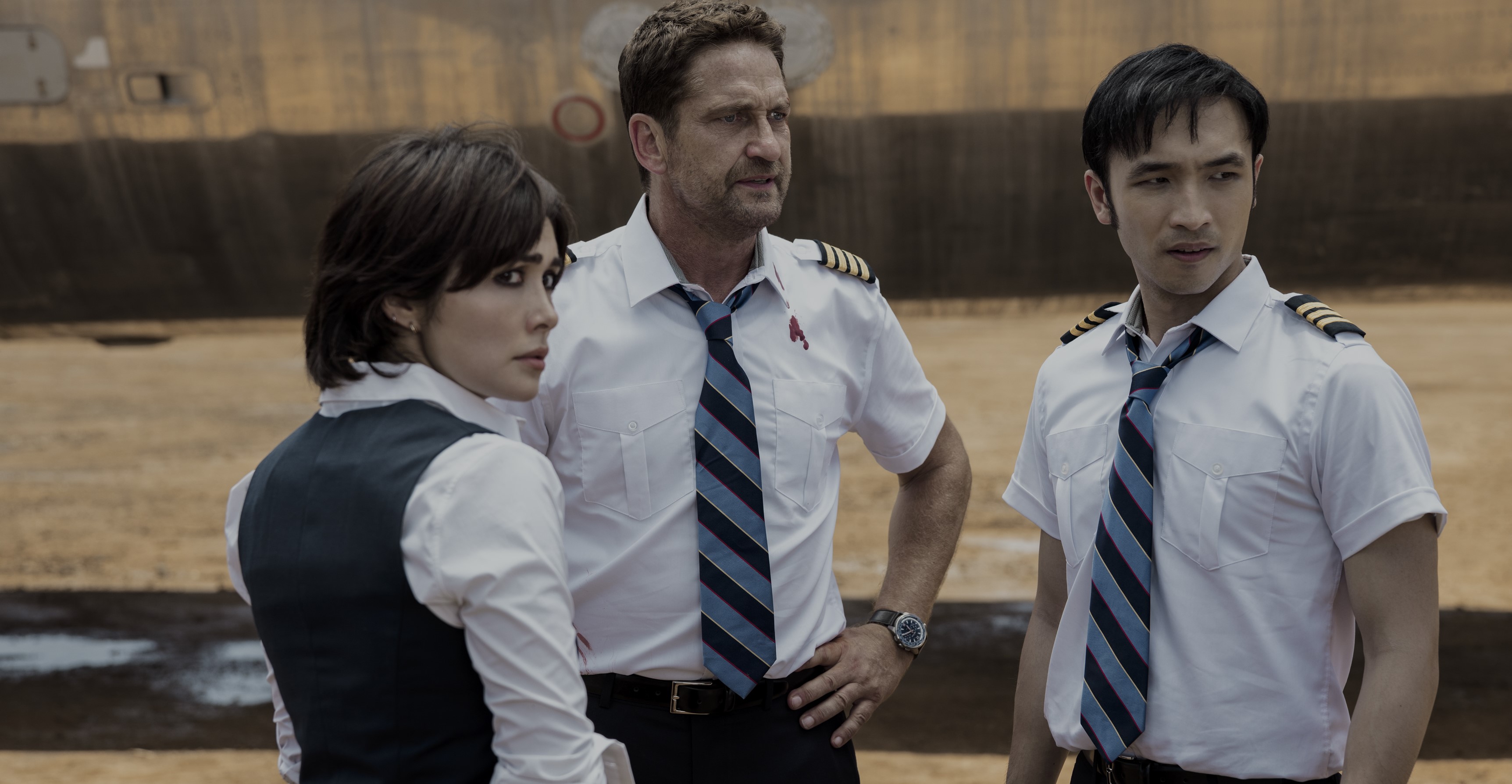 ‘Plane’ is an action thriller film that follows a pilot named Brodie Torrance who, to save the airplane from a lightning strike, makes an emergency landing on the Philippines’ island of Jojo, whose residents are not exactly welcoming of outsiders. Directed by Jean-François Richet, the film is based on Chris Cumming’s novel titled ‘The Plane’ and features impressive onscreen performances from a talented ensemble comprising Gerard Butler, Mike Colter, Yoson An, and Daniella Pineda. So, if you are into action thrillers, you must be eager to know more about ‘Plane.’ Well, in that case, we have all the information!

What is Plane About?

The narrative revolves around Brodie Torrance, a commercial pilot who barely saves all the passengers on his flight, including an accused murderer named Louis Gaspare. Brodie dodges a lightning strike and somehow lands the plane on the dangerous island of Jojo. After becoming subject to the hostile reception from the armed rebels on the island, almost all the passengers are taken hostage by them. Now, Brodie has no choice but to trust Louis and work with him to rescue his passengers. Do you wish to find out if the duo can complete the mission? For that, you will need to watch the thriller yourself, and here are all the ways you can do so!

Is Plane on Netflix?

Unfortunately, Netflix doesn’t have ‘Plane’ for streaming. But thanks to its expansive collection of movies and TV shows, you can turn to similar films on the streaming giant, including ‘Blood Red Sky.’

Is Plane on Hulu?

Hulu subscribers might be disappointed that ‘Plane’ is unavailable for streaming on the platform. However, you can still use your subscription by checking out thrilling alternatives like ‘Money Plane.’

Is Plane on Amazon Prime?

No, ‘Plane’ is not a part of Amazon Prime Video’s regular offering but it is available for purchase on the streaming giant. You can get more information about the same right here! Moreover, you can watch similar action thrillers that are based on airplanes using your regular subscription. We recommend you watch ‘7500‘ and ‘Horizon Line.’

Is Plane on HBO Max?

HBO Max subscribers will need to look for ‘Plane’ on other platforms as it is unavailable on the streamer. Nevertheless, HBO Max makes up for it by giving you adrenaline-packed options, such as ‘Red Eye‘ and ‘Executive Decision.’

Is Plane on Disney+?

While Disney+ doesn’t have ‘Plane’ in its content library, subscribers can tune into similar movies, such as ‘Shipwrecked.’ Although it does not involve an airplane, the characters find themselves deserted on an island, just like ‘Plane,’ when their ship gets wrecked.

Where to Watch Plane Online?

‘Plane’ has been released in theaters as of writing, but you can also purchase the movie on DirecTV, Vudu, AMC on Demand, Spectrum on Demand, Google Play, iTunes, Microsoft Store, and YouTube. But if you wish to get an immersive experience, you can check show timings and book tickets on the movie’s official website and Fandango.

How to Stream Plane For Free?

As mentioned above, ‘Plane’ is only available online for purchase on some digital platforms, so you cannot stream the action film for free. All you can do is hope it arrives on an online platform offering a free trial to its new subscribers. That said, we encourage our readers to pay for the content they wish to consume instead of resorting to illegal methods to do the same.