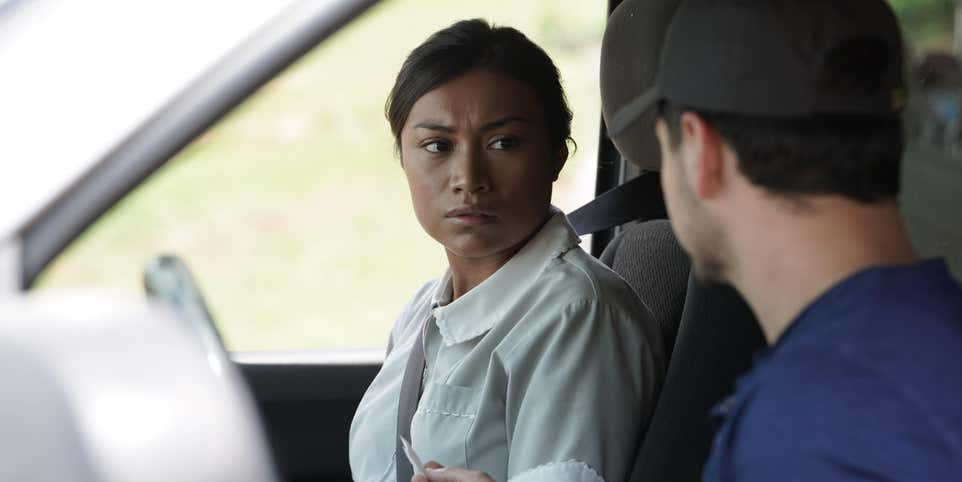 Created by Matt Lopez, ‘Promised Land’ is a family drama series that tells the legendary tale of two Latino families hailing from California’s Sonoma Valley as they try to accumulate as much wealth and power as their desires would allow. It stars John Ortiz, Cecilia Suárez, Augusto Aguilera, and a few other actors in the lead roles. Like most series that showcase family feuds driven by a thirst for control, ABC’s promising family drama has instilled intrigue in many people. If you’re curious to find out more about the show and where you can watch it online, we have you covered!

What Is Promised Land About?

The show starts with the multigenerational Sandoval family, who have established themselves as the pristine owners of one of the largest wineries in California. The family is accustomed to a life of luxury, but their desire for more wealth and power keeps adding up, leading to political friction between the heirs. The older generation claims to have labored more, so when step-son Mateo Flores addresses it in front of patriarch Joe Sandoval, the matter escalates. The Sandovals find themselves in direct conflict with their own forebearers. If you want to watch the episodes online, here is how you can!

Is Promised Land on Netflix?

If you’re looking for ‘Promised Land’ on Netflix, you will not find the series on the platform currently. Instead, there are other TV shows that could catch your interest, such as ‘Greenleaf‘ or ‘Dynasty.’

Is Promised Land on Hulu?

If you’re a subscriber to Hulu, you can watch ‘Promised Land’ on the streaming platform by accessing it through ABC on Hulu+Live TV. But in case you are looking for similar shows on the streamer’s library, you might enjoy watching ‘Queen Sugar‘ and ‘Big Little Lies.’

‘Promised Land’ is not available for streaming on Amazon Prime Video as of now. However, you will easily find alternatives on the streamer. We have a few recommendations of series that are accessible at no additional cost. You can watch ‘Animal Kingdom‘ or ‘Billions.’ Although the former is a family-centric suspense drama, both series feature characters vying for power.

Is Promised Land on HBO Max?

‘Promised Land’ is not a part of HBO Max’s existing video library. If you’re particularly searching for family dramas to watch, you can go for ‘Succession.’

Where to Watch Promised Land Online?

‘Promised Land’ is officially distributed by ABC, so you can watch the episodes online on ABC’s official website or the ABC app. You might even be able to live-stream the episodes on DirecTV, Fubo TV, and YouTube TV. Not only that, but the show might be available on VOD platforms in the near future. A few of these platforms include iTunes, Vudu, Microsoft Store, Google Play, and YouTube.

How to Stream Promised Land for Free?

Hulu+Live TV, Fubo TV, and YouTube TV offer a seven-day free trial to their first-time subscribers. Hence, you can subscribe to the platform and may be able to enjoy at least one episode free of cost before you start getting charged. Moreover, we discourage our viewers from illegally accessing the series and instead pay to watch the shows they are interested in.