Is Queen of the South Season 6 Canceled? 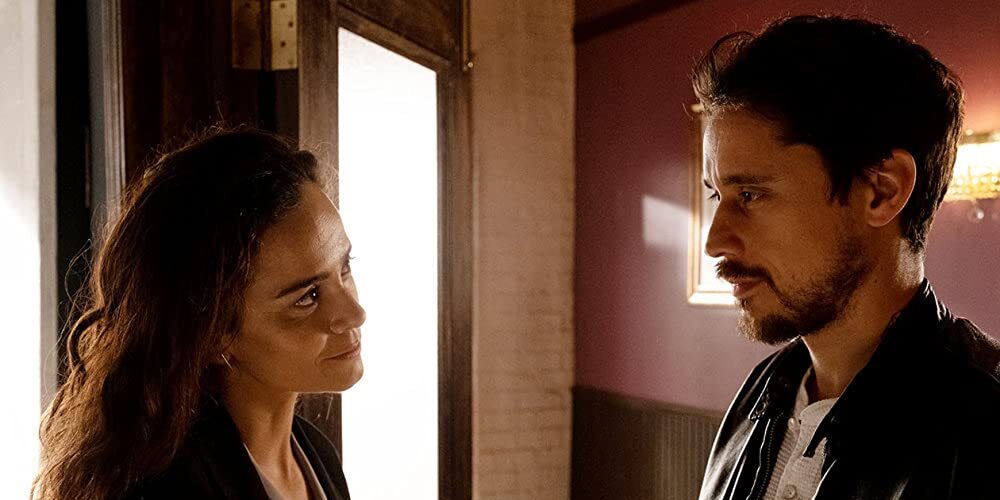 ‘Queen of the South’ is a crime drama television series that follows Teresa Mendoza, whose life turns around after a drug cartel murders her boyfriend. She flees from Mexico and becomes a powerful leader of a vast drug empire. The show is an adaptation of the Telemundo series called ‘La Reina del Sur,’ based on the novel of the same name by Arturo Pérez-Reverte. Created by M.A. Fortin and Joshua John Miller, the action series originally released on June 23, 2016.

The series was mostly well-received by the critics and viewers. Apart from Alice Braga’s compelling performance as Teresa Mendoza, the show has also garnered praise for its writing and visual appeal. The well-choreographed action sequences and the unpredictable storyline have left the viewers thoroughly impressed. As the enthralling fifth season comes to an end, the fans want to know if there will be a season 6. Well, here is what you need to know.

Queen of the South Season 6 Release Date: Renewed or Canceled?

With regard to the sixth season, the fans might want to prepare themselves for what we are going to share. On March 8, 2021, it came to light that the fifth season would be the show’s final outing. No specific reason has been given for why the series is coming to an end, but it could be because it has run its natural course. For a series to last for five seasons is no small feat.

.@AliceBraga can't wait for you all to see the fifth and final season of #QueenOfTheSouth! pic.twitter.com/Uzvvz38wsQ

Frances Berwick, the Chairman of Entertainment Networks, acknowledged the series coming to an end. She said, “For five incredible seasons, ‘Queen of the South’ has captivated us with brilliant storytelling and bold, powerful characters. This series broke boundaries for the genre, and we are so grateful to have had the opportunity to work with this incredible team of creators, cast, and crew, along with our studio partners at 20th Television and UCP. As we close this final chapter, we look forward to a great season culminating in a finale that will give our fans the ending they deserve.”

The announcement came following the news of USA Network changing its direction. It seems that the television network is moving away from scripted series and wants to focus on unscripted content that comparatively draws in a larger viewership. In the future, original shows are expected to be aired on the NBCUniversal streaming platform, Peacock, along with other linear networks. Taking all these factors into account, it is unlikely that ‘Queen of the South’ season 6 will ever get made.

Filming the fifth and final season came with its own set of challenges since the production was postponed due to the COVID-19 outbreak. Braga shared that although there was no change in the course of the way things were supposed to go, the cast and crew worked harder as they were aware that season 5 was the show’s last hurrah. In April 2021, the actress told Forbes, “We got shut down when we were shooting episode one and two. So when they shut us down, we knew it was our final season. I was very nervous because I was so excited to finish the cycle in the sense of telling this story. So when we got shut down, we had the script, so we just carried on through the shutdown, working on the script and getting ready to come back. What was really beautiful, in a way, was that the crew was so committed, so it was such a powerful comeback. After six months being shut down, we had to trust each other even more.”

Braga also said that the highlight of her experience of working on the show was the crew. The actress said that everyone was more like family, and they shared a strong sense of commitment. The character Teresa also left a mark on Braga. She said, “I think it [the character Teresa] was such a powerful, strong woman to play from point A to point B, so different. I think that journey creating that; I’m definitely going to miss it. And I must say I’m excited for the end just because I feel that we completed. And I think the fans are going to be happy with that arc that we were able to create, like to have five seasons of the show. It’s such a blast and such an honor that I’m definitely going to miss it because it was a big part of my life.”

Even though the series is ending its run on USA Network, the fans can always revisit their favorite show on Netflix. Typically, the latest season lands on the streaming platform after concluding its run on the television network. Additionally, the script supervisor Barry L. Caldwell teased that this might happen sooner than expected for the final season. So, viewers outside the US can also enjoy the show’s final run very soon.

Read More: Where Is Queen of the South Filmed?