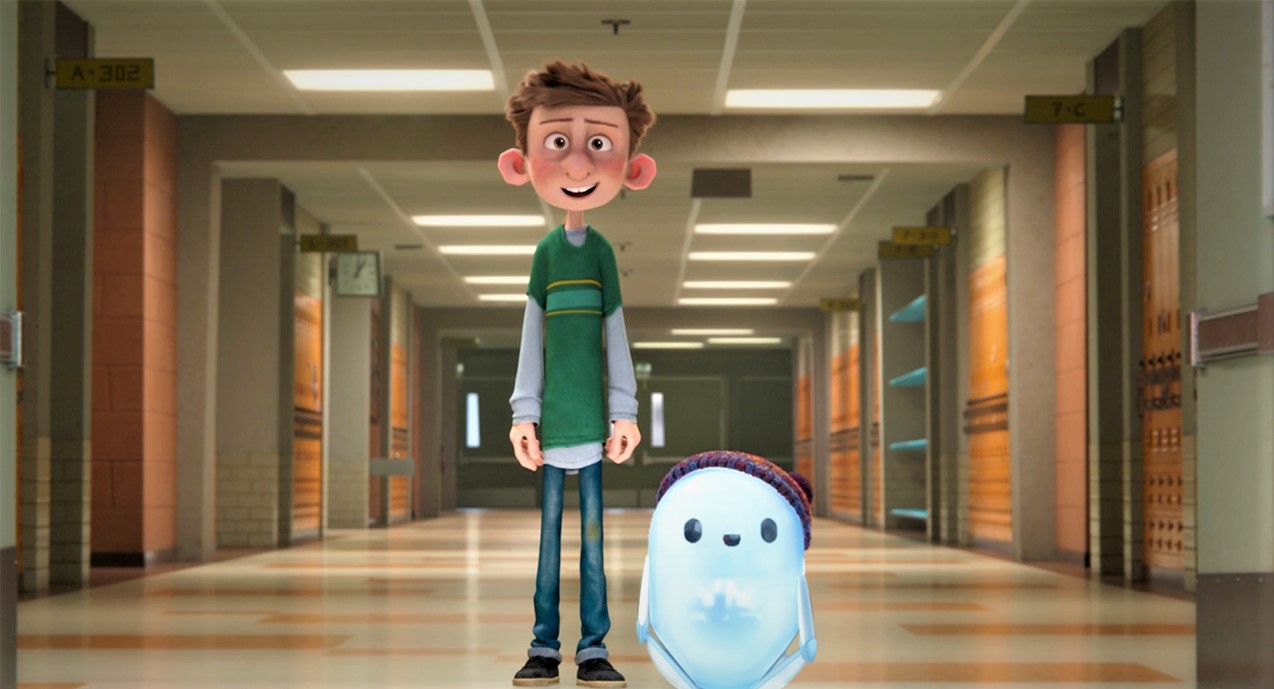 Written by Peter Baynham and Sarah Smith, ‘Ron’s Gone Wrong’ is an animated movie that features talented voice actors like Zach Galifianakis, Jack Dylan Grazer, Rob Delaney, Justice Smith, Kylie Cantrall, Olivia Colman, and Ed Helms. The comedy film follows an innocent middle schooler who has no friends until his father buys him a digitally connected robot that understands him.

However, the young boy’s life soon turns upside down as his new friend malfunctions and wreaks havoc. If you are someone who likes watching animated films that explore themes like friendship and loyalty, then ‘Ron’s Gone Wrong’ might just be the movie you are looking for. Here’s everything you need to know about it.

What is Ron’s Gone Wrong About?

Barney is a socially awkward middle-schooler who has no friends to count on because of his inability to interact like other kids of his age. One day he asks his father to buy him a B-bot, which is a walking, speaking, and a digitally connected robot that is supposed to be his best friend. While his father is initially reluctant, he soon surprises Barney by purchasing him his new friend, Ron. The middle schooler immediately falls in love with his robot, but he can’t help but notice the signs of technical faults with Ron. As time passes, it becomes evident that the B-bot is malfunctioning.

The destruction caused by Ron soon becomes too big to ignore. And as soon as the shady executive running the B-bot company learns about it, he decides to hunt down Ron and destroy him before his company’s stocks take a further hit. As a powerful organization threatens to separate Barney and Ron, can the young boy and his new best friend find a way to stand by each other? In order to find out, you will have to watch ‘Ron’s Gone Wrong.’ Here’s how you can do that!

Is Ron’s Gone Wrong on Netflix?

Netflix subscribers who are looking for the animated film on the streaming giant are bound to be disappointed since it is currently not accessible on the streamer. However, one can watch other somewhat similar movies like ‘The Willoughbys‘ or ‘Klaus.’

Is Ron’s Gone Wrong on Hulu?

Hulu has a massive catalog of films to keep its subscribers entertained. Although it has countless animated movies that are worth watching, ‘Ron’s Gone Wrong’ is sadly not available as of now. If you plan to watch other films, then some of the movies that you may like are ‘Missing Link‘ or ‘Shrek 2.’

Amazon Prime subscribers will have to find other alternatives to stream ‘Ron’s Gone Wrong’ because the Zach Galifianakis-starrer is not included in the streamer’s current offerings. However, you might find ‘Tad, The Lost Explorer And The Secret Of King Midas‘ or ‘Sheep & Wolves’ to your liking.

Since ‘Ron’s Gone Wrong’ is not accessible on HBO Max, viewers looking for something similar can stream other animated movies like ‘Robots‘ or ‘The Iron Giant.’

Is Ron’s Gone Wrong on Disney+?

Disney+ has some really good animated movies that you should probably check out, but sadly you won’t find ‘Ron’s Gone Wrong’ on the platform. We recommend our readers alternatively watch ‘The Incredibles‘ or ‘Treasure Planet.’

‘Ron’s Gone Wrong’ is all set to release theatrically in the United States on October 22, 2021. People who wish to watch the animated science fiction comedy film in cinema halls can book their tickets on Fandango.

Although the movie is currently not accessible on popular VOD platforms, there is a good possibility that the movie may later be available for rent or purchase. Therefore, we recommend regularly checking websites like Google Play, Microsoft Store, iTunes, and Vudu.

How to Stream Ron’s Gone Wrong for Free?

The animated film can only be watched in cinema halls as of now, and it is currently not possible to stream ‘Ron’s Gone Wrong’ for free. We recommend that our readers pay for the content they wish to consume online and avoid all illegal means.