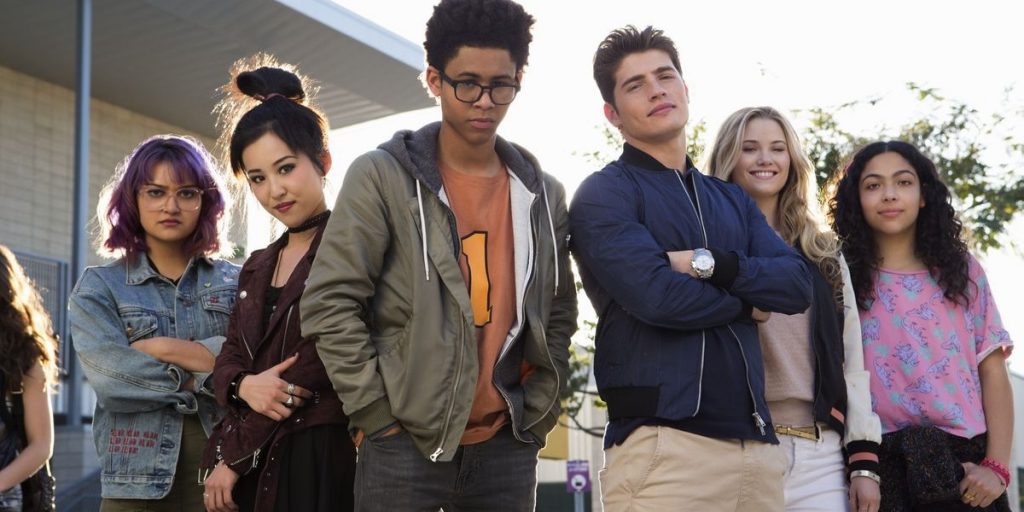 Set in the Marvel Cinematic Universe, ‘Runaways’ or ‘Marvel’s Runaways’ is a television series based on the Marvel Comics superhero team of the same name. Six teenagers (collectively called the Runaways) must get over their differences and work together against a common enemy – their criminal parents, who are supervillains in disguise. Created by Josh Schwartz and Stephanie Savage, the show premiered on November 21, 2017.

Upon its release, the superhero show was well-received by critics as well as the audiences. Over the years, it also managed to garner a loyal fanbase. Despite amassing generally favorable reviews, Hulu pulled the plug on the show after three seasons. Naturally, you must be wondering: why was it canceled, and if there is any chance that there will be a ‘Runaways’ season 4 in the future? Let’s find out!

As per multiple interviews, the creators have stated the reason for cancellation to be that season 3 offers a natural conclusion to the storyline. However, according to Business Insider, ‘Runaways’ had a lower viewership than the Marvel shows that Netflix had canceled earlier. This could imply that the unimpressive number of viewers could have also affected this decision.

The third season focuses on the Runaways facing the most dangerous of all the evil they have come across so far – Morgan le Fay (Elizabeth Hurley). The final season gradually ties up loose ends one by one. The adventures of the Runaways include hopping in and out of the Dark Dimension and finally defeating Morgan. But unfortunately, Gert is killed in that epic encounter.

Towards the end of season 3, the Runaways and the parents work together to save the world – they have all come a long way, we must say! Nico has been mastering her magic, Karolina is in a relationship with a girl called Julie, Molly is about to graduate, and Chase has been working on his time travel. But Alex offers the biggest surprise. An evil version of Alex from 2028 is hell-bent on killing his friends, specifically Nico.

Future Chase intervenes and manages to bring together all the Runaways to deal with the situation, and in the process, also save Gert since they are traveling back in time. Finally, the team sets everything right, which offers an excellent closure to the exciting adventures of the Runaways. However, the final episode ends with Alex finding a note from his future self that reads, “infiltrate Wilder Innovators, hide Mancha, and kill Nico.” Rhenzy Feliz (who plays Alex) shared a post on Instagram, expressing his feelings on the cancellation with a heartfelt caption. 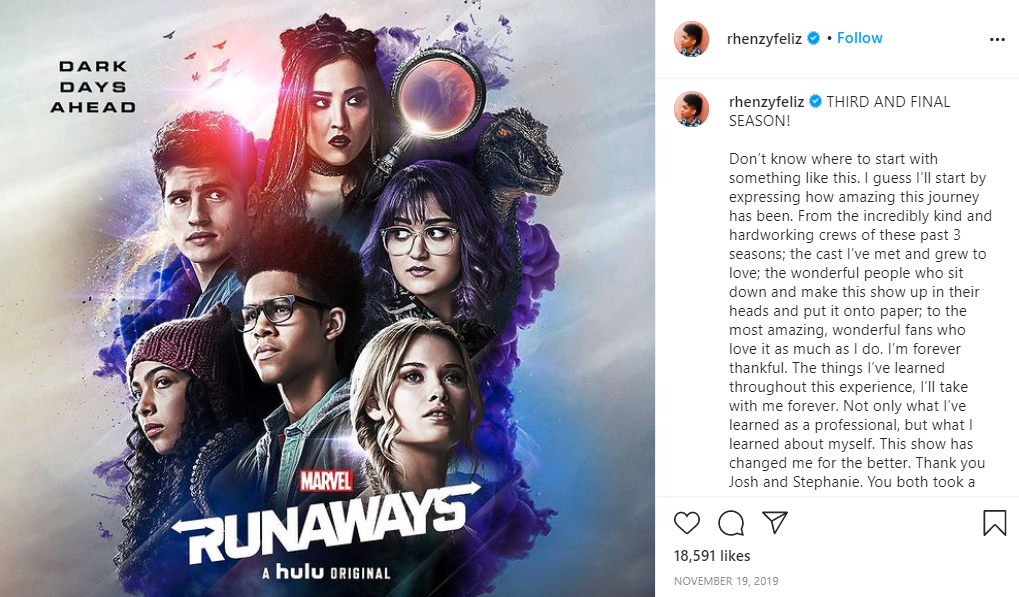 In an interview with Collider, Rhenzy Feliz revealed, “Half of me feels like it was a good way to end ‘cause they knew it might be our last season, so they had us walking off into the sunset, all happy. But at the same time, I knew where the story could have gone, and that would’ve been so cool to explore. So, it’s this weird sense of both, where I’d love to have seen it, but they also did a good job of that final scene.” This implies that although more was planned, the script was reworked to end the series after three seasons.

So, unfortunately, ‘Runaways’ season 4 stands officially canceled. Well, ardent fans who have read the comics will likely know what all turns the show could have taken next. But the rest of us can keep our fingers crossed hoping that the creators may decide to take the story forward in some other way – possibly a spin-off? In the meanwhile, you can revisit the series, which is currently available on Hulu and Disney+.