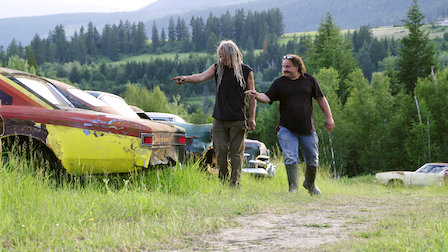 Netflix has a slew of shows which you might feel are not precisely addictive, but you’ll find yourself binging on them in no time. ‘Rust Valley Restorers‘ is one such series that originally aired on Canadian television but has now gained a global audience ever since it made its way to the streaming platform. We follow a crew of automobile lovers who transform abandoned cars, which are almost heaps of rust, and turn them into treasured collectible classics. Despite the niche audience such shows usually target, ‘Rust Valley Restorers’ has blown up, and nobody can get enough of the team. With more visibility comes the inevitable question of whether the series is real or scripted. We’ve got you covered in that regard.

No, on the surface, ‘Rust Valley Restorers’ is quite real. You can visit the garage the Rust Bros. work out of, but there are some aspects of the show which are exaggerated or highlighted to entice viewers. Several car enthusiasts have noted that no technical terms are used in describing the vehicle parts. While this might be a cause of complaint, for hardcore fans, the series targets laypeople as well. Thus, the terminology is intentionally dumbed down so everyone can understand what’s going on.

Similarly, some sticklers like to point out that even small restorations in vehicles take a lot of time, while the entire process is sped up on the show. It is obvious that a series will not film the restoration of a vehicle in real-time, instead opting to portray a project within a single episode’s span.

Now, coming to the more pressing and valid concerns – ‘Rust Valley Restorers’ often focus too much on the family subplots for a show about vehicles. It is understandable because viewers relate more to people than just seeing cars being transformed. To that end, the disputes between Mike Hall and Connor, his son, are primarily staged. Although the father-son duo seems to be at each others’ throats regarding restorations and budgets, the two are actually quite close in real life.

Mike’s financial woes are a little exaggerated in the series as well, so the viewers empathize with him. Admittedly, transforming cars is not a cheap task, and Mike’s invested a fair amount of money – two million dollars by his account. He doesn’t make a profit in every project either, but Mike seems to be quite well off. No matter how sorry we feel for his condition, the truth is that Mike’s television contracts are quite lucrative, and his recent net worth is estimated at a cool five million dollars.

Lastly, there’s the issue of Cassidy, who pretends to know as much about cars as the others. Although the apparent protege’s grown up around cars, reports suggest that she can’t even drive very well, and it took her three times to get the driver’s license. Thus, ‘Rust Valley Restorers’ definitely has some blemishes, but we can look past the surface discrepancies we expect out of every television show. After all, the series has its heart in the right place, which resonates with all viewers drawn to it.