Is See How They Run on Netflix, HBO Max, Hulu, or Prime? 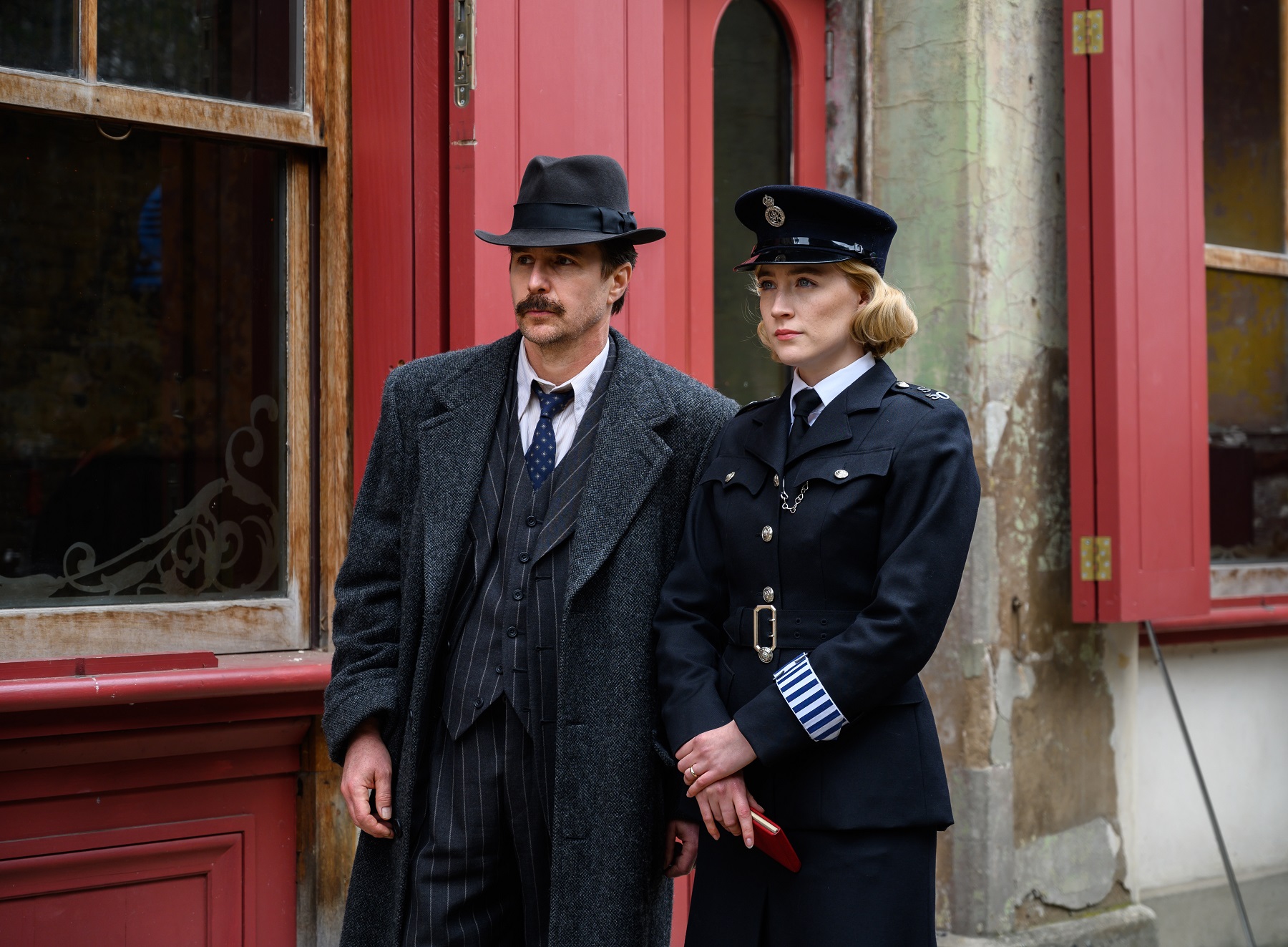 Directed by Tom George, ‘See How They Run’ is a murder mystery comedy movie set in the 1950s. A condescending American movie director named Leo Köpernick comes to London to turn a famous stage play into a film. However, his plans fall apart when he is found murdered. Inspector Stoppard and rookie Police Constable Stalker are assigned to the case, and the duo is determined to find the killer. But as the events preceding the crime unfold, the investigators realize they might have a serial killer on the loose.

Starring Sam Rockwell, Saoirse Ronan, Adrien Brody, and Ruth Wilson, the movie is a delight to watch with its thrilling storyline and on-point comic punches. Every character adds their own charm to the narrative, with the police duo at the center of the whole spectacle. If you are a fan of entertaining whodunnits, this might be the film for you. So, for those interested in ‘See How They Run,’ here’s everything you need to know!

What is See How They Run About?

‘See How They Run’ takes viewers on a journey through London in the 50s. After the death of an American director named Leo Köpernick, Inspector Stoppard and Police Constable Stalker must find out the person behind the crime. Albeit, the task is far from easy as a world-weary Stoppard is frustrated with his rookie partner, and every other person seems to hold a grudge against the deceased. The high-profile case gets further complicated when the investigators realize that Leo might not be the only target and that most suspects might be in danger too. Now, if you are wondering where to watch the movie, we have your back!

Is See How They Run on Netflix?

No, ‘See How They Run’ is not available on Netflix. Nevertheless, the platform does offer some excellent alternatives, such as the aptly named ‘Murder Mystery.’ Starring Adam Sandler and Jennifer Aniston, the movie is an entertaining blend of comedy and mystery as a couple on vacation finds themselves in the middle of a murder investigation.

Is See How They Run on Hulu?

Hulu does not offer ‘See How They Run’ to its subscribers. Those interested in the premise of the Sam Rockwell-starrer might enjoy ‘Deep Water.’ The movie gives the viewers an insight into the complicated love life of a couple that soon turns fatal.

Is See How They Run on Amazon Prime?

Unfortunately, Amazon Prime does not have ‘See How They Run’ in its collection. Instead, members can check out similar films like ‘Blow The Man Down.’ The black comedy thriller follows the residents of Easter Cove as the town’s deepest secrets come to light.

Is See How They Run on HBO Max?

While HBO Max does not have ‘See How They Run,’ do not let that disappoint you. For those intrigued by the concept of the Tom George directorial, we recommend ‘Death on the Nile‘ and ‘The Little Things.’ Both movies are compelling examples of murder mysteries with excellent actors and captivating stories.

Where to Watch See How They Run Online?

For now, ‘See How They Run’ is available only in select theatres and cannot be watched online. To enjoy the movie and have an immersive experience, you can book tickets for your nearest theater on the movie’s official website or Fandango!

How to Stream See How They Run for Free?

Given that ‘See How They Run’ has had a limited theatrical release, one cannot watch it for free currently. All you can do is hope it soon arrives on digital platforms offering free trials to new users. Nonetheless, we request our readers not to use any illegal means to watch the movie and always pay for relevant subscriptions.

Read More: Is See How They Run Based on a True Story?