Is Shining Vale on Netflix, Hulu, Prime, or HBO Max? 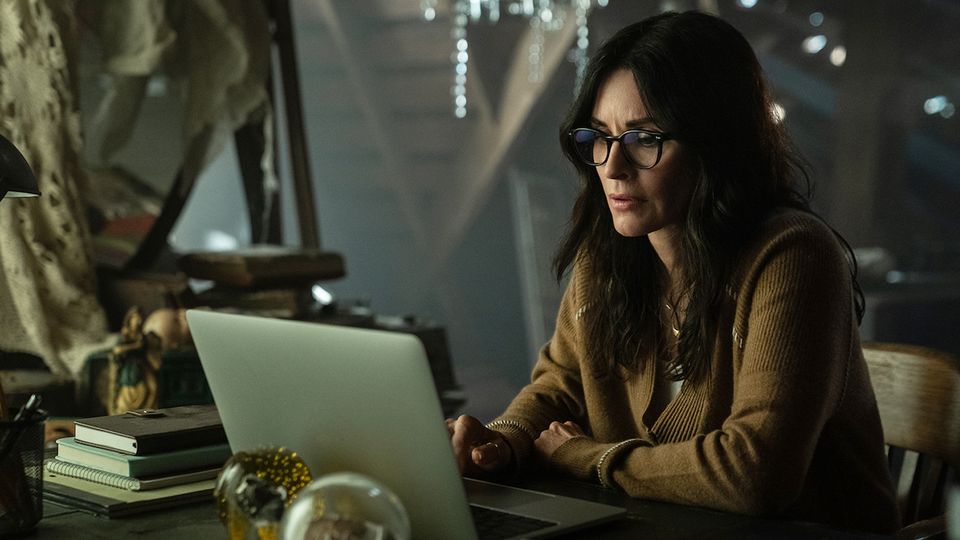 Featuring stand-out performances by Courteney Cox, Greg Kinnear, Sherilyn Fenn, and Gus Birney, ‘Shining Vale’ is a horror-comedy television series created by Jeff Astrof and Sharon Horgan. The film revolves around Patricia “Pat” Phelps, a successful novelist whose life spirals out of control after she cheats on her husband. Forced to leave the city, she moves into a house in a small town with her dysfunctional family, hoping to give herself a new start only to make things more complicated for herself. In case the premise sounds engaging, and you wish to learn more about it, then allow us to be your guide.

What is Shining Vale About?

When her raunchy female empowerment novel becomes a huge hit, Patricia “Pat” Phelps’s life changes for the better. Unfortunately, the good run does not last long, and as soon as she is caught cheating on her husband, Patricia has to leave the city and settle down in a small town with her dysfunctional family. Their new house is sadly has witnessed horrific atrocities in the past. Pat comes to the wrong conclusions about the odd events that she encounters there, but it does not take long for the truth to come out. The demons that live in the house begin to haunt the whole family changing their lives forever.

Is Shining Vale on Netflix?

‘Shining Vale’ is unavailable on the streaming giant as of now. Moreover, the show is also unlikely to arrive on the platform even in the future. Therefore, we recommend our readers alternatively stream ‘Crazyhead‘ or ‘Santa Clarita Diet.’

Is Shining Vale on Hulu?

Hulu’s basic subscription is not sufficient to stream ‘Shining Vale.’ People who wish to watch the show will have to get the STARZ add-on that will provide them the option to live stream the show. You can learn more about it here.

Is Shining Vale on Amazon Prime?

Amazon Prime’s regular catalog does not include ‘Shining Vale.’ However, one can watch the show here using the STARZ add-on that you can purchase for $8.99/month.

Is Shining Vale on HBO Max?

Since the horror-comedy television series is unavailable on HBO Max, people who have a subscription to the streamer can instead watch ‘Tim & Eric’s Bedtime Stories.‘

Where to Watch Shining Vale Online?

‘Shining Vale’ is accessible for streaming on STARZ’s official website. Viewers can also watch the show live on platforms like YouTubeTV, Philo, Sling, and FuboTV. DirecTV, Spectrum, and the Roku Channel can also be used to stream the horror-comedy television series.

How to Stream Shining Vale for Free?

YoutubeTV (occasionally comes with 14-day), Philo, and STARZ add-on offer a 7-day free trial for first-time subscribers, while STARZ gives people a 30-day time period to experience its services. Therefore, one can easily watch the series free of cost, using the aforementioned offers. However, we encourage our readers to refrain from illegal means and watch their favorite content online only after paying for them.