Is Somebody Somewhere on Netflix, Hulu, Prime or HBO Max? 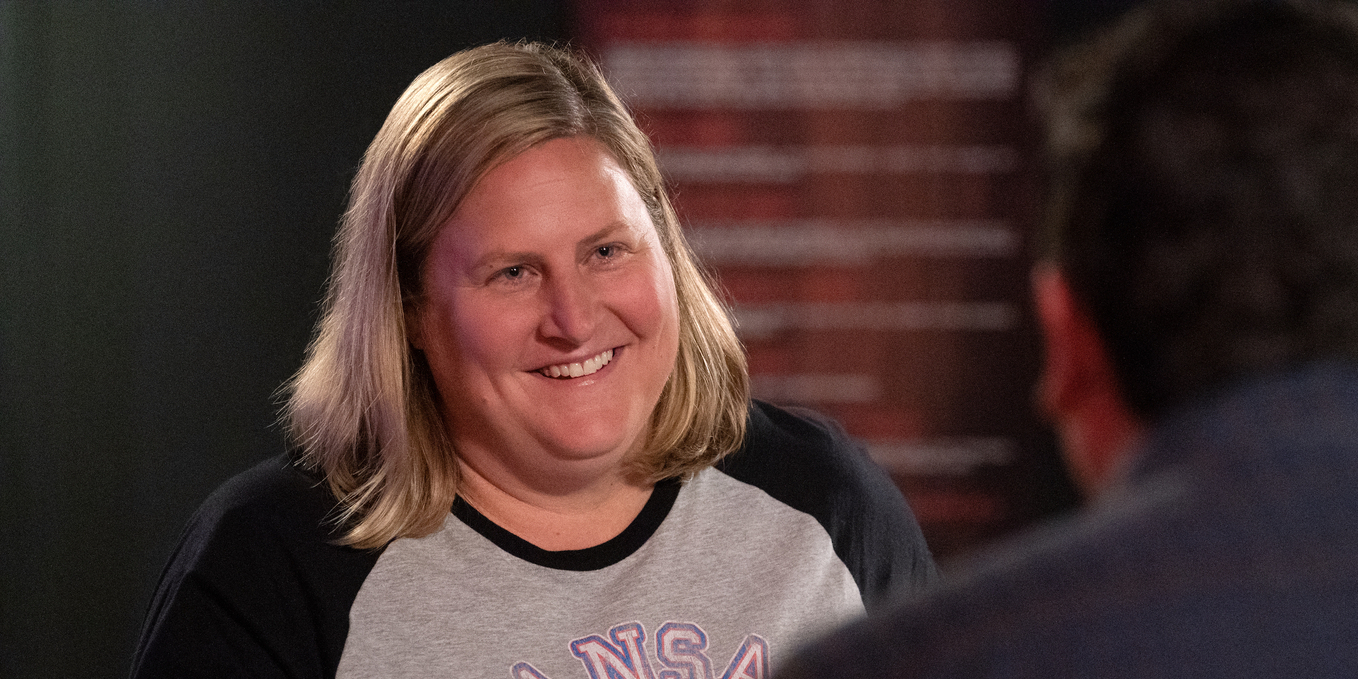 Created by Hannah Bos and Paul Thureen, ‘Somebody Somewhere’ is a comedy series that stars comedian Bridget Everett as Sam, a 40-year-old woman who tries to fix her life after a tragic loss. This endearing tale documents Sam’s life in Manhattan, Kansas, where she had returned a year ago to look after her medically unwell sister Holly.

Besides Everett, the show also features Jeff Hiller, Mary Catherine Garrison, Danny McCarthy, and many more actors who make the series worth watching. People who like existential drama and comedy will love this show about a woman navigating a persistent low point in her life. Now, let us find out more about the Bridget Everett-starrer.

What is Somebody Somewhere About?

The series begins in the wake of Sam’s sister Holly’s death. Sam struggles to move past the trauma that refuses to subside even six months after the tragedy. She has started to work as a disinterested grader of standardized tests besides which, she spends her days moping around. Sam has even stopped talking to people who now see her as a failure.

However, Sam’s former high school classmate Joel, who also happens to be her coworker, begins to comfort her. He remembers her as a prominent personality back in the school days when both of them were in show choir. As the days pass by, Sam tries to break out of her shell with a bit of help from Joel. To know where you can watch this series online, here are all the current options available!

Is Somebody Somewhere on Netflix?

‘Somebody Somewhere’ is not on Netflix as of now. If you’ve already subscribed to the platform, you may check out similar shows such as ‘The Queen’s Gambit’ and ‘After Life.’

Is Somebody Somewhere on Amazon Prime Video?

Unfortunately, you will not find this heartwarming comedy series on Amazon Prime Video in the present moment. However, there are other compelling shows in its video library that you might like, such as ‘Fleabag‘ and ‘Marvelous Mrs. Maisel.’

Is Somebody Somewhere on Hulu?

Hulu does not currently house ‘Somebody Somewhere’ in its exciting collection of movies and TV shows. But if you want to watch other shows on the streamer, there are a few options like ‘The Handmaid’s Tale‘ and ‘Dollface.’ While the former is a drama series, the latter is a comedy show. Although they are quite different from one another, the storylines of both revolve around the female characters, much like the Bridget Everett-starrer.

Is Somebody Somewhere on HBO Max?

Unfortunately, the show is not a part of HBO Max’s regular offerings as of now. However, ‘Somebody Somewhere’ is an HBO original, which means that it might eventually be added to the streamer’s video library. So, we recommend regularly checking for the show here.

Where to Watch Somebody Somewhere Online?

There are currently only a few options available for streaming the show online, the best one being HBO’s official site. Or else you can wait for it to land on popular live-streaming websites like DirecTV, YouTube TV, and Xfinity Stream. Additionally, you may look out for its availability on VOD platforms in the future, like Microsoft Store, Google Play, Vudu, iTunes, and YouTube.

How to Stream Somebody Somewhere for Free?

As ‘Somebody Somewhere’ is not widely available for streaming on websites as of now, you might not be able to watch the show free of cost. However, we always encourage our readers to pay for online content rather than resort to illegal means.