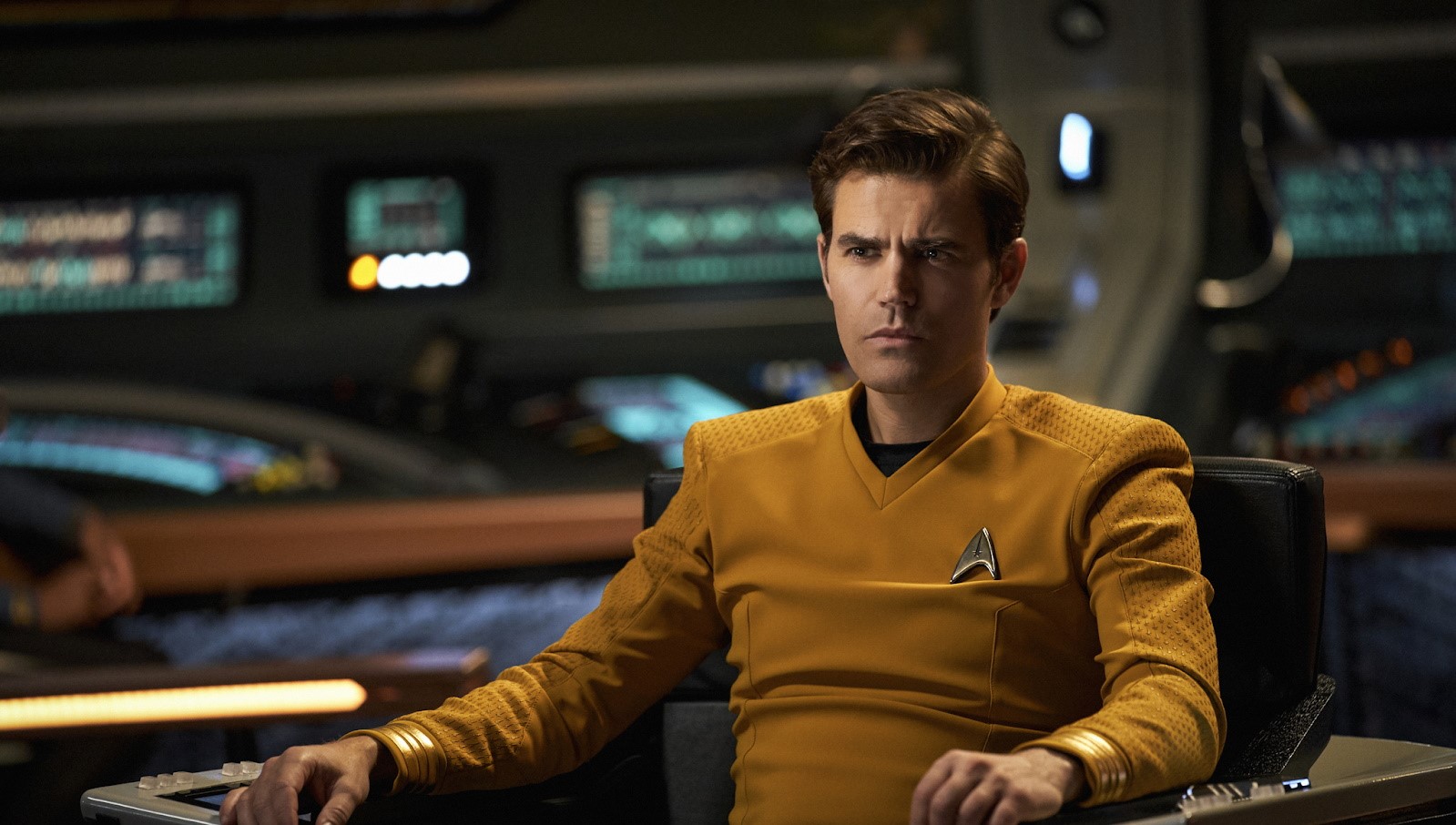 A spin-off of ‘Star Trek: Discovery‘ and a prequel to ‘Star Trek: The Original Series,’ ‘Star Trek: Strange New Worlds’ is a science fiction action series that chronicles the adventure of Captain Christopher Pike and the rest of the crew of the USS Enterprise. Created by the trio of Akiva Goldsman, Alex Kurtzman, and Jenny Lumet, the science fiction series features a talented ensemble of cast members, including Anson Mount, Rebecca Romjin, Ethan Peck, Christina Chong, and Celia Rose Gooding. If you are a fan of the famous franchise, you must be interested to know more about it and watch it yourself. In that case, we have got you covered!

What is Star Trek: Strange New Worlds About?

Set in the decade before the premise of ‘Star Trek: The Original Series,’ the narrative takes us on an adventurous space journey along with Captain Christopher Pike, who is at the helm, and the rest of the crew of the iconic starship USS Enterprise. As the title of the series suggests, all of them wander across the galaxy as they explore some strange new worlds that they come across. Are you keen to follow them on their adventure? For that, you will need to watch the show yourself. Here are all the ways you can catch the science fiction series!

Unfortunately, ‘Star Trek: Strange New Worlds’ is not available for streaming on Netflix. However, thanks to the extensive library of the streaming giant, there are several other alternatives at your disposal. We recommend you watch ‘Lost in Space‘ and ‘Another Life.’

No, ‘Star Trek: Strange New Worlds’ is not a part of the collection of movies and TV shows on Hulu. In the meanwhile, you have the option to turn to other alternatives like ‘Stargate Atlantis‘ and ‘The Orville.’

No, Amazon Prime Video does not house ‘Star Trek: Strange New Worlds’ in its content collection. However, subscribers can make the most of their Prime membership and tune into similar shows available on the platform, such as ‘Farscape‘ and ‘The Expanse.’

HBO Max subscribers will need to search for the science fiction show on some other streaming platform as it is not available on the streamer. Alternatively, people with a subscription can enjoy watching ‘Babylon 5‘ and ‘Avenue 5.’

Since ‘Star Trek: Strange New Worlds’ is a Paramount+ Original, you can watch the series on its respective platform, here! In case, you don’t have a subscription to this platform, you also have the option to catch the science fiction action series on fuboTV.

How to Stream Star Trek: Strange New Worlds for Free?

Fortunately, Paramount+ allows free access to the platform’s content to new subscribers for the first 7 days. Moreover, even fuboTV offers a week-long free trial to its new users. So, you can make the most of these offers and catch ‘Star Trek: Strange New Worlds’ for free. However, once your trial period expires, you would be asked to pay a monthly fee to continue getting access to the content of the platforms. Having said that, we always encourage our readers to prefer to pay for the respective subscriptions to watch their favorite movies and shows instead of resorting to illegal and unsafe methods to do the same.