Is Teasing Master Takagi-san Season 3 on Netflix, Crunchyroll, or Funimation? 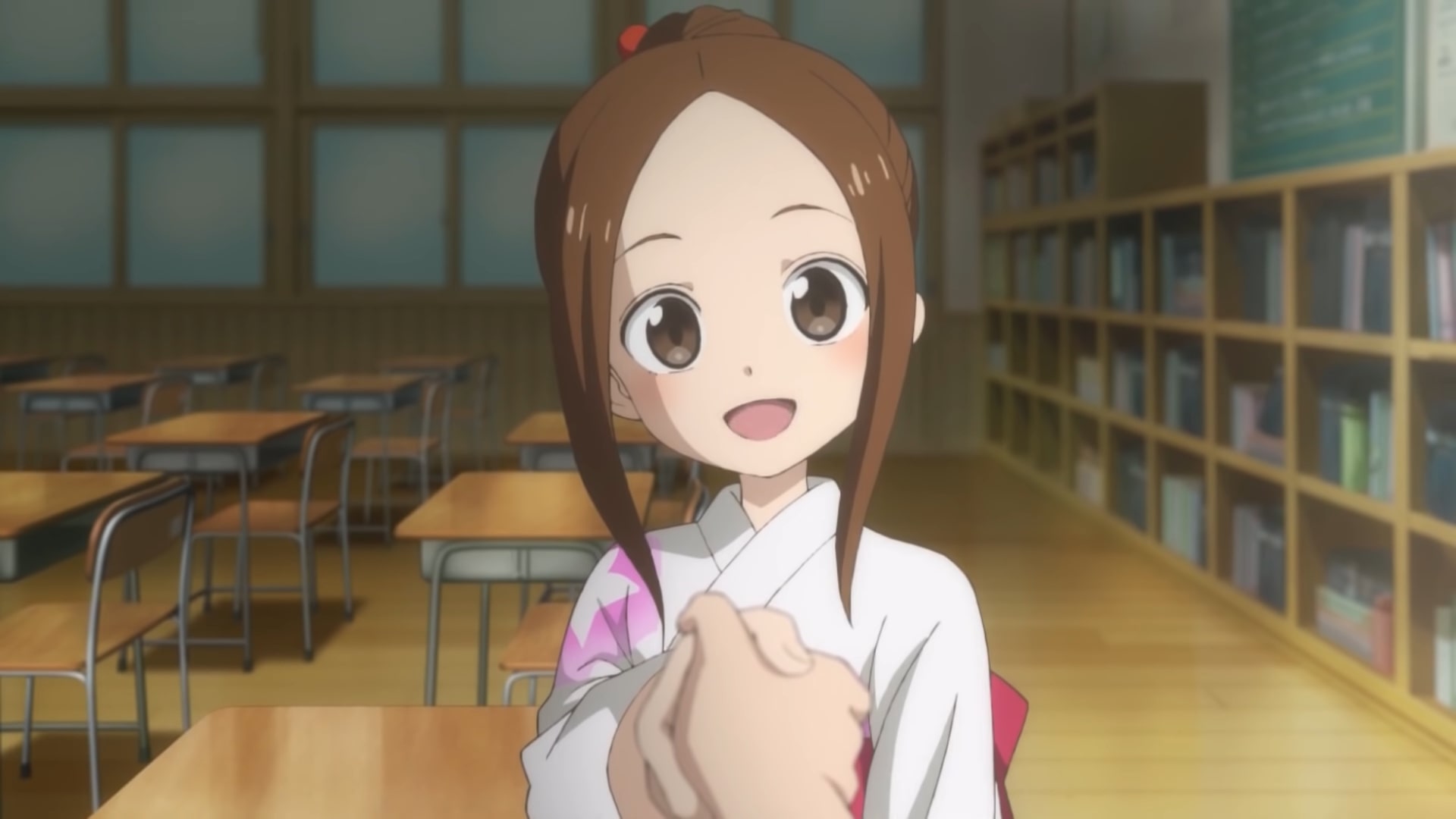 Based on Souichirou Yamamoto’s Japanese manga series of the same name, ‘Teasing Master Takagi-san’ is a romantic comedy anime. The series follows Nishikata and Takagi, two middle schoolers who live in the Tonoshō. After sitting next to each other for several months, the adolescents have a good idea of each other’s nature, but only Takagi uses her understanding to her advantage and loves to tease her fellow classmate.

Irritated by her antics, Nishikata vows to get the better of her someday, but the duo unexpectedly starts developing feelings for one another as time passes. But can any of them gather the courage to confess their feelings? With the third season of the show about to release, fans are still stuck with this question and must be eager to watch the show again, in which case, here’s everything you need to know.

What is Teasing Master Takagi-san Season 3 About?

In season 2, Nishikata and Takagi did personally come to terms with their growing feelings for each other. However, they still could not gather the courage to confess their love and take the next step in the relationship. In the last episode, they went to the summer festival where the duo spent some quality time with each other.

In season 3, fans can expect that Takagi and Nishikata will finally open up about their feelings and discuss the prospect of being more than friends. However, before that happens, it’s likely that they will share their anxieties and fears with their close friends. In addition, their school life will be far more interesting since they have to spend a romantic together and it is bound to create a lot of emotional tension between the two.

No, the romantic comedy anime is not a part of Netflix’s current offerings. However, we recommend our readers alternatively watch ‘A Whisker Away‘ or ‘Words Bubble Up Like Soda Pop.’

Since ‘Teasing Master Takagi-san’ season 3 is inaccessible on Hulu, people with a subscription can instead watch ‘Kimi Ni Todoke: From Me to You.’

The slice-of-life anime is unavailable on Amazon Prime as of now. The series is unlikely to arrive on the platform as on-demand content even in the future. Therefore, Prime subscribers can instead stream ‘LOVE and LIES.’

The series is also not accessible on Crunchyroll. The popular anime streamer has other somewhat similar shows that you may enjoy, like ‘My Teen Romantic Comedy SNAFU.’

Funimation subscribers who are looking for ‘Teasing Master Takagi-san’ season 3 on the platform will be disappointed as it is not available as of now. However, if you wish to watch the first season of the anime, then you can find it here.

In the United States, ‘Teasing Master Takagi-san’ season 3 is exclusively streaming on HIDIVE. You can watch the series on the official website starting January 8, 2021.

How to Stream Teasing Master Takagi-san Season 3 for Free?

HIDIVE comes with a 7-day free trial for first-time subscribers. People who wish to watch the show free of cost can use the aforementioned offer. However, we encourage our readers to refrain from illegal means and watch their favorite content online only after paying for it.