Is The Book of Boba Fett on Netflix, Hulu, Disney+, HBO Max, or Prime? 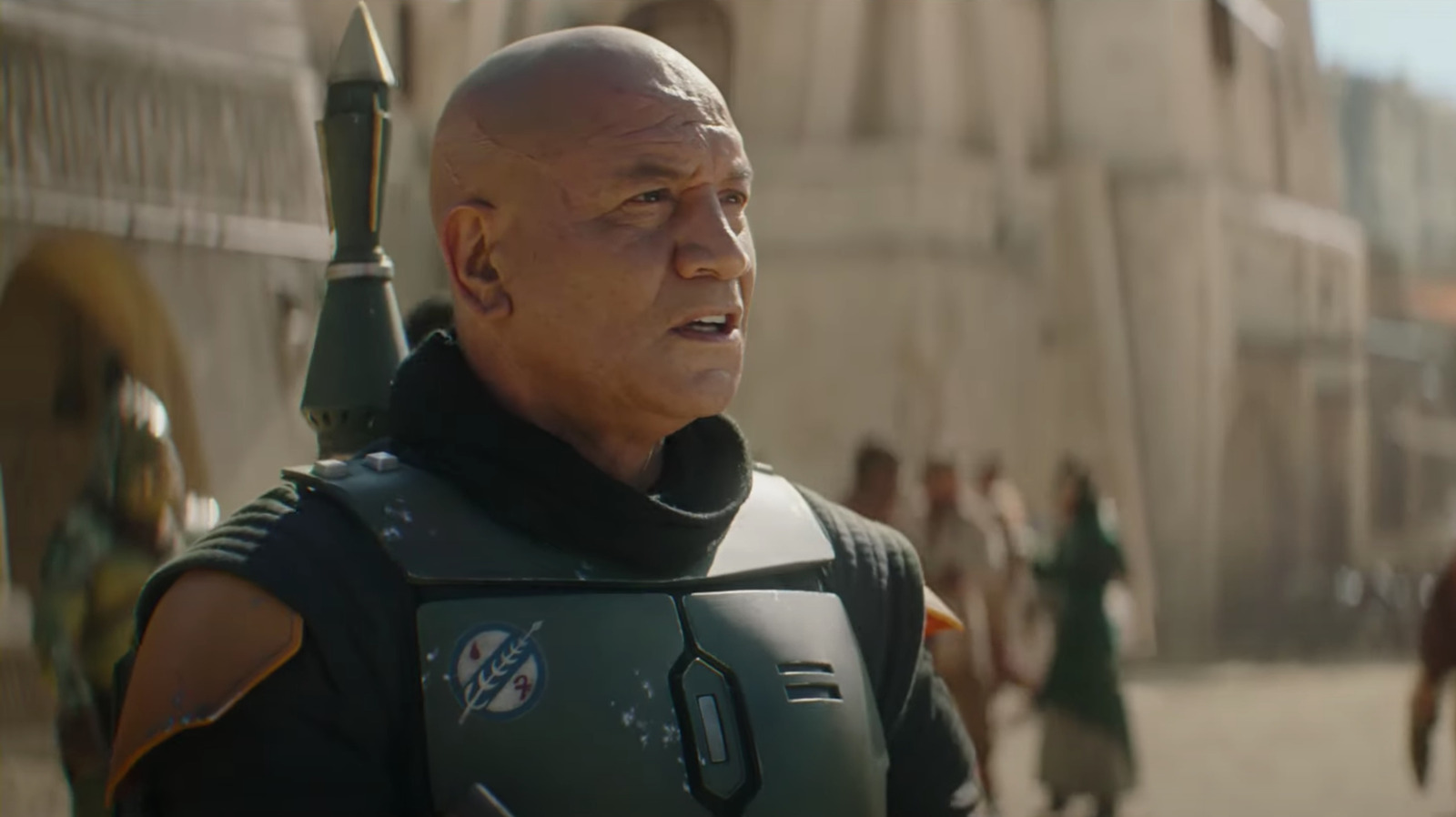 A part of the Star Wars franchise and spin-off of ‘The Mandalorian,’ ‘The Book of Boba Fett’ follows the title character as he returns to Tattooine with Fennec Shand to claim the throne that the deceased Jabba the Hutt once sat on. However, it is not that easy as they must first deal with the underworld of the galaxy.

The show is based on the characters by the legendary director, producer, and screenwriter George Lucas. Featuring Temuera Morrison, Ming-Na Wen, and Jennifer Beals in pivotal roles, the sci-fi series is worth a watch! Since you want to know more about the show, let us share everything we have found.

What is The Book of Boba Fett About?

The death of crime lord Jabba the Hutt leaves a gaping hole in the power structure of Tattooine. Therefore, bounty hunter Boba Fett sees an opportunity to lay his claim on the territory. But first, he will have to deal with others who also have their eyes set on the same. On his journey to the top, Boba Fett is accompanied by the skilled assassin Fennec Shand.

Boba Fett promises to rule with respect as opposed to Jabba the Hutt’s reign of terror. So, what will it take for Boba Fett to finally establish his rule over Tattooine? If the show’s premise has got you curious and you want to watch it, let us explore all the options you have!

Is The Book of Boba Fett on Netflix?

Unfortunately, you will not find the series on Netflix. On the other hand, the streamer has several titles in the same vein that might catch your attention. With that being said, we suggest watching ‘Lost in Space’ or ‘The Silent Sea.’

Is The Book of Boba Fett on Hulu?

Fans of the Star Wars franchise will be disappointed if they hope to catch ‘The Book of Boba Fett’ on Hulu. But if you are willing to give the Star Trek franchise a shot, we have a few interesting recommendations. You can watch ‘Star Trek: The Original Series’ or ‘Star Trek: Voyager.’

Is The Book of Boba Fett on Amazon Prime Video?

Sadly, the Boba Fett-fronted series is not a part of Amazon Prime Video’s vast catalog. However, the streamer has many other space-related sci-fi series that might be right up your alley. Therefore, you may enjoy watching ‘The Expanse’ or ‘Farscape.’

Is The Book of Boba Fett on HBO Max?

The sci-fi action series is not a part of HBO Max’s current list of offerings. But we can recommend other shows that are similar in tone. You can check out ‘Westworld’ or ‘Falling Skies.’

Is The Book of Boba Fett on Disney+?

Since ‘The Book of Boba Fett’ is a Disney+ original, the show is exclusively available on the streamer starting December 29, 2021. You can subscribe and watch the series right here!

Where to Watch The Book of Boba Fett Online?

The only way to watch ‘The Book of Boba Fett’ is on Disney+. All you need to do is subscribe to the streaming service. You can access its vast library of content by paying $7.99 per month or $79.99 per annum. The latter is a more cost-effective option.

How to Stream The Book of Boba Fett for Free?

Since Disney+ does not offer a free trial, there is no way to watch the series for free. But subscribing to the streaming service and watching the much-awaited sci-fi action drama is a viable option. Moreover, we encourage our readers to avoid using illegal methods to access the content they wish to consume online.