Is The Deer King on Netflix, HBO Max, Hulu, or Prime? 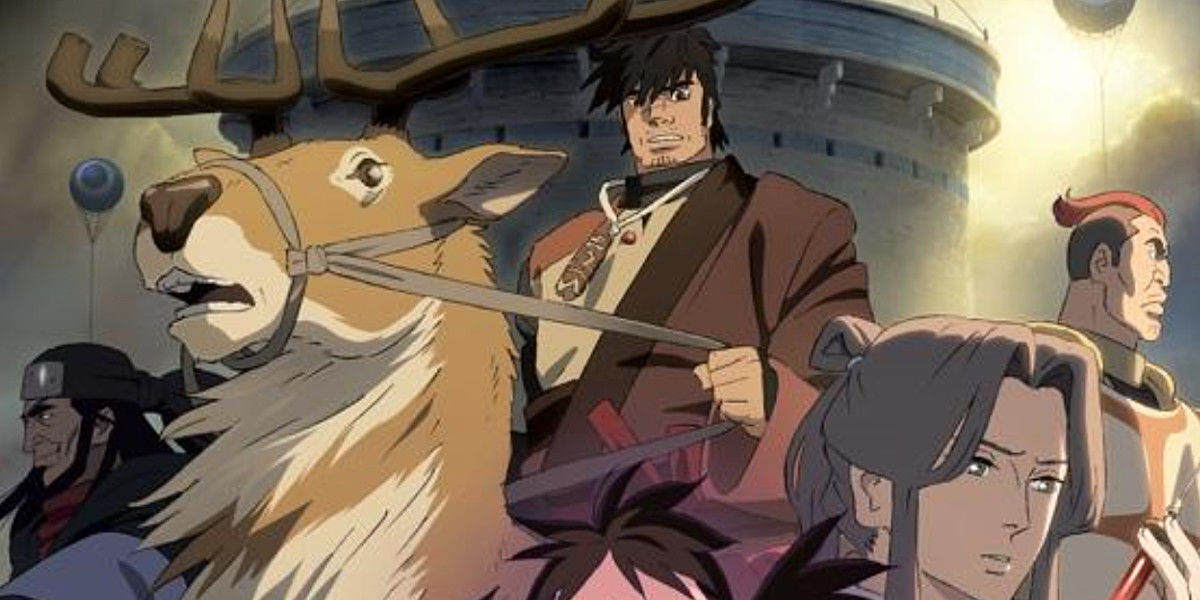 The Japanese original action animation movie ‘The Deer King’ is a labor of love of directorial pair Masashi Ando and Masayuki Miyaji. Based on the fantasy novels by Nahoko Uehashi, the movie lays bare a dynamic world of struggle and humanity. The lore follows a warrior who flees a salt mine while protecting a little girl; meanwhile, a virus outbreak has already ravaged parts of the populace in the past and is on the rise again.

As a physician looks for a cure, the warrior and the girl try to live low-key lives in the countryside. The movie has been praised in the media for its vivid animation and world-building. Though, if you wish to learn more about ‘The Deer King’ and how you can catch it, we have all the details ready for you. Let’s begin!

What Is The Deer King About?

In the aftermath of a deadly war, the Empire of Zol controls much of the rival territory of Aquafa, except the Fire Horse Territory, which is not controlled by anyone. Furthermore, wild dogs who once brought the Black Wolf Fever still roam the dungeons. In a Zol-controlled mine, Van, a former soldier, gets trapped with a girl named Yuna. To make things worse, a pack of dogs bites them, exposing them to the threat of the deadly disease. However, Van sets himself free, rescues Yuna, and heads to the countryside choosing a reclusive life. But soon, a storm rages worldwide, and they find themselves in the whirlpool.

Is The Deer King on Netflix?

Unfortunately, ‘The Deer King’ is not on Netflix. Nonetheless, the streaming giant offers a slew of similar animated movies, such as ‘A Whisker Away‘ and ‘I Lost My Body,’ which will be well up to your liking.

Is The Deer King on HBO Max?

No, we do not have hopeful news for the subscribers of HBO Max since the streaming platform is yet to include the title in its vast library. Luckily, its collection offers several classic animated movies, from ‘Ponyo‘ to ‘Kiki’s Delivery Service.’

Is The Deer King on Hulu?

At the moment, Hulu subscribers may not find the movie in the streaming giant’s repository. However, Hulu has several animated films to capture your imagination, like Ari Folman’s ‘The Congress‘ and ‘Akira.’

Is The Deer King on Amazon Prime?

‘The Deer King’ is yet to arrive on the ever-expanding roster of Prime Video, and we are not sure whether it ever will. Meanwhile, you can sample similar animated forays like ‘Rumble‘ and ‘Hotel Transylvania: Transformania.’

Where to Watch The Deer King Online?

‘The Deer King’ premiered in selected theatres on July 13, 2022, and is currently only available to watch in nearby theatres. Therefore, if you seek to watch the unraveling action, you should consider booking tickets from the movie’s official website or Fandango.

How to Stream The Deer King for Free?

Currently, streaming ‘The Deer King’ for free isn’t possible, as it is limited to movie screens. You can only wait for the movie to arrive on a streaming platform that provides free trials to first-time subscribers. That said, we always advise our readers to opt for paying for their favorite content and steer clear of illegal means.