Is The Feast on Netflix, Hulu, Prime, or HBO Max? 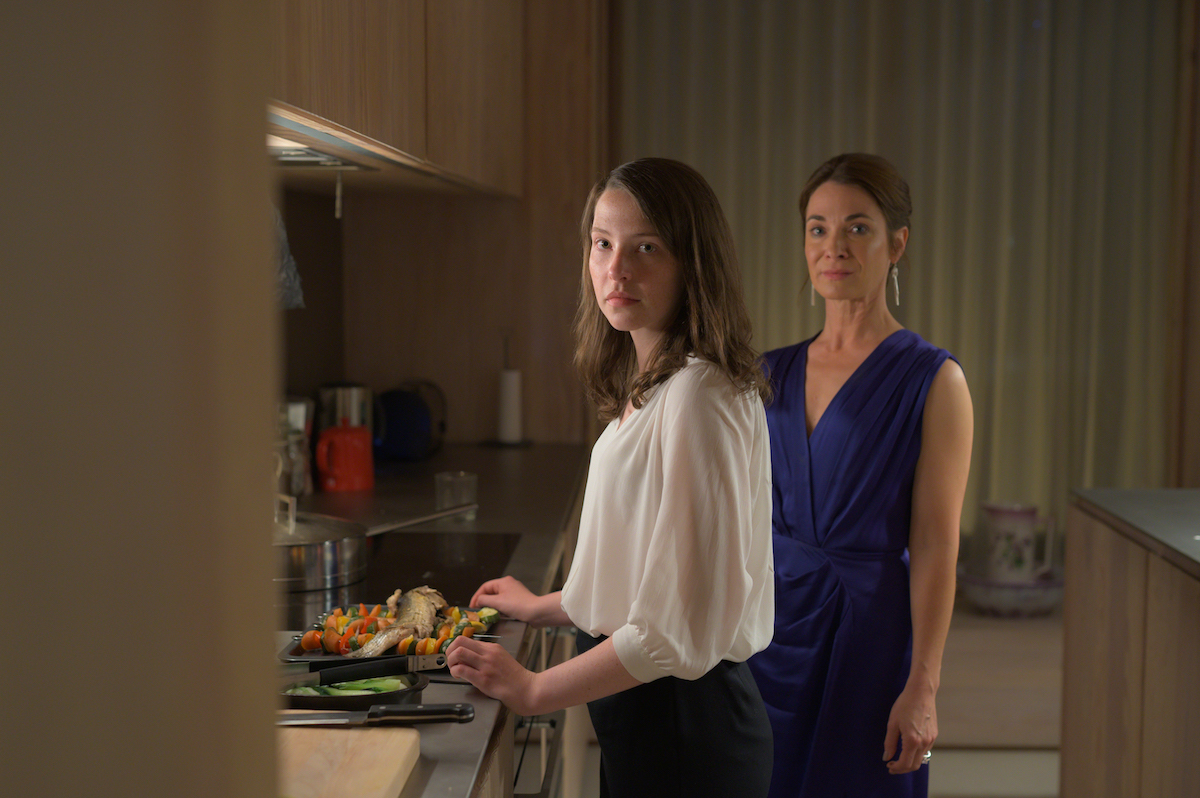 Directed by Lee Haven Jones, ‘The Feast’ is a horror fantasy movie that poses thought-provoking questions of identity, greed, responsibility, tradition, history, and much more. The film centers upon a dinner party organized by an affluent family living in the Welsh mountains. However, things at the gathering unexpectedly take a dark turn after the arrival of a mysterious young woman. What is supposed to be a night of celebration soon spirals into a murderous rampage that ends in an unexpected manner. If the premise of the film intrigues you and you wish to learn more about it, then allow us to be your guide.

What is The Feast About?

In a luxurious house located somewhere in the Welsh mountains, a wealthy family gathers for a dinner party, unaware of the dark forces that await them there. To discuss the mining of the surrounding countryside, a neighboring farmer and a local businessman also join in what appears to be a start of a very productive evening.

However, as soon as the family’s waitress arrives at the party, the atmosphere begins to shift radically and for the worse. The unnerving presence of the mysterious young lady is accompanied by a conflict of values and beliefs that slowly culminate into horrifying murders. In case you wish to learn how the storyline unfolds, you will need to watch the film. And for that, here’s all the streaming information you are going to need.

Is The Feast on Netflix?

The streaming giant has some really-good horror fantasy movies in its catalog. But its extensive offering does not include the Lee Haven Jones directorial. So, we recommend Netflix subscribers alternatively stream ‘The 8th Night‘ or ‘I’m Thinking of Ending Things.’

Is The Feast on Hulu?

No, ‘The Feast’ is not available on Hulu. But people with a subscription to the streamer who are looking for horror movies on the platform may like watching ‘The House That Jack Built‘ or ‘Gaia.’

Is The Feast on Amazon Prime Video?

Amazon Prime Video’s current offerings do not include ‘The Feast.’ Moreover, the film is also not available as on-demand content. But since there is a likelihood for the movie to land on the service in the coming months, one must regularly check for its availability on Amazon Prime Video. Meanwhile, subscribers can watch ‘The Manor‘ or ‘Madres.’

Is The Feast on HBO Max?

The Annes Elwy and Nia Roberts-starrer is not accessible for streaming on HBO Max. Viewers who wish to watch horror films may like other movies such as ‘Annabelle: Creation’ or ‘Sisters.’

Where to Watch The Feast Online?

On November 19, 2021, ‘The Feast’ released in select theaters all over the United States. If you plan to watch the horror fantasy movie in a cinema hall, then you can book your tickets on Fandango. Meanwhile, people who wish to watch the film from the comfort of their homes can rent it on iTunes and Spectrum. The Lee Haven Jones directorial is likely to arrive shortly on VOD platforms such as Google Play, Microsoft Store, and Vudu.

How to Stream The Feast for Free?

The movie released in theaters and is only available online as on-demand content. So, it is not possible to watch the film free of cost. But we encourage our readers to refrain from all illegal means and watch their favorite content online only after paying for it.