Is The Forgiven on Netflix, HBO Max, Hulu, or Prime? 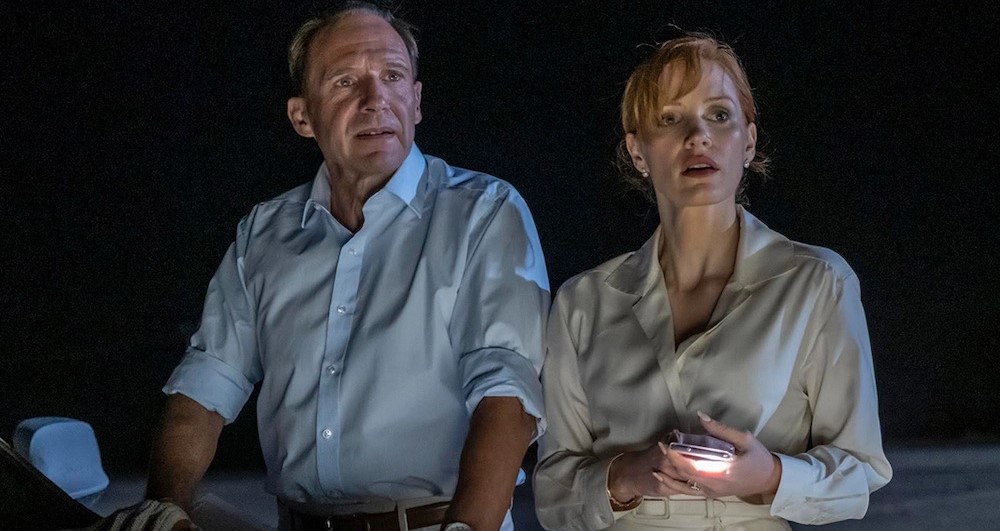 Based on the 2012 eponymous novel by Lawrence Osborne, ‘The Forgiven’ is a drama movie that revolves around a wealthy couple, David and Jo Henninger, who are on their way to attend an old friend’s weekend house party but get involved in an accident with a teenage boy. Directed by John Michael McDonagh, the riveting drama features brilliant performances from a talented cast ensemble comprising Ralph Fiennes, Jessica Chastain, Matt Smith, and Ismael Kanater. If you find yourself drawn to the movie and find the premise intriguing, you must be eager to know more about it and how you can watch it. In that case, we have got you covered!

What is The Forgiven About?

The narrative follows wealthy Londoners David and Jo Henninger as they cruise through the Moroccan desert to attend an old friend’s party over the weekend. However, things turn wild when the couple gets involved in a hit-and-run accident with a local teenage boy. To cover up the incident, they try to act normal at the party, though when the boy’s father enters the scene to seek justice for his son, David and Jo have no choice but to own up to their wrongdoing and face the consequences. Do you wish to find out how things turn out for the wealthy couple? Well, for that, you would have to watch the drama unfold yourself. Here are all the ways you can do so!

Is The Forgiven on Netflix?

No, ‘The Forgiven’ is not one of the movies that Netflix houses in its library of content. Nevertheless, there are various similar films that subscribers can enjoy watching, such as ‘Lovebirds.’ Although there are comedic elements sprinkled throughout this movie, it also involves a couple who find themselves in the middle of a murder mystery and must save themselves and their relationship, just like ‘The Forgiven.’

Is The Forgiven on Hulu?

Unfortunately, Hulu does not have ‘The Forgiven’ in its expansive collection of movies and TV shows. But don’t let it stop you from checking out other alternatives that the streamer possesses. You might enjoy watching ‘Monsters and Men.’ Much like ‘The Forgiven,’ it is about a tragic murder of a person from a minority group and explores the prevalent social divide in society.

Is The Forgiven on Amazon Prime Video?

Amazon Prime subscribers might be disappointed to know that ‘The Forgiven’ is not a part of the streaming giant’s extensive content catalog. Still, you can put your subscription to good use by turning to similar films that are accessible on the platform, such as ‘Felony.’

Is The Forgiven on HBO Max?

HBO Max subscribers will need to look for ‘The Forgiven’ on other platforms as it is unavailable on the streamer’s library. Nonetheless, if you are looking for something similar, plenty of options are available on the platform. We recommend you watch ‘Reservation Road‘ and ‘Human Capital.’

Where to Watch The Forgiven Online?

‘The Forgiven’ has been released exclusively in theatres, so currently, there is no way for you to watch the drama film on any of the digital platforms. Currently, the only way you can find out the fate of David and Jo is on the big screen. So, if you cannot wait to watch the movie, you can check out show timings and book tickets on Fandango.

How to Stream The Forgiven For Free?

As mentioned above, ‘The Forgiven’ is not available for streaming on any of the digital platforms, which means that there is no way for you to stream the drama film for free. All you can do is hope that it lands on any of the online platforms offering a free trial to their new users. Meanwhile, we encourage our readers to pay for the content they wish to consume instead of turning to illegal and unethical means to do the same.