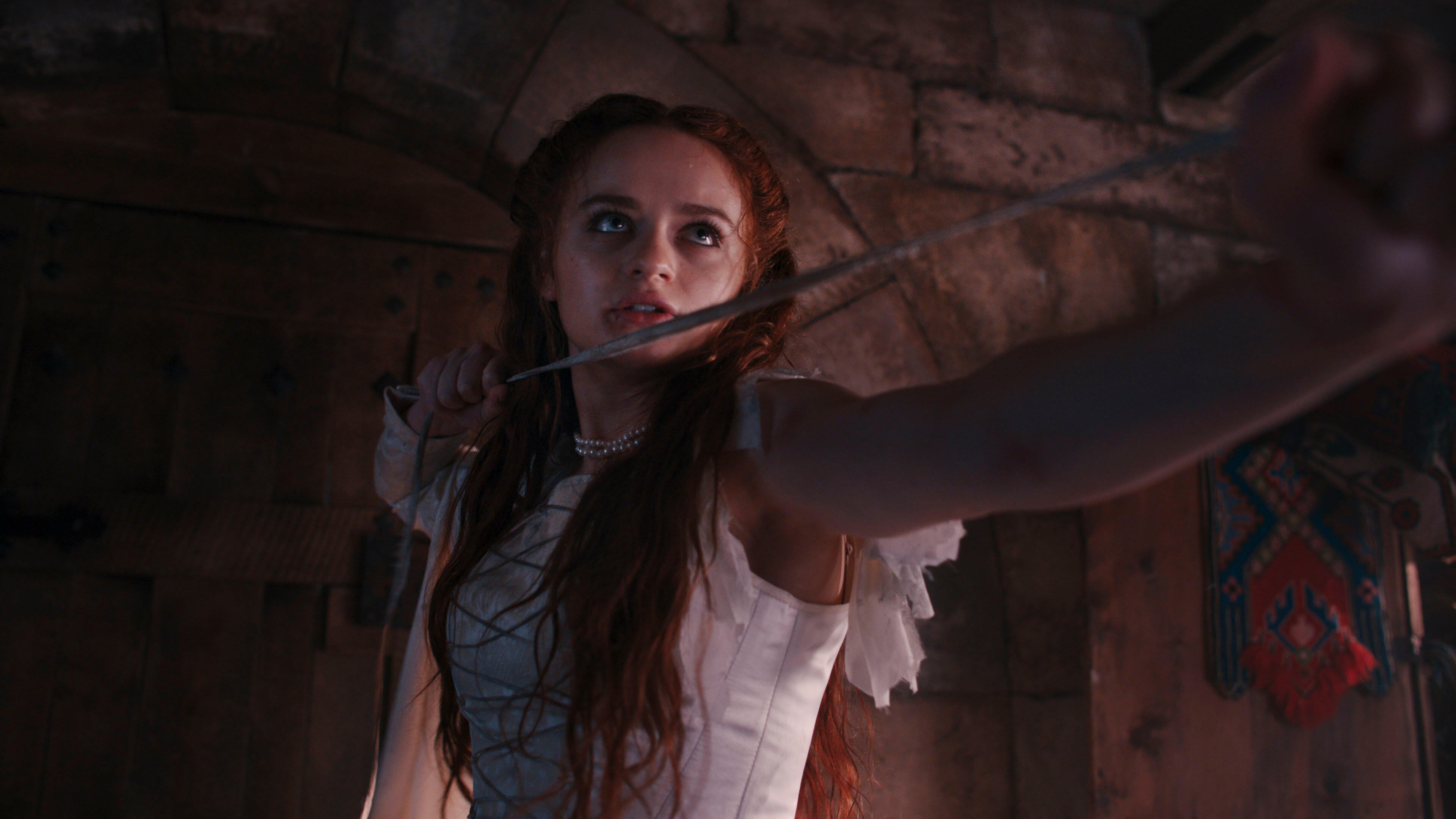 Directed by Le-Van Kiet, ‘The Princess’ is a dark fantasy comedy film that follows a princess engaged to be married to Lord Julius. However, the princess refuses her suitor, enraging the cruel sociopathic man, who arranges for her to be kidnapped and locked away in a tower in her own father’s castle. While Lord Julius strives to take the throne from the king, the princess waits for no man and rescues herself. She has to do her best to save her family and the kingdom.

With Joey King as the titular royal character, the comedy action movie is a delight to watch. The film subverts almost every established trope from a classic damsel-in-distress story and provides an action-filled journey. With a hilarious mix of fantasy, action, and humor, the film has garnered praise from many viewers and has several people eager to check out the movie on their own. If you are in the same boat, here’s how you can watch ‘The Princess.’

What is The Princess About?

‘The Princess’ is the story of a young woman soon to be married to her betrothed, a cruel sociopath called Lord Julius. When the princess refuses to marry her intended, the angered suitor makes arrangements for his once-fiancee to be kidnapped and locked in her father’s castle. However, those meant to be keeping an eye on the princess may have met their match as the royal family member arranges her own escape while taking down the criminals. After regaining her freedom, the princess has to fight through Julius’ machinations to free her family and the rest of the kingdom from the cruel Lord’s clutches. If you cannot wait to watch the Joey King starrer, here’s how you can do it!

Is The Princess on Netflix?

‘The Princess’ is not hosted by Netflix. Instead, use your subscription to check out excellent alternatives, like ‘Disenchantment.’ Despite its animated nature, the show will definitely interest you if you like the premise of ‘The Princess.’ The series follows Bean, a rebellious and alcoholic princess in medical Europe with a taste for adventure.

Is The Princess on Hulu?

Yes, ‘The Princess’ is indeed available on Hulu. You can watch the dark fantasy by heading here.

Is The Princess on Amazon Prime?

No, Amazon Prime does not have ‘The Princess,’ though do not let that disappoint you. For a glimpse into the life of a real-life princess, check out ‘Last Princess.’ The film tells the tale of the last princess of Korea who was taken to Japan as a hostage.

Is The Princess on HBO Max?

HBO Max does not contain ‘The Princess’ as a part of its vast video library. However, you can use your subscription to check out similarly themed films on the platform, such as ‘Ella Enchanted.’ The movie tells the tale of a young woman named Ella (Anne Hathaway), whose gift of obedience from her fairy godmother turns her life into a frustrating ordeal. In order to free herself from the gift turned curse, Ella embarks on a journey to find the woman who apparently blessed her and make her reverse the spell.

Where to Watch The Princess Online?

As of writing, ‘The Princess’ is exclusively available on Hulu and cannot be viewed on any other platform.

How to Stream The Princess for Free?

Hulu offers a 30-day free trial to every new subscriber, which you can use to check out ‘The Princess.’ We urge our readers not to use illegal means to watch the movie they love. Paying for relevant subscriptions helps those who have worked hard to bring you your favorite films.