Is The Rookie on Netflix, HBO Max, Hulu, or Prime? 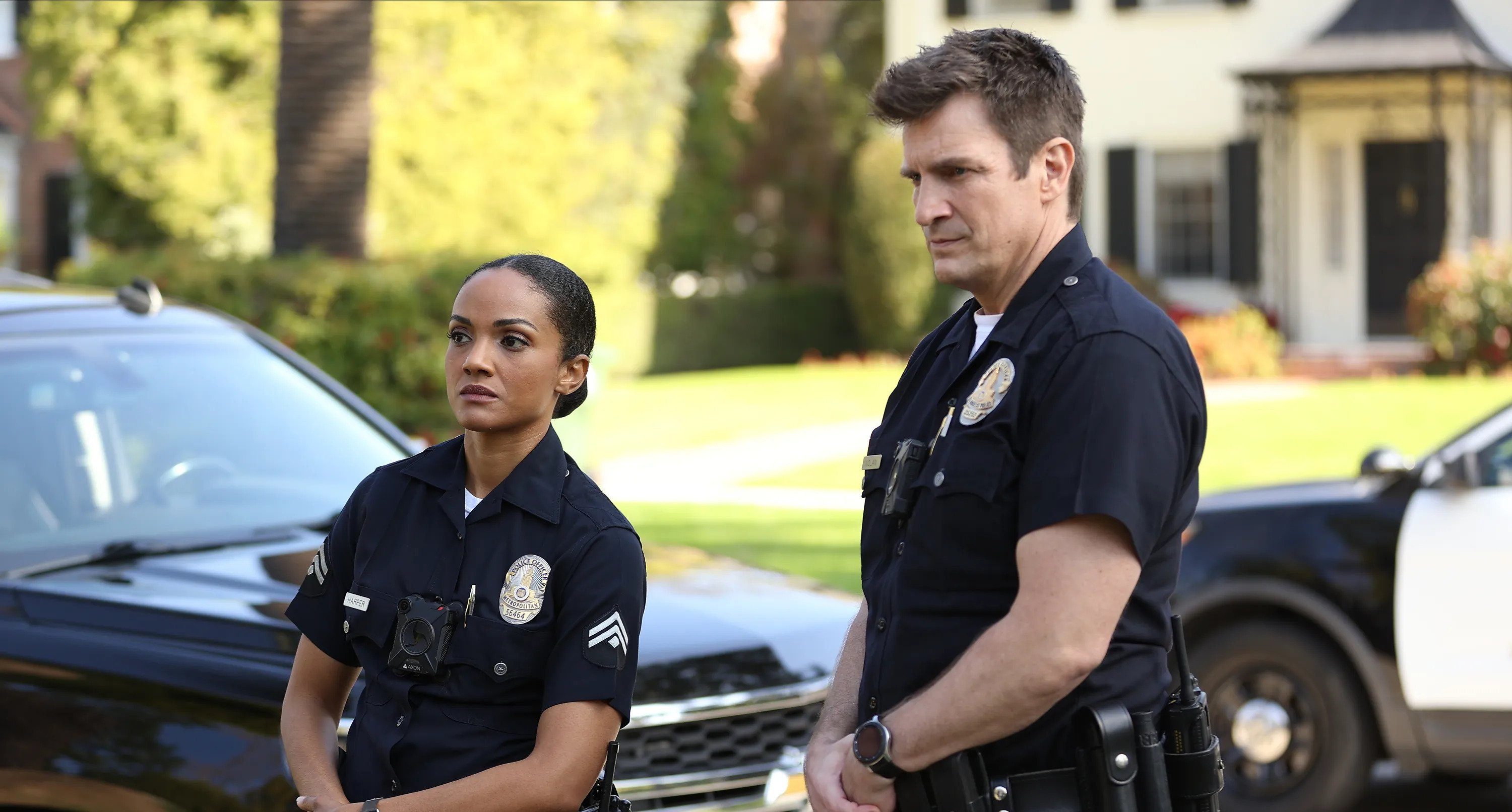 ‘The Rookie‘ is an exciting police procedural show that follows John Nolan, the oldest rookie in LAPD. While he is a regular American citizen, he eventually decides to pursue his dream of becoming a policeman after helping authorities catch some bank robbers. Created by Alexi Hawley, the series features popular actors like Nathan Fillion, Alyssa Diaz, and Richard T. Jones, among others. So, do you wish to know more about the police show? Fret not, as we come bearing answers.

What Is The Rookie About?

‘The Rookie’ revolves around John Nolan, who the show introduces as the oldest rookie officer in the Los Angeles Police Department. Although he is an ordinary civilian, fate puts him in the middle of a bank robbery, and he manages to use his wit to help authorities apprehend the perpetrators.

Following that incident, John decides to fulfill his lifelong dream of becoming a police officer and joins the LAPD with great enthusiasm. The rest of the series follows his adventures in his new jobs and the cases he has to undertake alongside his department. Now, if you are wondering where one can catch the show, we have you covered!

Is The Rookie On Netflix?

Unfortunately, a subscription to Netflix will not let you watch ‘The Rookie’ on the streaming service. However, we can recommend some equally thrilling crime dramas, including ‘Mindhunter‘ and ‘Murderville.’

Is The Rookie On Hulu?

Yes, All five seasons of ‘The Rookie’ are available on Hulu, and you can catch them here.

Is The Rookie On Amazon Prime?

Amazon Prime subscribers can rent or buy all seasons of ‘The Rookie’ here. Albeit, if you’re looking for regular offerings on the streaming platform, we recommend shows like ‘Monk.’

Is The Rookie On HBO Max?

No, ‘The Rookie’ isn’t a part of HBO Max’s massive library. Nonetheless, crime drama fans might fancy other shows like ‘Reno 911!,’ ‘The Sopranos,’ and ‘Mare of Easttown.’

Where To Watch The Rookie Online?

‘The Rookie’ is available on DirecTV, FuboTV, Xfinity, Spectrum On Demand, and YouTube TV. Additionally, viewers can buy multiple seasons of ‘The Rookie’ from Google Play, Microsoft Store, and iTunes.

How To Stream The Rookie For Free?

People interested in free streaming ‘The Rookie’ are lucky, as Hulu and Xfinity offer a 30-day free trial for new users. On the other hand, DirecTV and FuboTV offer a 5-day and 7-day trial, respectively. Nevertheless, we recommend that our readers pay for their entertainment and discourage them from using illegal means.

Read More: Where is The Rookie: Feds Filmed?