Is The Son on Netflix, HBO Max, Hulu, or Prime? 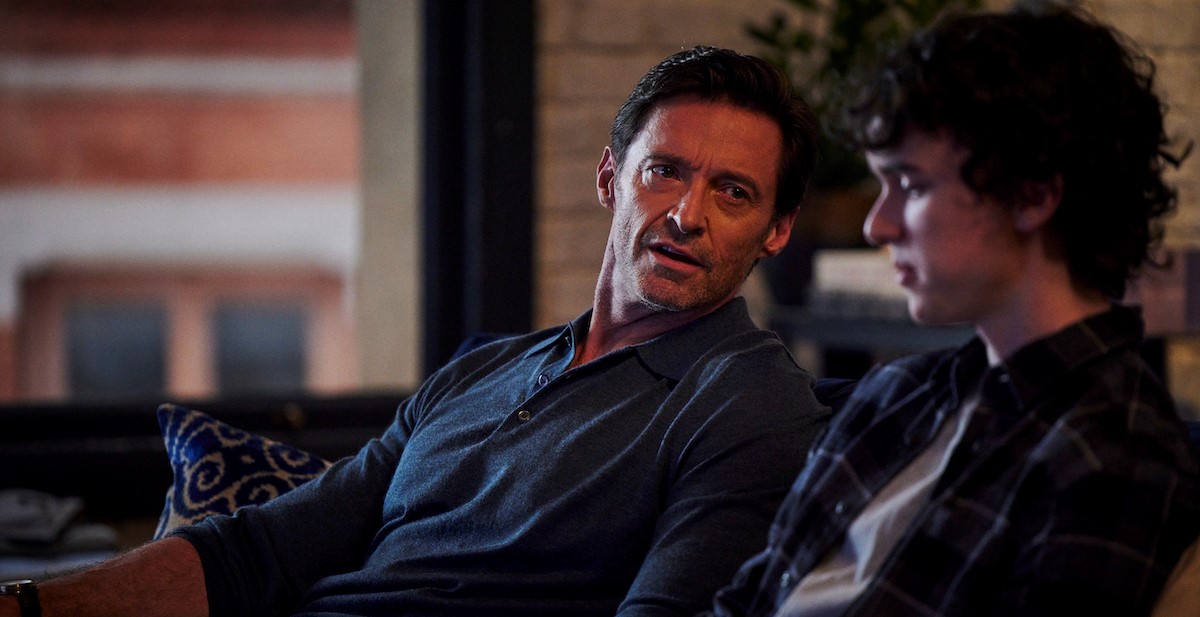 Based on the 2018 stage play ‘Le Fils’ by Florian Zeller, ‘The Son’ is a drama movie that follows a broken-up family finding it hard to reunite, with the spotlight on the father-son relationship of Peter and Nicholas. Co-written and directed by Zeller, the film stars Hugh Jackman, Laura Dern, Vanessa Kirby, and Zen McGrath, whose heartfelt onscreen performances enhance the narrative further. If you are a fan of the actors or intrigued by the movie’s themes, you will be eager to learn more about it. Luckily for you, we have gathered all the information!

What is The Son About?

The narrative follows Peter as he settles into his new yet hectic life with his new partner Beth and their infant. His life turns upside down when his ex-wife knocks on his door to talk about their teenage child, Nicholas, who has been struggling with mental health issues and missing school. Peter lets Nicholas move into his house to make amends and be there for his son, just as he wanted his father to be there for him.

But when Peter focuses too much on his past mistakes, he struggles to realize the importance of his present life with his son. Do you want to know if the broken family can get past old wounds? For that, you will need to watch the film yourself, and here are the ways you can do so!

Is The Son on Netflix?

Unfortunately, ‘The Son’ is not a part of Netflix’s content catalog. But thanks to the plethora of options available on the streaming giant, you can enjoy watching similar drama movies, including ‘Marriage Story‘ and ‘Hillbilly Elegy.’

Is The Son on Hulu?

No, Hulu does not house ‘The Son’ in its expansive collection of movies and TV shows. However, the streamer offers several excellent alternatives that you can watch instead. We recommend you check out ‘Four Good Days.’ Instead of a father-son bond, it focuses on the mother-daughter relationship with the daughter going through a hard time as the mother tries to be there for her, similar to what we see in ‘The Son.’

Is The Son on Amazon Prime?

While Amazon Prime does not feature ‘The Son’ in its library, subscribers still can turn to similar films that the streaming giant houses, such as ‘Fences‘ and ‘Beautiful Boy.’

Is The Son on HBO Max?

HBO Max subscribers will have to look for ‘The Son’ on other platforms as it is unavailable on the streamer. Alternatively, you can tune into gripping alternatives using your subscription, like ‘Ben is Back.’

Where to Watch The Son Online?

‘The Son’ has been released exclusively in theaters, which means there is currently no way to watch the Hugh Jackman starrer online, be it by streaming or purchasing. If your patience is running thin and you wish to catch the drama on the big screen, you can check show timings and book tickets on the movie’s official website and Fandango.

How to Stream The Son For Free?

As mentioned above, it is unfortunate that ‘The Son’ is unavailable on any digital platform. This also means that you cannot stream the drama movie for free as of writing. All you can do is keep your fingers crossed and hope it lands on any online platform offering a free trial to its new users. That said, we request our readers to keep supporting the art of cinema by paying for the content they wish to consume instead of resorting to unethical means to do the same.

Read More: Where Was The Son Filmed?