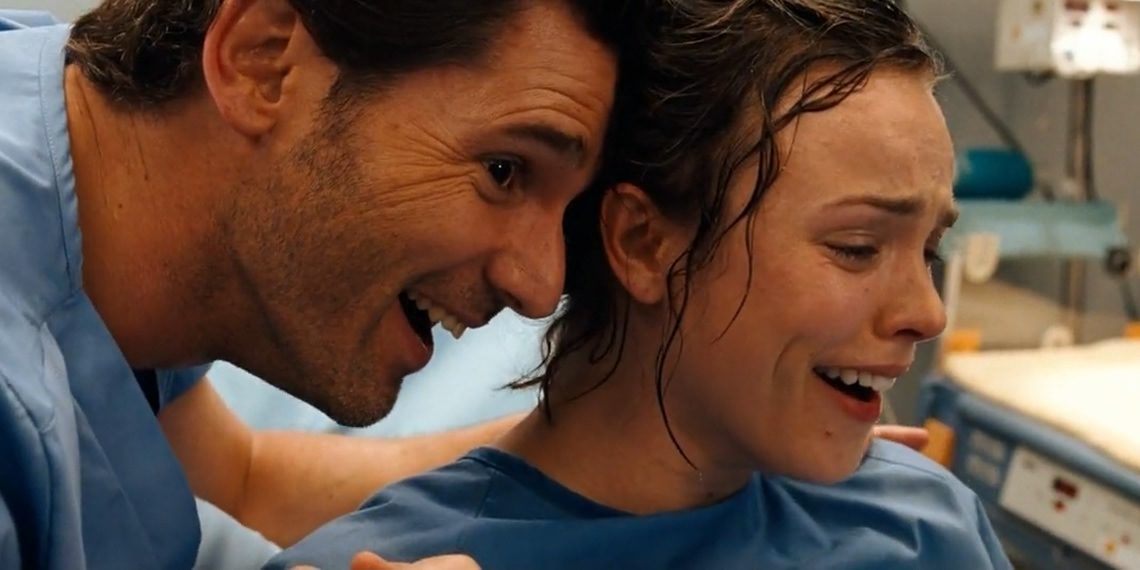 Robert Schwentke’s ‘The Time Traveler’s Wife’ is a timeless tale of an unlikely romance, garnished with sprinkles of time travel nerdy pasta. However, in this film, based on the famous novel by Audrey Niffenegger, time travel is not caused by any intimidating time machine (imagining ‘The Fly’) but by a disorder in the protagonist.

Librarian Henry has a condition where he does not experience life chronologically. He oscillates in time while his future-past wife struggles to keep the time. You may want to watch the oddball classic, primarily since it aims to deliver high sentimental value. If you seek to know more about the streaming options, we have all the details at your fingertips.

What Is The Time Traveler’s Wife About?

Clare and Henry’s unlikely love story is at once sad and uneasy. Henry DeTamble has the ability to sporadically disappear and reappear in space-time. In the beginning, Henry’s mother dies, but Henry gets transported elsewhere. Old Henry meets young Henry to speak about the condition and how he is fated to live with it all his life. Old Henry comes back to his job at the library and meets Clare, a woman who tells Henry about a girl meeting a time traveler in the meadows outside her estate.

Meanwhile, Clare and Henry come closer while having hearty chitchat. In the oscillation of past and present, the movie attempts to chronicle the timelessness of romance. However, as they rarely inhabit the same timeline, keeping track seems difficult for Clare, as she seeks to settle down. The story gets only sadder; we shall leave you to the sobbing parts. Here is how you can stream Robert Schwentke’s popcorn stirrer.

Is The Time Traveler’s Wife on Netflix?

Netflix subscribers are not in luck since the movie isn’t available on the streaming platform. However, Netflix features an array of acclaimed titles, However, you can try out other movies like ‘The Lake House‘ that aim for the same intersection of time travel and romance.

Is The Time Traveler’s Wife on Hulu?

Hulu does not feature the Eric Bana and Rachel McAdams starrer oddball science fiction. But fret not, since Hulu features an array of entertaining romances like ‘Destination Wedding.’

Is The Time Traveler’s Wife on Amazon Prime?

Amazon Prime’s basic offering does not feature ‘The Time Traveler’s Wife,’ although you may use the on-demand option and pay a few bucks to watch the movie. You can find other time travel movies here, like sci-fi romance flick ‘The Map of Tiny Perfect Things.’

Is The Time Traveler’s Wife on HBO Max?

HBO Max subscribers may not see the 2009 movie on the platform. But they at least have a silver lining, as the streamer also features a series on the same book, and you may see the distinct takes on the book. If you happen to have a subscription, you may check out movies like ‘Moonshot‘ that hit a similar spot.

Where To Watch The Time Traveler’s Wife Online?

As we have come quite far into the future from the movie’s release, it is not showing in theaters. You may have to get subscriptions to watch the film at your own pace. Alternatively, you can try Live TV and On-demand options like iTunes, Amazon Prime, Google Play Movies & TV, Vudu, Microsoft TV, DirecTV, and AMC on Demand.

How to Stream The Time Traveler’s Wife For Free?

Unfortunately, neither Netflix nor HBO Max offers free trials. Thus, you may not watch it free of cost anywhere on the web. We suggest that readers refrain from using illegal online platforms to watch movies or shows to avoid malware attacks and similar threats. On the other hand, you may have a vast repository of popular titles if you get a subscription to the streaming giant.