Is There Going To Be a Flora and Ulysses Sequel? 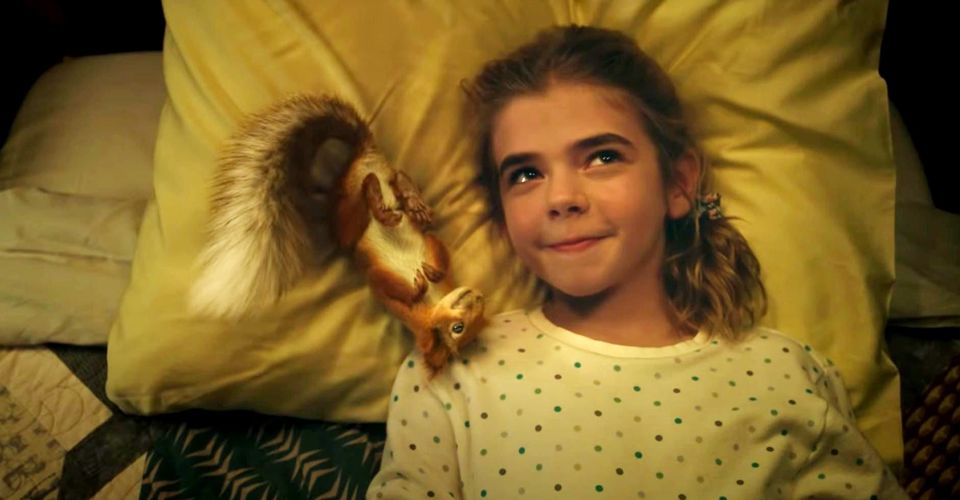 Lena Khan’s ‘Flora & Ulysses’ is a live-action Disney movie that follows the story of a 10-year-old self-proclaimed cynic who is disenchanted with the notions of hope and heroes when she realizes her parents are breaking up. That is, until she rescues a squirrel who apparently has super strength, can fly (somewhat), and writes poetry. Ulysses, the super-squirrel, helps restore Flora’s faith in the power of hope and hash out issues with her family, bringing them all closer together.

It’s a heartwarming film with some stellar performances from the likes of Matilda Lawler and Ben Schwartz (who portray the roles of Flora and her dad), and some genuinely funny moments. If you’re curious to know whether a sequel is in the works, you’ve come to the right place. Here’s what we know about ‘Flora & Ulysses Part 2.’

Flora & Ulysses Part 2 Release Date: When will it Premiere?

‘Flora & Ulysses’ released on Disney+ on February 19, 2021, to mostly positive reviews from critics and audiences alike. As of now, the makers of the film have not said that ‘Flora & Ulysses’ will have a sequel. There has been no announcement by Disney with regard to a sequel of ‘Flora & Ulysses’ and neither have there been any rumours so far. But you know what they say about a Disney movie when it comes to sequels – never say never!

They released ‘Finding Dory’ 13 years after ‘Finding Nemo’ (and after a ton of campaigning on behalf of the fans and one Ellen DeGeneres). ‘The Incredibles’ also got a sequel after 14 years. 12 years passed between ‘Monsters, Inc.’ and ‘Monsters University.’ What we mean to say is, ‘Flora & Ulysses’ could get a sequel movie years later, even if there are no such plans right now. If, however, the movie does get greenlit for a second part before 2021 ends, then you can expect the follow-up film to release sometime in mid-late 2023.

If ‘Flora & Ulysses’ gets a second part, then we can assume that most of the cast from the original movie will return to reprise their respective roles. Matilda Lawler would resume her endearing portrayal of Flora Buckman. John Kassir might come back to provide the vocal effects for Ulysses. Alyson Hannigan would play Flora’s mom, Phyllis Buckman, while Ben Schwartz returns as her father, George Buckman. Anna Deavere Smith may also reprise her role as Dr. Meescham, should a sequel of ‘Flora & Ulysses’ ever get made. If we do get a sequel, we can also expect to see some new faces as fresh characters and storylines are introduced.

Flora & Ulysses Part 2 Plot: What can it be About?

In ‘Flora & Ulysses,’ 10-year-old Flora finds and rescues a super-powered squirrel with a talent for poetry. Shenanigans ensue as Flora tries to protect Ulysses (the name she gives to the squirrel) from an animal control officer who cannot stop brandishing his tranquilizer gun. Protecting and caring for the squirrel throws the broken family together and they are able to work out their issues. The movie’s plot is based on Kate DiCamillo’s children’s book of the same name.

The book ‘Flora & Ulysses’ is a stand-alone story and not part of a series. But if Disney decided to get DiCamillo on board as a writer for the sequel, we could be looking at endless plot possibilities. Because really, a superhero squirrel that dabbles in poetry and its girl best friend would make for versatile protagonists with limitless storylines. There could be countless villains with nefarious plans that our heroes could foil. If Disney chooses to go ahead with the sequel, it might be well worth the wait.