Is They/Them on Netflix, HBO Max, Hulu, or Prime? 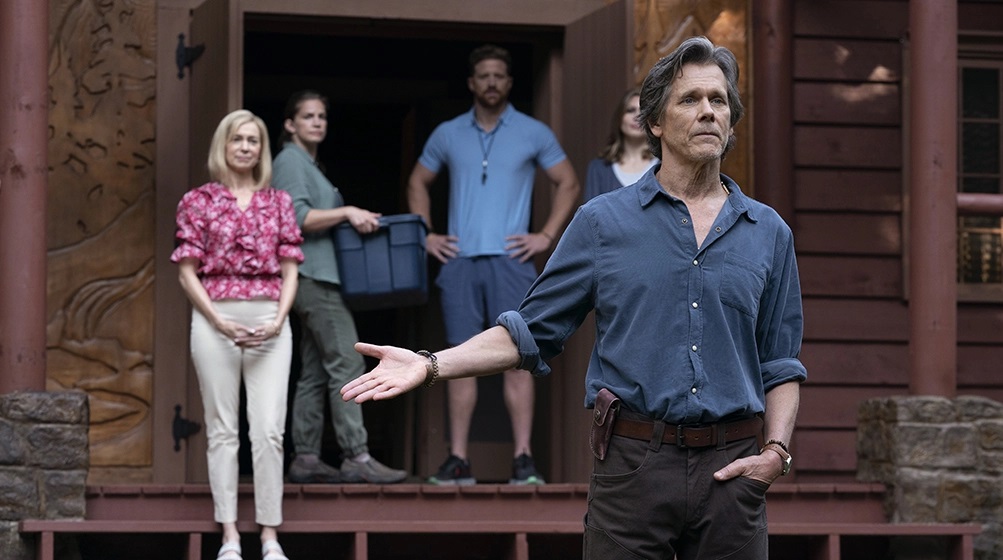 Directed by John Logan, ‘They/Them’ is a slasher film set in a so-called conversion camp. Headed by Owen Whistler, the establishment aims to apparently cure the LGBTQ+ community of their gender and sexual identities. A trans and non-binary teen named Jordan is not at all happy with Owen’s methods and often argues with the camp director. The tense situation further escalates when several people are found murdered one by one. This compels Jordan and other attendees to investigate the reasons behind the killings.

Starring Kevin Bacon, Carrie Preston, Anna Chlumsky, and Theo Germaine, the movie tackles several crucial societal issues within its storyline. The film’s thrilling storyline is another major factor behind its significant fan following. If the premise of the John Logan directorial has piqued your interest, here’s how you can watch the horror movie.

What is They/Them About?

‘They/Them’ follows several people within a LGBTQ+ conversion camp. The methods employed by the camp director Owen Whistler are meant to apparently cure the LGBTQ+ teenagers who have been sent to the place. Jordan, a trans and non-binary teen, has only come to the camp in order to be emancipated after they leave the camp and often butts head with Owen. However, when the resident LGBTQ+ teenagers start dying off one by one, those remaining must ensure their survival and find the reasons behind the murders. For those interested in watching the slasher film, here’s how you can do it!

Is They/Them on Netflix?

‘They/Them’ is not a part of Netflix’s offerings. However, the streaming giant does have some excellent alternatives like ‘There’s Someone Inside Your House‘ and ‘Fear Street Part One: 1994.’ Both horror films are great examples of the slasher genre that are sure to keep you on the edge of your seats.

Is They/Them on Hulu?

No, Hulu does not have ‘They/Them’ on its platform. Instead, you can use your subscription to watch similar movies like ‘Urban Legend‘ and ‘Trick.’ The mysterious and nail-biting stories of these slasher films are sure to entertain those who like the premise of ‘They/Them.’

Is They/Them on Amazon Prime?

Amazon Prime may not offer ‘They/Them’ to its subscribers, but do not let that disappoint you. Prime members can check out other movies within the genre available on the platform, like ‘Candyman‘ and ‘Killer Movie.’ Watching someone trying to evade a murderer never gets old. Thus, the aforementioned movies will surely keep you engaged with their own version of slasher horror.

Is They/Them on HBO Max?

While HBO Max does not have ‘They/Them,’ its vast media library more than makes up for it. For those looking forward to watching excellent slasher movies on the platform, we recommend ‘I Know What You Did Last Summer‘ and ‘Halloween Kills.’ These horror movies have intriguing storylines that will surely have you looking over your shoulders for a while.

Where to Watch They/Them Online?

‘They/Them’ is exclusively available on Peacock; you can watch the Kevin Bacon starrer here!

How to Stream They/Them for Free?

You can indeed watch ‘They/Them’ at no cost on Peacock by subscribing to Peacock Free, which allows you to watch the content on the platform for free with ads. However, we urge our readers to not use any illegal means to watch the movie. Legitimately using relevant channels helps support those who have worked hard to bring you your beloved films.