Is Titane on Netflix, HBO Max, Hulu, or Prime? 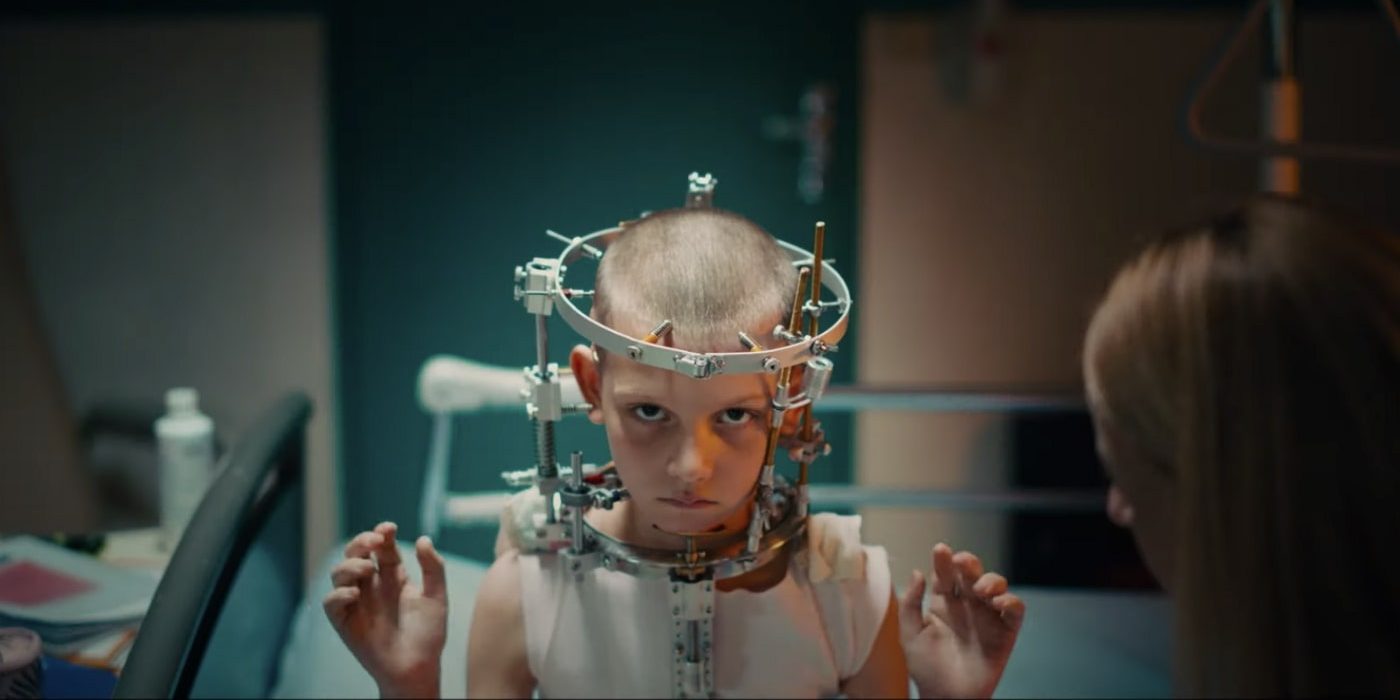 Directed by Julia Ducournau, ‘Titane’ is a horror film that revolves around Alexia, a traumatized young woman turned serial killer who becomes pregnant after hooking up with her car. The movie features some gory and sexually explicit scenes, which make the plot convoluted and vilely shocking. The visually refreshing thriller has received positive reviews from critics and won the Palme d’Or at the 2021 Cannes Film Festival. If you are excited to watch this innovative yet disturbing movie, let us share with you everything we know!

What is Titane About?

In ‘Titane,’ we meet Alexia, who suffers a horrific accident in her childhood that leaves her with a titanium plate in her skull and a nasty scar. Now grown up, she works as a model at a car show. One night, after work, Alexia hears noises coming from the showroom and goes back to check. She finds the car she modeled with has come to life. Alexia enters the car naked, and the two seemingly have sex.

Secretly, Alexia is a serial killer who murders people and has become distant from her parents. Her life of crime comes to a head when she finds out that she has somehow become pregnant after her wild night with the car. Since you are interested in watching the film, let us explore the various options you have.

Is Titane on Netflix?

Netflix’s library has an exciting collection of entertainment offerings. However, ‘Titane’ isn’t among them. Instead, you can check out ‘The Perfection,’ which is about a talented and troubled musical prodigy who returns to her music school only to find that a new student has taken her place. The girl’s desire to reclaim her position leads her down a dark path.

Is Titane on Amazon Prime?

At the moment, ‘Titane’ isn’t a part of the titles Amazon Prime offers with its basic subscription package or on-demand. Until that changes, you can watch ‘Flesh.’ This body horror film revolves around a young woman who is forced to take part in a ritual that physically transforms her and alters the course of her life.

Is Titane on Hulu?

‘Titane’ isn’t available for streaming on Hulu just yet. As an alternative, you can stream ‘Let’s Be Evil.’ The movie follows a young woman who takes a job at a school for gifted students but finds herself fighting for her life.

Is Titane on HBO Max?

‘Titane’ hasn’t been added to HBO Max’s catalog of entertainment titles. As an alternative, you can stream ‘Ghost in the Machine,’ a twisted tale about a computer that is possessed by the consciousness of a serial killer.

Where to Watch Titane Online?

‘Titane’ received an exclusive theatrical release on October 1, 2021. If you want to check the show timings and buy tickets, you can head here. The movie is likely to become available on VOD platforms after its theatrical run. We will update you regarding the same once the relevant information is available.

How to Stream Titane For Free?

Currently, ‘Titane’ can only be watched in theaters. Therefore, at the moment, there’s no way to watch the movie for free. We also advise our readers to consume all entertainment content legally and by paying for it.