Is Triangle of Sadness on Netflix, HBO Max, Hulu, or Prime? 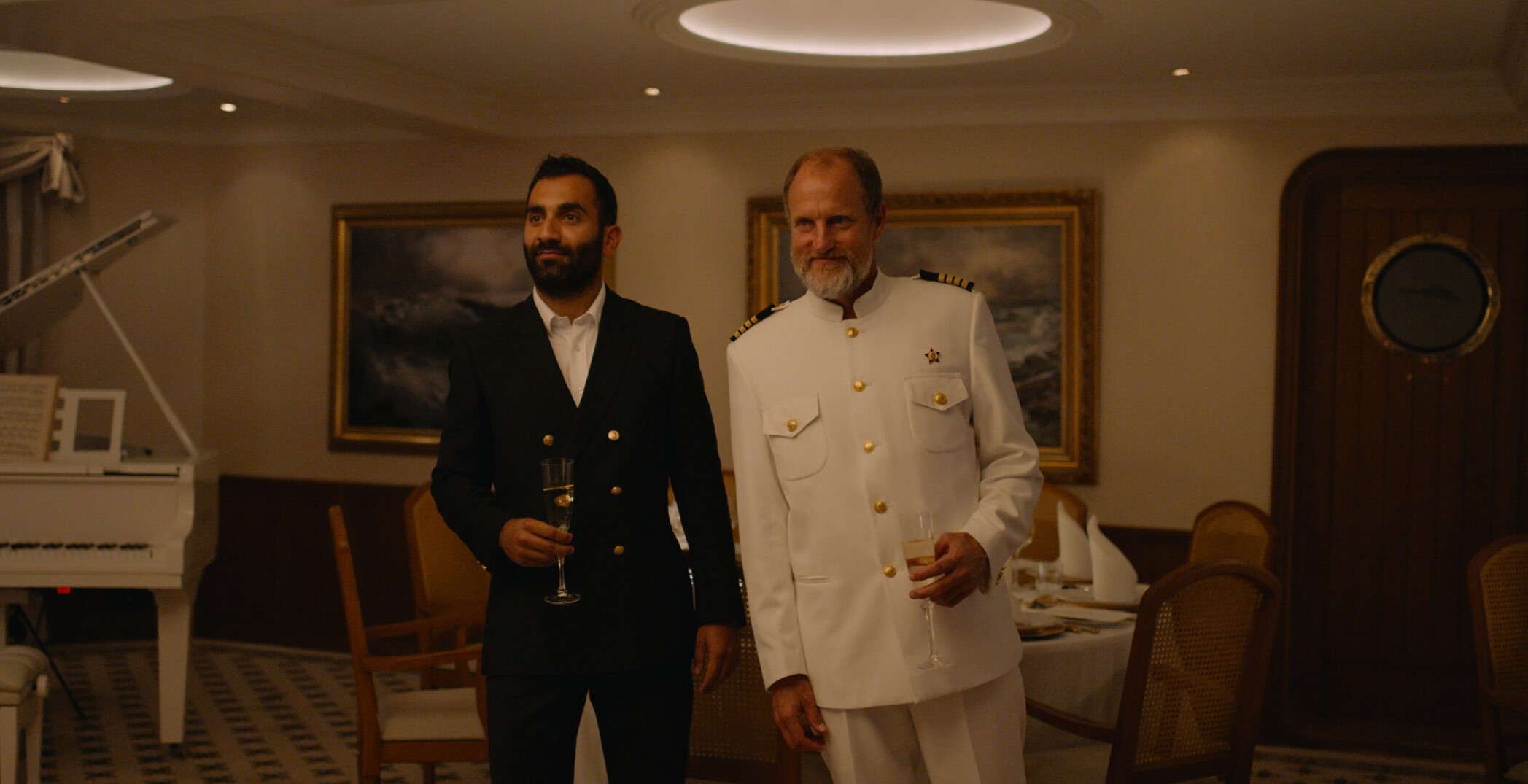 ‘Triangle of Sadness’ (titled ‘Sans Filtre’ in French) is a dark comedy movie that revolves around a celebrity couple who get an invitation to board a luxury cruise ship for the rich but things turn upside down pretty soon. Written and directed by Ruben Östlund, the satirical film features impressive performances from a group of talented actors and actresses, including Harris Dickinson, Charlbi Dean, Dolly de Leon, Zlatko Burić, and Iris Berben. With so many twists and turns in the narrative, you are bound to be interested in learning more about the movie, including where you can watch it. Well, here are all the necessary details about the same!

What is Triangle of Sadness About?

The narrative follows a fashion model celebrity couple — Carl and Yaya — who are testing the waters of the fashion world as well as their relationship. Soon, they get an invitation to be one of the super-rich passengers on board a luxurious cruise. Upon boarding, everything looks perfect and grand but when a storm goes out of control, passengers get hit with heavy seasickness as the ship begins to sink. When the ship sinks, the cruise ends quite abruptly, leaving Carl and Yaya on a desert island with a bunch of billionaires and a ship cleaner. Do you wish to find out if they survive or not? For that, you will need to watch it yourself, and here are the ways you can do so!

Is Triangle of Sadness on Netflix?

We hate to disappoint you but Netflix doesn’t house ‘Triangle of Sadness’ on its expansive platform. However, you can still take advantage of your subscription by turning to other alternatives on the streaming giant. We recommend you watch ‘Like Father‘ and ‘Yucatán.’

Is Triangle of Sadness on Hulu?

No, ‘Triangle of Sadness’ is not included in Hulu’s extensive library of content. But don’t let it stop you from checking out similar films that the streamer houses, such as ‘Poseidon.’ Although it lacks comedic elements, it is also about the disastrous sinking of a cruise.

Is Triangle of Sadness on Amazon Prime?

Although ‘Triangle of Sadness’ is not a part of Amazon Prime Video’s regular offering, the subscribers can instead tune into other alternatives on the streaming giant. You can watch ‘Oh Ship! It’s a Family Trip‘ and ‘Harpoon.’

Is Triangle of Sadness on HBO Max?

HBO Max subscribers will need to look for ‘Triangle of Sadness’ on other platforms as it is not available on the streamer. However, don’t let it disappoint you too much as there are plenty of movies involving cruise ships and the sinking of them on the platform, such as ‘Let Them All Talk‘ and ‘Life of Pi.’

Where to Watch Triangle of Sadness Online?

‘Triangle of Sadness’ has been exclusively released in theatres, which means that there is currently no way for you to watch the satirical movie online. However, you do have the option of pre-ordering the film on Vudu. But if you prefer to catch the movie on the big screen, you can check out show timings on the movie’s official website and Fandango.

How to Stream Triangle of Sadness For Free?

As mentioned above, ‘Triangle of Sadness’ is unavailable on any of the digital platforms. This simply means that, as of now, you don’t have the option to stream the dark comedy film for free. All you can do is hope that it arrives on any of the online platforms offering a free trial to its new users. Having said that, we urge our readers to never resort to illegal and unethical means to watch their favorite movies and TV shows and instead, pay for the relevant subscriptions and show support for the art of cinema.