Is Under the Vines on Netflix, Hulu, Prime, or HBO Max? 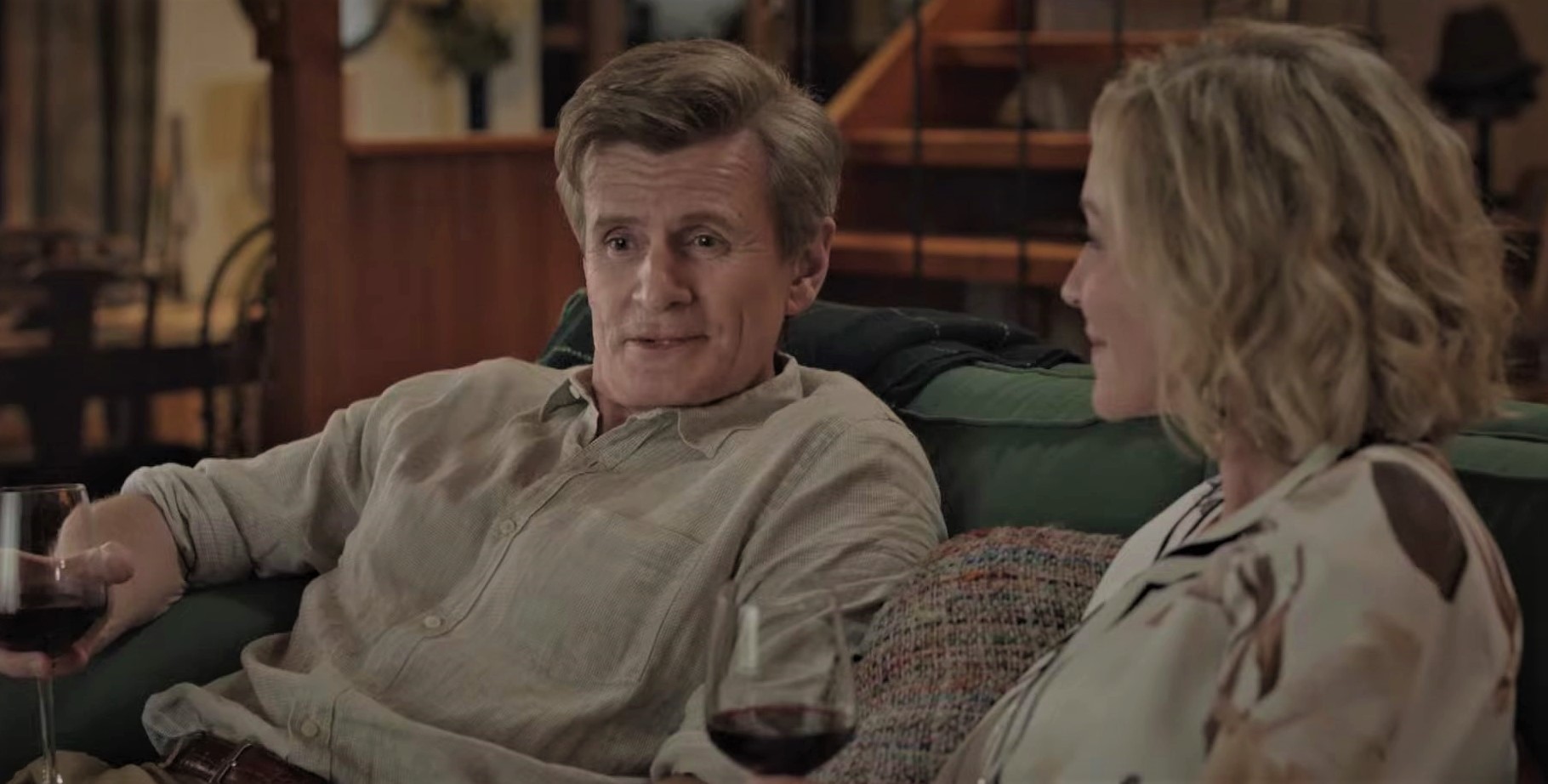 Featuring stand-out performances by Charles Edwards (‘The Crown‘) and Rebecca Gibney, ‘Under the Vines‘ is a dramedy miniseries created and co-written by Erin White. The show centers upon two slickers who inherit a rural New Zealand vineyard that is struggling to be profitable. With no past experience of running a business, they must put their differences aside to make it successful so that they can finally take their share and benefit from it.

As the hilarious drama unfolds, their hate for each other and lack of understanding of the vineyard business keep pulling them back from making any progress. Curious to learn more about the show’s premise or where it can be streamed? We have got you covered.

What is Under the Vines About?

Daisy Munroe is a Sydney socialite who decides to head to New Zealand to visit her deceased stepfather’s winery for a vacation. While she is there, she also plans to sell it, completely unaware that the vineyard has a co-owner named Louis Oakley- a UK-born lawyer. Unlike Daisy, he visits the island country in the southwestern Pacific Ocean to find an escape from a series of unfortunate incidents. The unlikely duo who despises each other realizes that they have a shared goal, but if they wish to achieve it, they must work together.

As they try to keep their differences aside and make the vineyard successful, one hilarious hurdle after another pops up, making it complicated for them to achieve their goals. With time, the duo gets accustomed to each other and undergo a memorable journey that teaches them valuable lessons.

Is Under the Vines on Netflix?

No, the dramedy series currently is not included in the streaming giant’s massive catalog as of now. Netflix subscribers who are looking for other shows on the platform can watch ‘Bonding.’

Is Under the Vines on Hulu?

‘Under the Vines’ is not available on Hulu as of now. Furthermore, it seems highly unlikely that the series will be accessible on the platform in even future. Hulu subscribers can look for the show on other platforms, or they can alternatively stream ‘PEN15,’ or ‘Shrill.’

Is Under the Vines on Amazon Prime?

Amazon Prime’s current offering does not include the dramedy series. The show is also not accessible as on-demand content on the streamer. If you plan to watch other somewhat similar shows, then we recommend streaming ‘Life in Pieces.’

Is Under the Vines on HBO Max?

No, HBO Max’s current catalog does not include ‘Under the Vines.’ People with a subscription to the streamer can instead watch other comedy shows like ‘Tenacious D‘ or ‘Mrs. Fletcher.‘

Where to Watch Under the Vines Online?

‘Under the Vines’ is accessible for streaming on AcornTV. If you have a subscription to the streamer, then you can catch the latest episodes here. The series is also reportedly accessible on Spectrum as well.

How to Stream Under the Vines for Free?

Acorn TV comes with a 7-day free trial for first-time subscribers. So, if you have not used the platform in the past, then you can use the offer to watch the entire series free of cost- provided you watch all the episodes in a week. However, we encourage our readers to always pay for the content they wish to consume online.