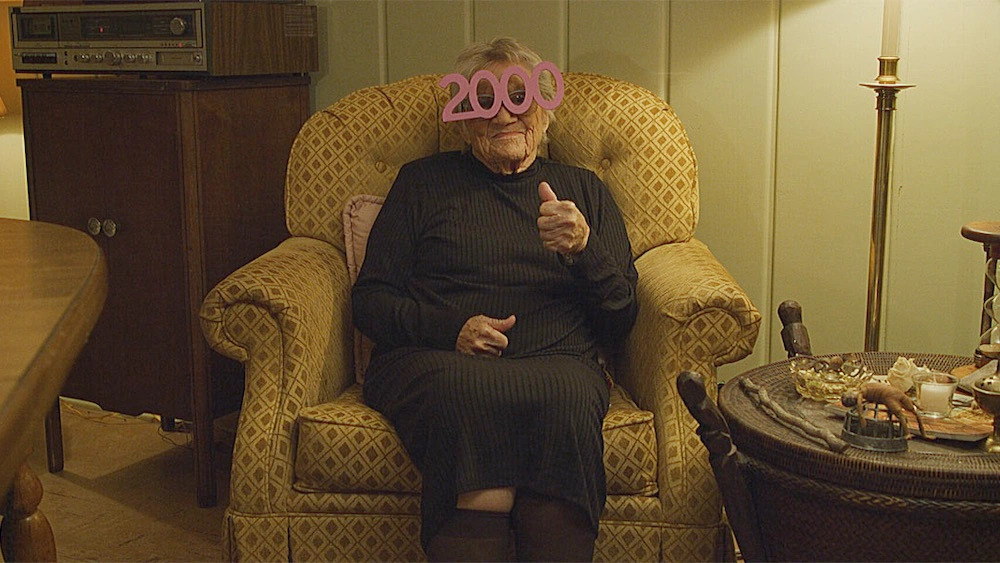 Directed by Johannes Roberts, Vanessa & Joseph Winter, Maggie Levin, Tyler MacIntyre, and Flying Lotus, ‘V/H/S/99’ is a found footage horror anthology movie that is the fifth edition in the ‘V/H/S’ franchise. Set in 1999, the film involves five horrific short stories with a different set of characters in each of them. The anthology movie features impressive performances from a talented ensemble cast, comprising Verona Blue, Dashiell Derrickson, Alexia Ioannides, Steven Ogg, Luke Mullen, and Joseph Winter. Fans of the ‘V/H/S’ franchise must be looking forward to learning more about this installment, including where they can watch it. Well, if you are one of them, we have got you covered!

Set in 1999, as the movie’s title suggests, ‘V/H/S/99’ includes five different found footage horror shorts — ‘Shredding,’ ‘Suicide Bid,’ ‘Ozzy’s Dungeon,’ ‘The Gawkers,’ and ‘To Hell And Back.’ What makes this edition different from the previous installments in the franchise is the fact that it does not have an overarching frame narrative in between the shorts of the movie. Do you wish to know all about each of the horror shorts in the movie? For that, you will have to watch the film yourself and here are all the ways you can do so!

Unfortunately, Netflix doesn’t house ‘V/H/S/99’ on its expansive platform. However, the streaming giant makes up for it by giving subscribers access to plenty of excellent alternatives, such as ‘Incantation‘ and ‘Creep.’

Although ‘V/H/S/99’ is not available for streaming on Hulu, you can still watch some of the previous installments of the ‘V/H/S’ film series, including ‘V/H/S‘ and ‘V/H/S/2.’

We hate to break it to you that ‘V/H/S/99’ is not a part of Amazon Prime Video’s massive library of content. However, it should not stop you from catching other alternatives that the streaming giant houses. We recommend you watch ‘Paranormal Activities: The Marked Ones‘ and ‘Rings.’

HBO Max subscribers might be disappointed to know that ‘V/H/S/99’ is not available for streaming on the platform. Alternatively, you can turn to similar horror films on the streamer, such as ‘The Field Guide to Evil‘ and ‘The Ring Two.’

‘V/H/S/99’ is available for streaming on Shudder. Besides that, there is currently no other way for you to watch the horror anthology movie online. Thus, we suggest you subscribe to the platform if you cannot wait to watch the film.

Fortunately, Shudder’ gives free access to its content for the first seven days to its new subscribers. This means that you can take advantage of this offer and stream ‘V/H/S/99’ for free. Having said that, we request all our readers prefer to pay for the content they wish to consume instead of using unethical means to do the same.