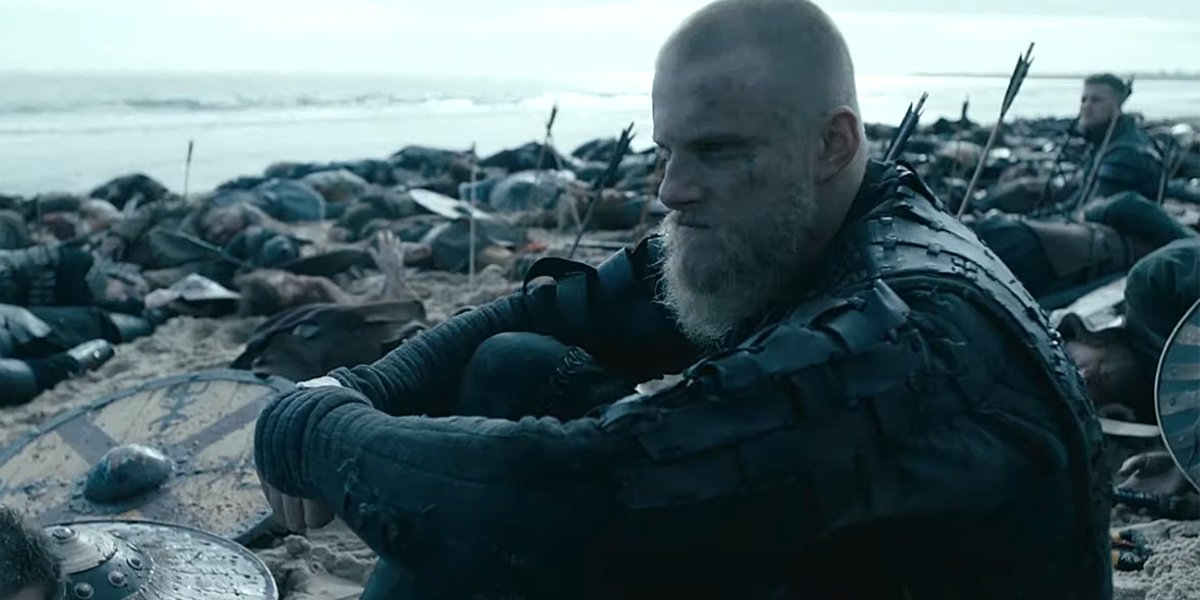 The historical drama television series ‘Vikings’ amassed a huge fan following, especially for its performances and the depiction of the best battle scenes. The show revolves around Ragnar Lothbrok, his sons, and their fellow warriors as they expand the Viking kingdom. Created by Michael Hirst, the show premiered on March 3, 2013, on History Channel. If you are wondering about the future of the show, here is all that you need to know!

‘Vikings’ season 6 part 2 landed in its entirety on December 30, 2020, on Amazon Prime Video. Season 6 part 2 has 10 episodes with a runtime of approximately 45 minutes each.

Here is what we know about season 7. In January 2019, it was announced that the sixth installment of the show would also be the final one. The creator, Michael Hirst, was pretty clear about where he wanted to take the storyline of the series. What started as a fascination for the Vikings and their culture, kept Hirst busy for seven years. In an interview with Gamespot, he said, “Often my days and nights for seven years were filled with Vikings. You know, I would write [until] 12 o’clock at night, I commuted to Ireland every week. It was time to conclude the saga.”

Hirst further discussed what wrapping up the show meant for the characters and how it affected him. He was “deeply emotional” since several of his favorite characters on the show would have to be killed. The first half of season 6 sees the death of one of the greatest shield maidens in the world, Lagertha, who is mistakenly killed by her stepson, Hvitserk.

It is also known that the fans were extremely upset with the death of the legend and the show’s mainstay, Ragnar Lothbrok, in season 4. This marked the beginning of a steady decline in the viewership. However, Hirst clarifies that ending the show after season 6 was a choice and not a consequence of the declining viewership.

Since the show is based on historical accounts, it is bound to reach a point where it runs out of source material. This could also be a possible reason for bringing the series to a close. Hirst promised a dramatic ending that will have the fans in tears. Part 2 of season 6 is full of surprises as Harald and Bjorn survive, even though they were presumed dead in the mid-season finale of season 6.

After several false alarms and disappointments, Ubbe, Torvi, and the band of settlers find the new land, but it is not what they had hoped. In their journey, they have been weakened by the natural elements and the hardships they have faced. The new land demands new rules as the Viking settlers must carefully establish a relationship with the locals. In England, Ivar and Hvitserk attack Wessex and clash against King Alfred’s army, as Alfred refuses to retreat. What started as Ragnar’s courage and ambition to conquer the world, ends in tragedy for his family, especially in the new land and England. The end of season 6 marks the end of an era for the Vikings.

All of these factors confirm that ‘Vikings’ season 7 stands officially canceled. Even though the much-loved series is coming to an end, fans have something to look forward to as Hirst is not done familiarizing the world with the legendary Norse warriors. In 2019 it was announced that Michael Hirst and Jeb Stuart have teamed up for a sequel series called ‘Vikings: Valhalla,’ which is set 100 years ahead of the concluding events of ‘Vikings.’ The upcoming series will air on Netflix. Meanwhile, you can watch the reruns of ‘Vikings’ where episodes up till season 6 part 1 are available on Hulu and the History Channel app or website.