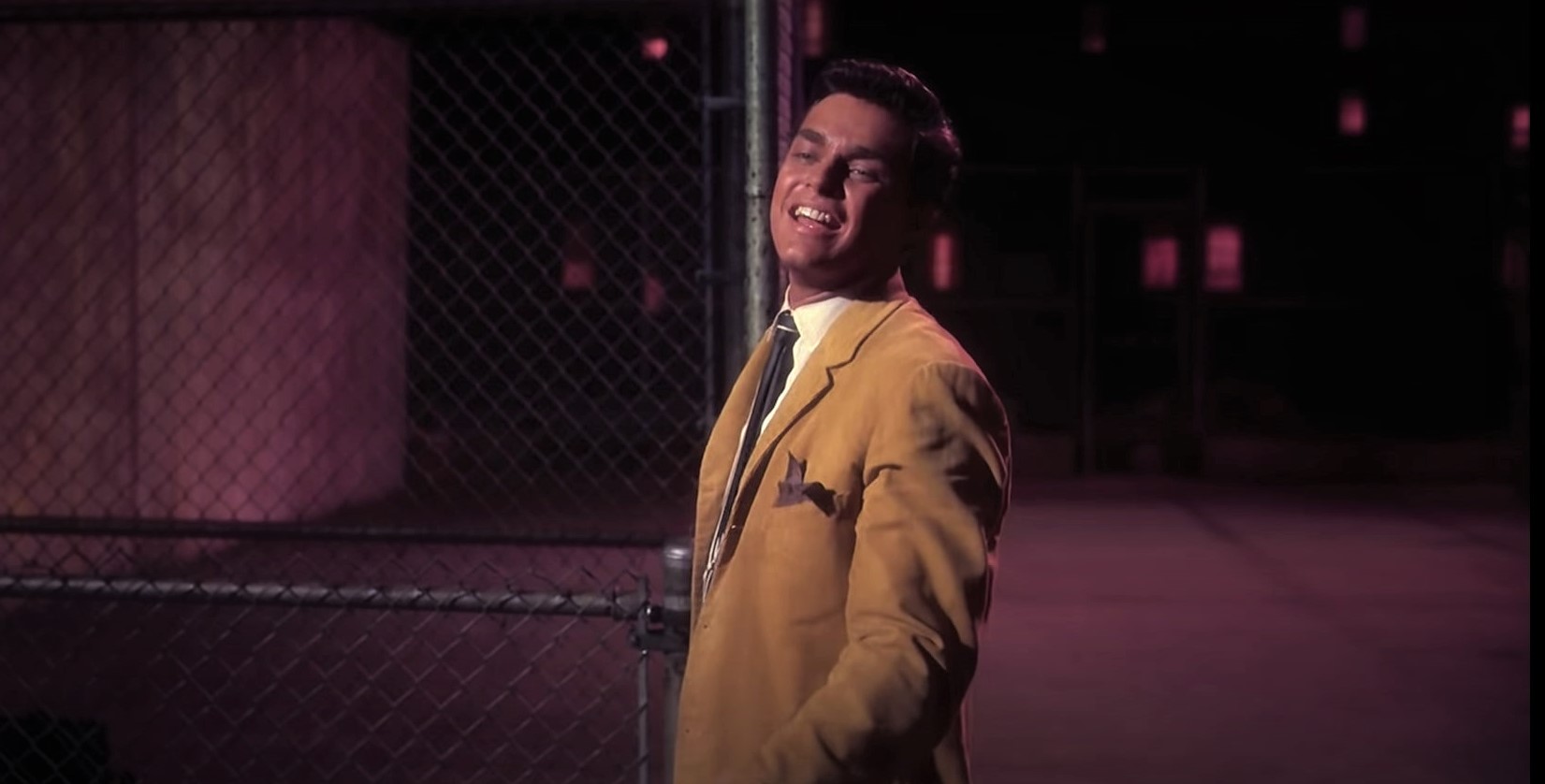 ‘West Side Story’ is a romantic drama movie based on William Shakespeare’s ‘Romeo and Juliet’ and the musical of the same name by Jerome Robbins, Leonard Bernstein, Stephen Sondheim, and Arthur Laurents. The Robert Wise and Jerome Robbins directorial recounts a tale of an unlikely romance between two teenagers with affiliations to rival street gangs.

Despite the social and familial pressure, the duo refuses to give up on love and courageously faces their uncertain future. But does their romance last as tensions mount? In order to find out, you will have to watch the classic film from the 1960s that is now regarded as one of the greatest musical films of all time. Here’s everything you need to know about it.

What is West Side Story About?

Set in 1950s New York City, the film centers upon the rivalry between Sharks, a group of Puerto Ricans, and the Jets, a white gang led by Riff. As the tension between the two street gangs intensifies, an unexpected romance blossoms between Tony, co-founder of the Jets, and Maria, whose older brother is the leader of the Sharks. When the latter voices her resolve to make her own life choices, she faces resistance at home as her brother disapproves of her growing relationship with Tony.

Meanwhile, Tony finds himself in a somewhat similar dilemma. But despite the pressure, Tony and Maria choose to stick together and face the obstacles in their way head-on. As the story unfolds, the couple risks everything to save their relationship, but the tensions between the gangs prove to be too much to handle. If you are curious to learn how the storyline unfolds, then you can use the below-mentioned information to watch the movie.

Is West Side Story on Netflix?

The streaming giant has a massive catalog of movies and television shows to keep its subscribers entertained. Unfortunately, ‘West Side Story’ is not included in its current offerings. It’s highly unlikely to be accessible on the streamer in the future as well. Therefore, we recommend our readers alternatively stream ‘Love Beats Rhymes‘ or ‘Really Love.‘

Is West Side Story on Hulu?

Hulu subscribers will have to search for the film on other streamers because the Natalie Wood and Richard Beymer-starrer is not available on the platform as of now. Viewers looking for a music-oriented film can watch ‘Rock N’ Roll Christmas.‘

Is West Side Story Amazon Prime?

Amazon Prime’s massive catalog of movies does not include ‘West Side Story.’ However, you can rent the film for $3.99 or purchase it for $4.99 on the official website.

Is West Side Story on HBO Max?

The Robert Wise and Jerome Robbins directorial is no longer part of HBO Max’s catalog. People who wish to watch the film will have to check other streaming services, or they can alternatively stream ‘Romance & Cigarettes‘ or ‘Explota Explota (My Heart Goes Boom!).’

Where to Watch West Side Story Online?

‘West Side Story’ is available for rent or purchase on popular video-on-demand platforms such as Google Play, Microsoft Store, iTunes, YouTube, AMC Theatres, and Vudu. Fans can also watch the 1961 musical romance drama movie on Xfinity, DirecTV, and Spectrum.

How to Stream West Side Story for Free?

You can watch the film free of cost using the 7-day free trial offered by DirecTV. However, we encourage our readers to always pay for the content they wish to consume online.