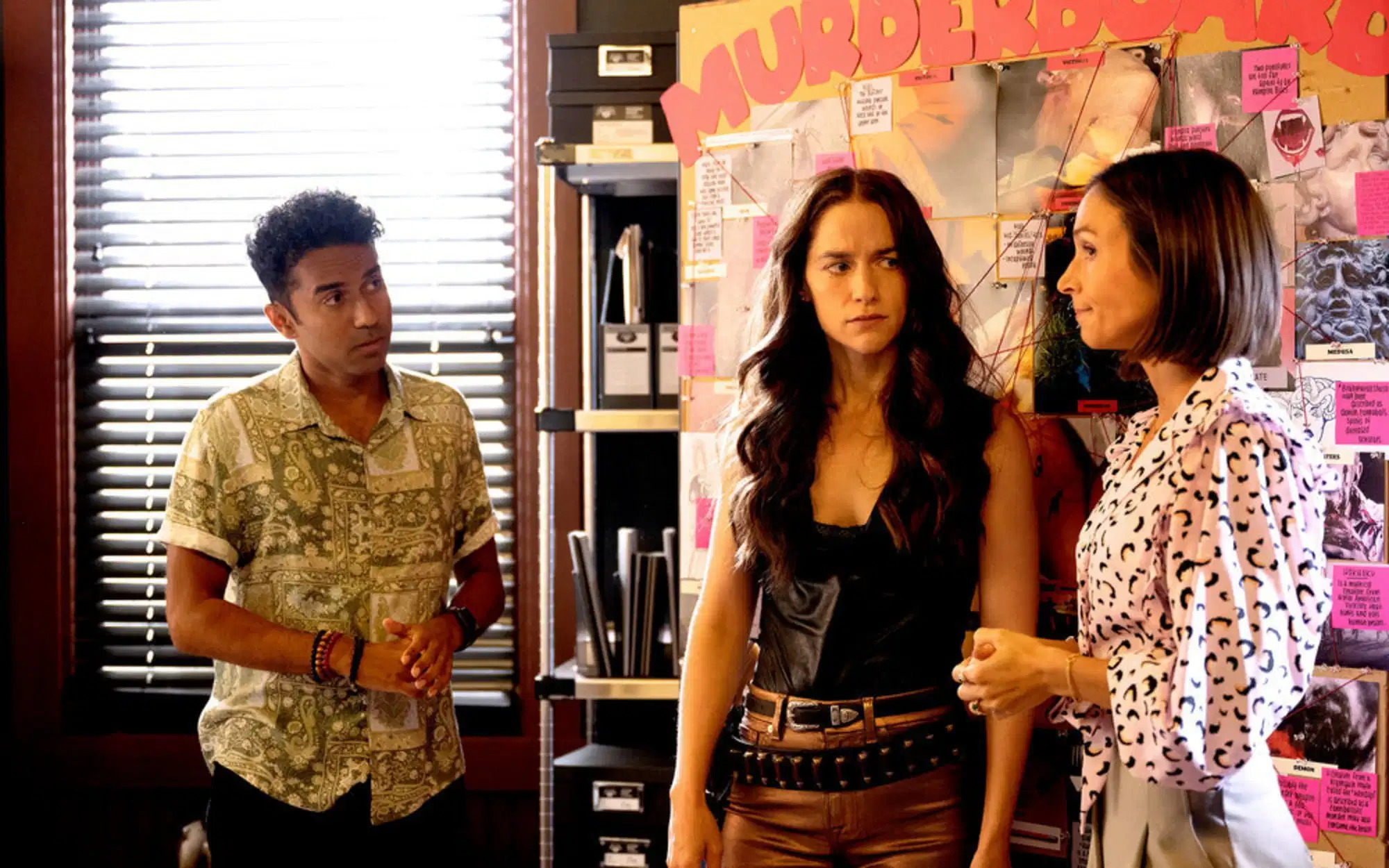 Based on the eponymous comic book series by Beau Smith, ‘Wynonna Earp’ is a thrilling supernatural action series that has entertained fans ever since its premiere in 2016. The show focuses on the titular character Wynonna Earp who is shown to be the great-great-granddaughter of the actual lawman Wyatt Earp. With Wyatt killing numerous outlaws during his time in law enforcement, those outlaws come back as revenants to attack Wynonna’s hometown of Purgatory. The girl takes up arms against the supernatural creatures in exciting, nail-biting battles throughout the show.

Created by Emily Andras, the show garnered a religious fan following shortly after its release and has been praised by critics and viewers alike. People have praised the adrenaline-pumping action sequences, outstanding performances, and brilliant storytelling. It has received much critical acclaim and has even won several awards throughout its runtime. Despite a successful four-season run and a significantly large fanbase, Syfy canceled the series after season 4. If you are wondering if ‘Wynonna Earp’ Season 5 will ever grace our TV screens, we have got you covered!

‘Wynonna Earp’ Season 4 released in two parts of six episodes each on Syfy. The first part premiered on July 26, 2020, and followed a weekly release schedule till its conclusion on August 30, 2020. The second part started airing on March 5, 2021, and concluded after six episodes on April 9, 2021. Additionally, each episode has a runtime of 43 minutes.

When it comes to Season 5, here is what you should know. On February 5, 2021, the official network Syfy confirmed that ‘Wynonna Earp’ Season 4 would be the show’s last. Adding to the heart-breaking confirmation, show creator Emily Andras even said, “I’d like to thank our wonderful cast and crew, all of whom were instrumental in bringing Wynonna Earp to our loyal and passionate audience.” If you are looking for the reason behind the cancellation, the show already ran into financial issues after season 3 as its production company IDW entertainment faced quite a few financial challenges. However, after months of campaigning, season 4 was finally greenlit with help from Syfy and Canadian distributor Space, both of whom contributed funds.

Unfortunately, the Covid-19 situation hit right in the middle of filming, which affected production negatively. As a result, season 4 had to be divided into two parts. Even though Syfy had ordered a season 5, with financial woes still on the card and a dangerously threatening covid-19 situation, IDW entertainment could not deliver. Thus, ‘Wynonna Earp’ stands officially canceled. Naturally, the news did not sit well with fans who started a massive campaign for the show’s return. They even managed to get billboards upon Times Square asking for the show’s return. Touched by the campaign, creator Emily Andras and lead actress Melanie Scrofano thanked the fans for their love and dedication.

Interestingly, the show’s cancellation was a surprise to show creator Emily Andras. Time and again, she had mentioned how she wants to do a season 5 and has even teased fans about what might lie in store for them. However, all hope is not lost as sources reported that production company IDW entertainment is willing to bring the series back for season 5. Emily Andras is looking towards other US broadcasters or major streaming services like IMDbTV, Paramount+, or Hulu to take up the series.

Thus, if things do work out according to plan, we might see ‘Wynonna Earp’ season 5 release on a new home. Furthermore, Andras has even said that she would not mind returning with ‘Wynonna Earp’ after a few years in the form of a movie. On the other hand, lead actress Melanie Scrofano believes that the show has had a satisfying ending as she said, “I think if we had to come back, there would be a really interesting way to come back because it seems neatly tied up but in my mind there’s always a way to mess it up, you know? And so, I think it’s a brilliant ending.” However, with nothing confirmed, viewers will have to satisfy their hunger by watching re-runs of the four available seasons until further announcements.