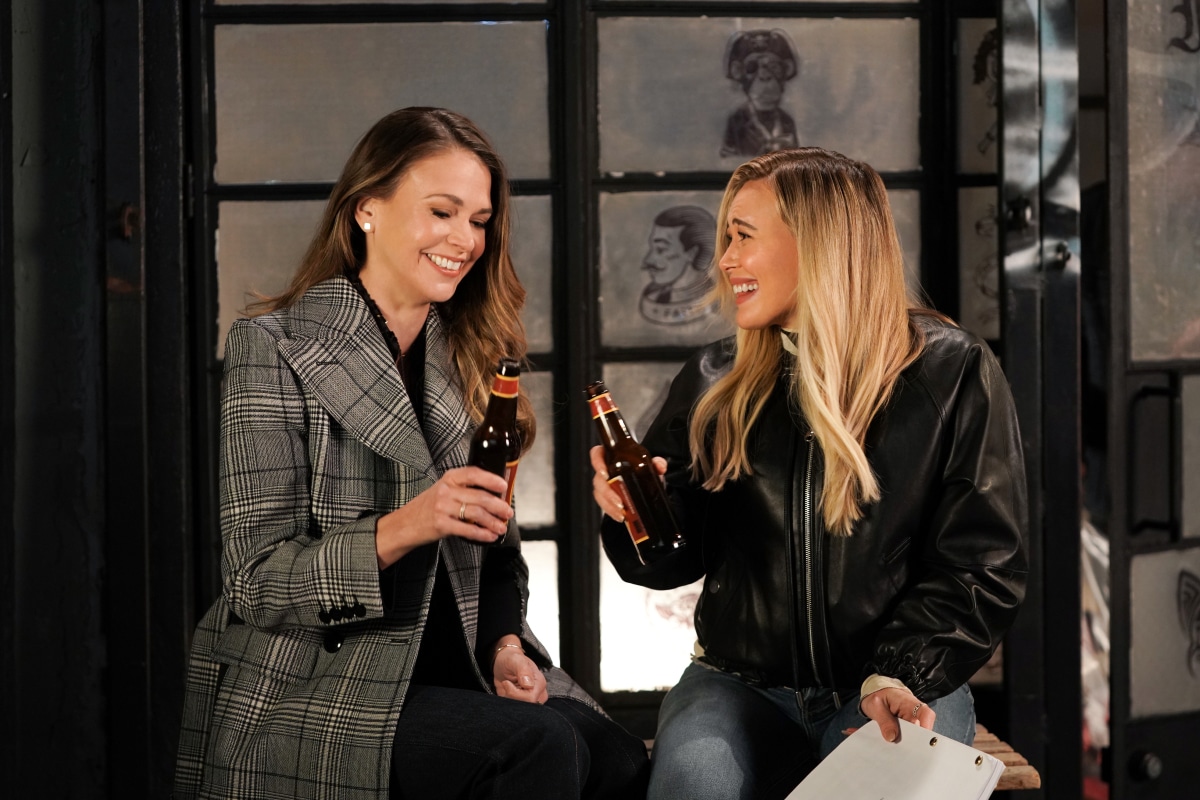 Set in New York City, ‘Younger’ revolves around Liza, a divorced single mother in her forties who is mistaken for a 26-year-old. This marks a new beginning as she uses this misconception to her advantage and reignites her personal and professional life. The show is based on the eponymous 2005 novel by Pamela Redmond Satran. Created by Darren Star, the comedy-drama series originally released on March 31, 2015, on TV Land. The show moved to Paramount+ for its seventh season.

The critically acclaimed show has received a lot of love for various reasons, but the primary one is the charming performance of Sutton Foster (Liza Miller). Often billed as a romantic comedy, viewers have loved the breezy pace and the lightness of the storylines, which comes with a hue of feminism. It has also been appreciated for its insights into the culture of the times as it unabashedly explores subjects like age, sexuality, and identity. The show appeals to a wide audience as Millennials are able to relate to it as much as Gen X. Naturally, you must be eager to know if will return for season 8. So, here is everything we’ve gathered!

As for the eighth season, here is what we know. On July 24, 2019, the series was greenlit for season 7, making it the longest-running original show on TV Land. However, in late February 2021, season 7 was officially announced as the show’s final outing. Back in September 2020, the show’s creator Darren Star had said that he had already planned the seventh season as the show’s swan song. He wanted to ensure that the drama ends on a satisfying note and the viewers get the answers to all the questions they might have.

Since no particular reason was given as to why the show was ending, it is safe to assume that the storyline had reached an organic conclusion. ‘Younger’ has consistently been a high performer on TV Land. Therefore, it makes sense for it to go out while it is still on top instead of fading into obscurity. Some sources also contemplated whether the outbreak of the pandemic had a role to play in the decision. As was the case with most film and television productions in 2020, the filming process had to undergo massive changes due to the new COVID-19 dictated protocols that had to be followed. Naturally, this posed a lot of hurdles for ‘Younger’ as well.

Season 7 was filmed outdoors as much as possible so that the cast and crew members could maintain the recommended physical distance. Apart from the fact that the team had to brave cold weather, scheduling was a major problem. For that reason, we do not see much of Miriam Shor’s Diana Trout and Charles Michael Davis’s Zane Anders in the final season. Star also revealed that the scripts had to be reworked since they were written before the pandemic hit.

Although it was discussed whether or not COVID-19 should be incorporated into the show’s storyline, the team decided against it. Star told The Hollywood Reporter in April 2021, “’Younger’ is timeless. This a series you can watch years from now. And COVID, to me, instantly stamps it.” He added, “Ironically, this final season became the most beautiful, biggest-looking season in terms of our production values, and that’s really due to the amazing crew, our directors, and how they were able to pull off the COVID-free, beautiful Manhattan that you see on the streets this season. To me, it’s a dream of what I hope New York will be looking like again soon.”

Thank you to everyone who has stayed with us through all seven seasons! We owe it all to you! 💜 #ForeverYounger pic.twitter.com/NPmCFRdvZD

However, Star insisted that COVID-19 had no role to play in the decision to bring the series to a close. Looking at all the factors discussed above, it is highly unlikely that ‘Younger’ season 8 will ever get made. Even though all good things come to an end, it could also mean the beginning of something new. The fans will be excited to know that ‘Younger’ might expand its universe by adding a Kelsey Peter-led spin-off series to its realm. While fans have been promised a satisfying end to the parent show, the series finale will serve as the foundation for the new show that will follow Hilary Duff’s character.

On April 9, 2021, Variety reported that the series is in its early development phase as conversations are in full swing. Star shared the basic idea behind the spin-off series and said, “It would be a totally new universe. The best way to describe it is that it would be a bit of a female ‘Entourage’ with Kelsey as the lead.” Since Kelsey would “be following another dream,” other characters from ‘Younger’ would most likely not be a part of it. So, if the series officially kicks off, fans have a new adventure to look forward to.