Is Zeros and Ones on Netflix, Hulu, Prime, or HBO Max? 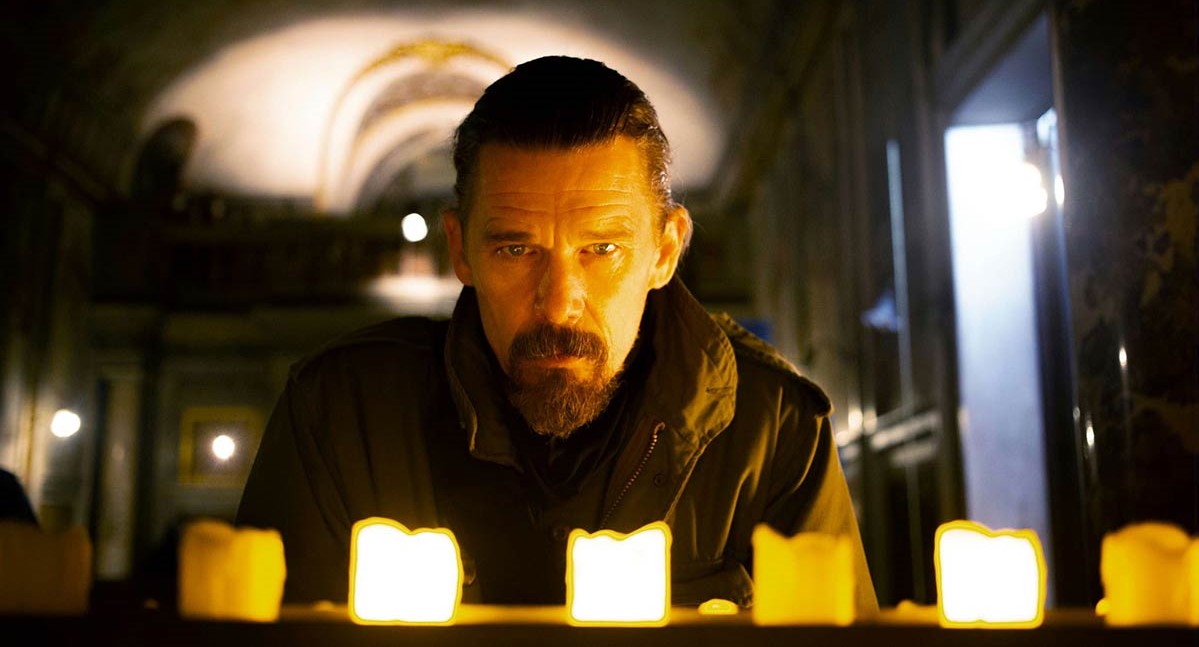 ‘Zeros and Ones’ is a thriller movie that features Ethan Hawke, Cristina Chiriac, Dounia Sichov, Korlan Madi, Phil Neilson, Valerio Mastandrea, and Mahmut Sifa Erkaya. Set in the Italian capital of Rome, the film revolves around a brave soldier who is enlisted to foul an impending terrorist attack that can blow the Vatican to bits.

With no time to come up with an intricate strategy against a violent group of people, the protagonist must turn to his instincts in moments of uncertainty. If you love action-packed movies with unexpected twists and turns, then you should not miss out on ‘Zeros and Ones.’ So, here’s everything you need to know about the film!

What is Zeros and Ones About?

J.J. is a soldier who is called to Rome to investigate and stop a terrorist bombing that can potentially hurt a large number of people. As soon as he reaches ground zero, he knows that his rebel brother, who is currently imprisoned, possesses the knowledge and the understanding that can ultimately be critical in accomplishing the mission.

While J.J. desperately seeks his brother’s release, he inspects and navigates the now empty and darkened streets of the Italian capital with the hope that he can find a small clue to solve the complex puzzle and prevent the attack. His investigation leads to several unexpected and ominous encounters as the soldier struggles to protect the headquarters of the Roman Catholic Church from falling. But with just a few hours in his hand, can J.J. pull off the Herculean task? Now, if you are wondering how you can watch the film, here are all your options!

Is Zeros and Ones on Netflix?

No, the Ethan Hawke-starrer is not available on the streaming giant. But Netflix subscribers looking for somewhat similar movies can watch ‘Outside the Wire‘ or ‘Bright.’

Is Zeros and Ones on Hulu?

Hulu subscribers will have to check for the film on other platforms since ‘Zeros and Ones’ is not available on the streamer. So, we recommend our readers alternatively stream ‘Beirut.’

Is Zeros and Ones on Amazon Prime Video?

Although the Abel Ferrara directorial may currently not be a part of Amazon Prime Video’s video library, the movie is probably going to be available on the platform as on-demand content. Therefore, you must regularly check for the movie on Amazon’s official website. In the meantime, Prime subscribers can stream ‘Flight of the Phoenix.’

Is Zeros and Ones on HBO Max?

Since ‘Zeros and Ones’ is not available on HBO Max, subscribers could check out other movies like ‘Blackhat‘ or ‘The 15:17 to Paris.’

Where to Watch Zeros and Ones Online?

The Abel Ferrara directorial is accessible for streaming on popular VOD platforms such as Google Play, iTunes, and Vudu. The film is also available on-demand on Spectrum and DirecTV. So, if you plan on streaming the movie from the comfort of your home, you have a number of options. However, if you want to watch it in theaters, then you can book your tickets on Fandango.

How to Stream Zeros and Ones for Free?

Unfortunately, you cannot stream the Ethan Hawke-starrer free of cost since it is only available as on-demand content as of now. On that note, We encourage our readers to refrain from using illegal means and watch their favorite content online only after paying for it.