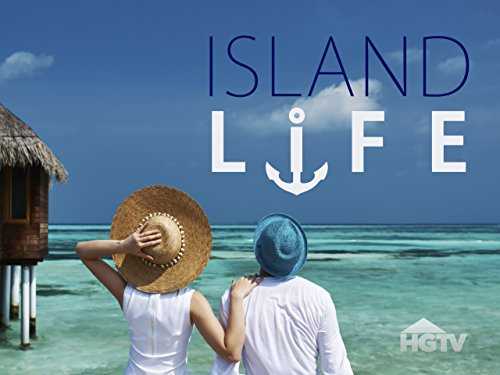 ‘Island Life’ is an American reality television series by HGTV that serves a two pronged purpose. On one hand, it aims to help island lovers who long to move out of their landlocked homes and live surrounded by seas in breathtaking islands find their dream homes. On the other hand, the show also helps its island-loving viewers, who get to see exotic island locations and beautiful (and even affordable) homes in such destinations.

Directed by Brandon Williams, Dave Powitz, Carisse Moy, and Christopher Barnes, ‘Island Life’ first made its way to viewers’ screens in 2015. In the four years that have elapsed since then, the show has seen a whopping 17 seasons so.

Island Life Cast: Who’s in it?

Owing to it being a reality show, ‘Island Life’ does not have a fixed cast, and participants in the show typically consist of individuals, couples, and families looking to fulfill their dreams of moving into an island home. Even the presenters the episodes are not fixed, and the show has seen multiple hosts over the years.

Island Life Plot: What is it about?

As mentioned earlier, ‘Island Life’ is a reality television series that tries to prove to the world that anyone can go on to live in their dream homes on islands. Each episode of the show focuses on one individual/couple/family looking to abandon their monotonous city life and shift to an island. The show helps these dreams satiate their desire to live on an island by helping them find homes that fit every budget. From modest dwellings to extravagant resort-like homes, the series features a range of island houses to make every participant’s dreams come true.

The island locations featured in the show are mostly centered around America, and each of the showmakers find participants homes in their dream locations, which range from the most economical to extravagant and flamboyant places in Key West, Alaska, Maine’s Mount Desert Island, and the San Juan Islands in Washington, to name a few.

While we don’t know much about Season 12, what we do know is that the first episode focuses on a couple looking to leave their cramped apartment in Queens, New York, for a spacious and beautiful house mere steps away from the Atlantic Ocean in Long Beach, New York. In a similar fashion, subsequent episodes of Season 12 are expected to follow such families across America as they look to relocate away from the hustle and bustle of their city lives to their own oceanside paradises.

However, while the show does entice its viewers with all the pleasures and beauty that an island life has to offer, there are somethings that viewers should be aware of. Owing to the fact that ‘Island Life’ is a reality show aimed at selling the idea of living on an island, it rarely shows the downsides of living an island life and the isolation that it entails. Neither does the show focus on the fact that the lives of islanders are often disrupted by bad weather, which can also, in the worst of cases, prove to be fatal. Further, the show draws viewers in with the promise that fantasies do come true, without bringing to attention the fact that island living is typically more expensive than living on the mainland, and even budget island houses are likely to burn a hole in your pocket.

That is not to say that the show is not worth watching. If you indeed are an island lover and hope to live on an island someday, then the show could be a very fulfilling watch for you. In terms of reception, ‘Island Life’ enjoys an overall rating of 7.2/10 on IMDb. However, the fact that it has run for 15 seasons, is enough proof of the popularity that it enjoys.

Island Life Season 18 Release Date: When will it premiere?

‘Island Life’ season 17 released on June 23, 2019. As far as the next season goes, we don’t have an official announcement yet. Though considering the fact that ‘Island Life’ is one of the most watched shows on the network, we expect it to be renewed. Our best guess is ‘Island Life’ season 18 can release sometime in October, 2019. We will update this section as soon as we hear more.

HGTV does not release trailers of ‘Island Life’. However, you can head to HGTV’s website for ‘Island Life’ to find more information on the show and get a glimpse into some of the locations and island homes that the show features.