Is It on Netflix? Where to Stream It for Free? 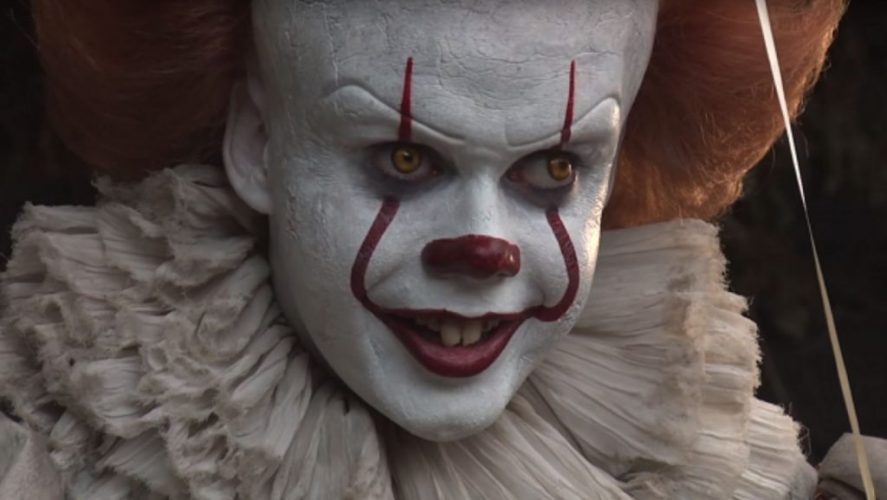 Stephen King’s name has almost become synonymous with the horror genre, and a large number of his works have been turned to movies and television shows. 2017 saw the second adaptation of one of his best works, ‘It’, which later came to be known as ‘It Chapter One’. The film is based on the 1986 novel of the same name. There is a reason why the maestro is so respected in popular culture, and that is because he has set down some of the tropes that have been reflected in later works of horror, much like a tip of the hat to the man’s genius.

If you are unfamiliar with King’s works but love the dynamic of a group of spunky kids trying to get to the horrific truth that plagues their small town, then you might be a ‘Stranger Things‘ fan. You should know then that the Netflix show borrows these aspects from King’s works, and ‘It’ is an exemplary instance where a group of kids comes together to destroy evil. Keeping the similarities between ‘Stranger Things’ and ‘It’ going is Finn Wolfhard, who plays the smart but demure Mike in ‘Stranger Things’, and appears as Richie Tozier, a loud-mouthed boy who needs to watch his language, in this film. Bill Skarsgård also delivers a phenomenal performance here, as the terrifying evil clown, Pennywise.

Overall, the 2017 adaptation lets the horror really seep through, creating an ominous atmosphere at all times, where you get the sensation that just under the surface of this idyllic small town lurks true evil. King, who is an expert of juxtaposing children’s innocence with instances of monstrosity to bring out the true nature of evil, should be proud of how this film has used his content to create a lasting impact on audiences. With the sequel, ‘It Chapter Two‘, slated to be released on September 6, 2019, you must be asking yourself where to watch ‘It’ if you have not seen it, or where to re-watch it to refresh your memory before you catch the next installment. We will get to that in a minute, but before that, let us briefly walk you through the plot.

What is It About?

‘It’ starts in October 1988 with the iconic scene of a boy chasing a paper boat in the rain. As the boat goes down the sewer, the young boy tries to retrieve it, only to be confronted with the creepy sight of a clown peering out of a drain duct. Introducing himself as Pennywise the Dancing Clown, this individual offers to help the boy, whose name is Georgie, to find his boat. Enticing the young lad to come closer, the clown reveals its monstrosity, biting his arm off and dragging him into the sewer. This is our first glimpse at the evil that is hiding.

Soon, the film takes us to the summer after this incident, and although Georgie’s brother Bill is still haunted by his disappearance, Bill’s friends have other things to worry about, when they run afoul of Henry Bowers and his gang, who are school bullies. Before viewers begin to treat Bowers with hatred because he does commit quite a lot of distasteful acts, King’s narrative infuses a degree of sympathy for the character, because we see how Bowers is abused at home. Anyway, when Bill hears news of a body being washed ashore up in the nearby marshy wetlands called the Barrens, he asks his friends to help him investigate, holding on to the hope that Georgie might be alive.

In the course of their investigations, they make a couple of new friends and their group expands. They call themselves ‘The Losers Club’ and all the kids are misfits, people who are ridiculed by the so-called popular people at school, and thus have only each other to rely on. The way King’s narrative weaves these moments of human depth and emotion into a horror story is truly amazing. Anyway, coming back to the mystery, the group discovers that the town has been subjected to mysterious child disappearances and inexplicable tragedies for centuries. As their search gets them closer to the terrifying truth of Pennywise, they are plagued by horrific manifestations, be it a headless boy, a blood-spewing sink, or Georgie’s phantom.

The children come to realize that they are being targeted by one malevolent entity which they ambiguously dub as ‘It’, and this monster lurks in the sewers, using them to feed on children. They also figure out that the creature hibernates for 27 years. Having deduced how the creature hunts, they realize that the sewer lines lead to an old well in an abandoned house. Thus, they find out where the creature rests. This leads to two terrifying confrontations with Pennywise.

The first time, the monster manages to split the children up and terrorizes them, gloating, before one of the members impales it through the head, forcing a retreat. However, the group begins to splinter after this encounter. All of that changes when one of their own is kidnapped by Pennywise. They rush into battle, and this time they see his actual lair, filled with circus props and children’s belongings, with the bodies of children floating mid-air. Pennywise’s terrifying phrase ‘we all float down here’ begins to make more sense. However, the group gets together, and though the clown takes on many forms, and also tries to make a deal with them, they do not budge, and eventually manage to defeat this monster together.

Realizing this victory is only temporary, they promise to return and defeat Pennywise forever if the clown comes out of hibernation. The Losers Club breaks up and everyone goes their separate ways, but ‘It Chapter Two’ will see them return as grownups to face the monster from their childhood again. Now that you know how gripping this story is, you must actually watch it to experience the horror first hand, and we are here to help with that.

Is It on Netflix?

Netflix is one of the premiere streaming platforms delivering top-notch content, so it would be logical to assume that they would have ‘It’ in their library. Moreover, Netflix’s horror library is rich and has a lot of Stephen King content. However, it appears as though ‘It’ is not available in the US region on Netflix. Don’t let this get you down. If you are in the mood for Stephen King’s brand of horror, there are several other options you could choose from, like ‘Gerald’s Game‘ and ‘1922‘. Seeing as how a lot of other regions can stream ‘It’ on Netflix already, maybe the US will get it soon enough too.

Is It on Hulu?

If you have a Hulu subscription, then you have nothing to worry about. Although the platform itself does not have the film, you can add a Cinemax package to whatever plan you are subscribed to, for $9.99 a month. Since this amount allows you access to all Cinemax content, it is a steal deal in our opinion. You can stream ‘It’, here.

Is It on Amazon Prime?

Amazon Prime has a library to be proud of, and the horror genre is no exception when it comes to this rapidly improving streaming site. However, ‘It’ does not happen to be available on the site yet. This is no reason to worry because Amazon has an excellent collection of works of horror like ‘Suspiria‘, ‘Exorcist‘, and ‘A Quiet Place‘. But if you have your heart set on ‘It’, we have another solution for you. You can add the Cinemax pack to your Amazon Prime subscription. This will allow you to purchase the movie for $14.99 or you can rent the movie for $3.99.

But once you rent a movie, you have 30 days within which you have to start watching it, and you have to finish it within 48 hours. Confused about what to do? We suggest you rent it if it is for a one time watch. If you think you might want to want to re-watch it, then instead of buying the movie, subscribe to Cinemax for $9.99 a month. Not only is it cheaper than buying the film, but it will also allow you access to other Cinemax content. Watch ‘It’ on Amazon Prime, here.

Where Can I Stream It Online?

Don’t have subscriptions to these major streaming services? No worries. You can still watch ‘It’. It is available for streaming on FandangoNow, YouTube, and Vudu. While FandangoNow charges $9.99 to buy and stream the movie, YouTube and Vudu charge $14.99. All the sites charge $3.99 to rent the movie, and we suggest that you rent, not buy, unless you are a serious fan, in order to save money.

Can I Watch It Online For Free?

You might not want to shell out money for a movie, only to be disappointed with it. While we assure you that ‘It’ will not let you down, it is our duty to provide you with some sites where you can watch ‘It’ for free. While there are not many options if you want to go about it legally, the best way for you would be to start a free Cinemax trial, perhaps on Hulu. This 7-day trial period gives you ample time to watch ‘It’, and then if you like it, we strongly urge all our readers to support art and artists by paying for what you consume.