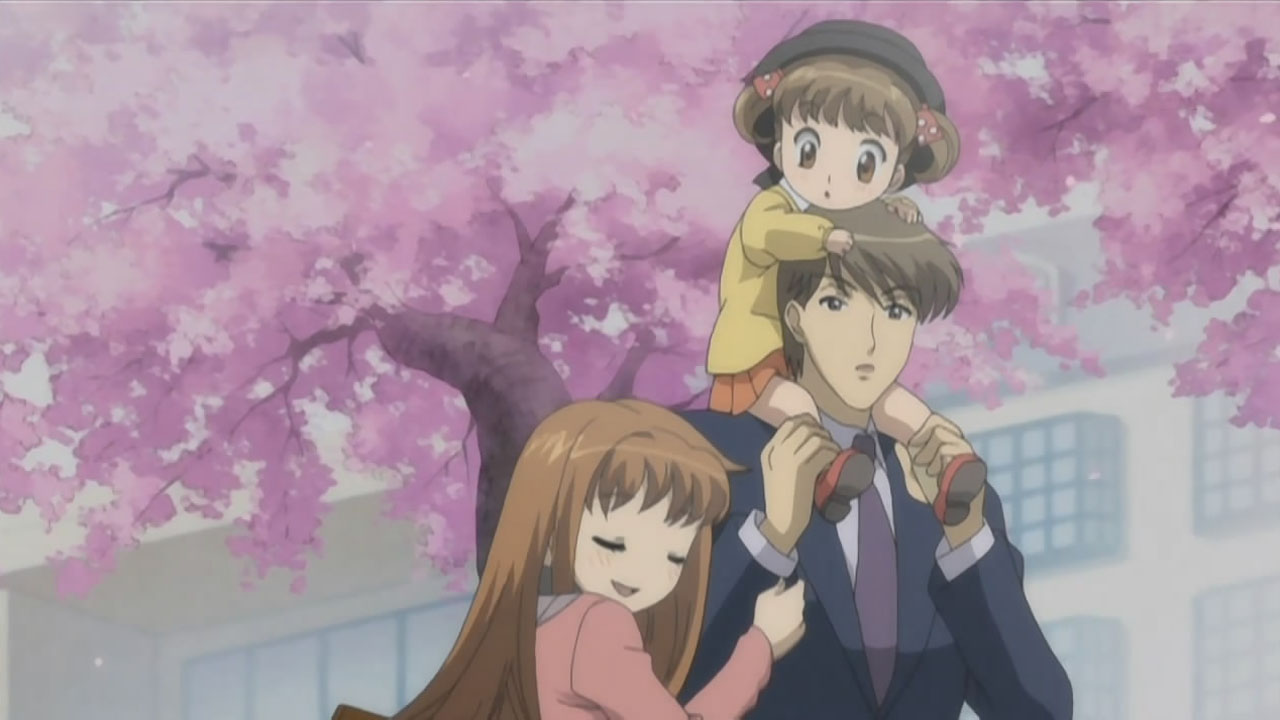 More often than not, Shoujo anime can be a little annoying because of how repetitive their themes are and also because of their abrasive one-dimensional characters who unreasonably “fall in love”. But ‘Itazura na Kiss’ is an exception to this and with its incredible visuals and sounds, it brings in a love story that feels real and heartwarming.

‘Clannad‘ is one of the most celebrated romance anime of our time but if there’s any other show that comes even remotely close to its perfection, it is surely this one. While most romance anime shows abruptly end with high school stories, ‘Itazura na Kiss’ boldly represents the ups and downs, high and lows that come much later in one’s relationship. I wouldn’t claim that it is perfect in every sense but it perfectly captures the essence of the feelings of its characters and makes everything about them relatable. If you’re thinking of breaking into the whole Shoujo genre, this is the anime you should go for.

Itazura na Kiss Season 2 Release Date: When will it premiere?

‘Itazura na Kiss’ Season 1 premiered on April 5, 2008 and with a total of 25 episodes, it ended on September 25, 2008. Unlike most other similar anime out there, season 1 of ‘Itazura na Kiss’ ended on a very good note with a satisfying conclusive ending. This itself suggests that the anime will probably never return with a season 2. Also, its manga was published from October 1991 to September 1999 with a total of 23 volumes. Since then, the manga has never made it back with new volumes and now that the anime has almost covered the entire story of the existing source material, the creators of the show don’t really have anything to work with.

Though over the years, many fans have signed online petitions to demand the return of the series, it has been more than a decade since its initial release and so far, TMS Entertainment has made no announcements regarding its renewal. So, unfortunately, ‘Itazura na Kiss’ season 2 may not come out anytime soon. Till then, you should certainly take a look at our list of other similar romance anime shows.

The English dub of ‘Itazura na Kiss’ is not available yet, but you can still stream it on Crunchyroll with its original Japanese audio and English subtitles.

Kotoko Aihara is one of the least popular students of her school and is very mediocre at everything. After admiring one of her seniors from afar, she finally decides to confess her feelings to him. But to her dismay, Irie-Kun, being the hotshot that he is, rejects her. Soon after this, the stars align for the two of them. When Kotoko’s home is completely broken down after an earthquake, her father decides to move the entire family to his best friend’s place. Coincidently, her father’s best friend turns out to be the senior’s father. As the two of them start living under the same roof, Irie learns to appreciate her for who she and eventually, he does fall in love with her.

Naoki Ire is the main male protagonist of the series who is one of the most popular guys at his school. From sports to academics, he is good at almost everything and most girls at the school absolutely admire him. One of these girls is, of course, the female protagonist who even tries to propose him through a letter. But because he does not know her at all, he just dismisses it as another proposal. He is tall, slightly tanned and has a slightly muscular build. Despite being really popular, he does not really care about what others think of him. He is cold towards most people and avoids getting into any kind of conflict. He has a very high IQ and his photographic memory allows him to memorize things easily. Just because he’s so good at everything, he has no dreams or goals but later when Kotoko encourages him to become a doctor, he listens to her advice and starts working towards it.

When he was a child, his mother would often dress him up in feminine clothes and though he hated it, he would never protest against any of it. His mother had always expected a girl and before his birth, she only bought feminine clothes. She was rather disappointed after finding out that he was a boy and never bothered buying him new clothes. Naoki still remembers how his mother treated him as a child and feels really bitter about all of it.

Kotoko is a cute young girl who falls in love with Naoki. After her own newly-built home collapses during an earthquake, she moves to the Ire household with her family. She has long brown hair and deep beautiful eyes. She is usually seen with a faint smile on her face. When it comes to romance, she believes in giving everything to her relationship but with other things in life, she is quite absent-minded and clumsy. Naoki finds her a little stupid but he loves her regardless. Her mother had died when was very young so in the present events, she lives her father. On her first day at school, she overhears some other girls talking about Naoki and imagines him to be quite studious. But one look at him makes her fall in love and soon after this, she sets out to somehow be with him.

She even studies hard to somehow get into his section at school. Though she fails to get good grades, she somehow pulls up her socks and writes him a long love letter. This letter fails to impress Naoki but she does eventually win his heart once she starts living with him. Like every relationship, her relationship with Ire-kun goes through a lot of ups and downs but they stay strong and keep it together.