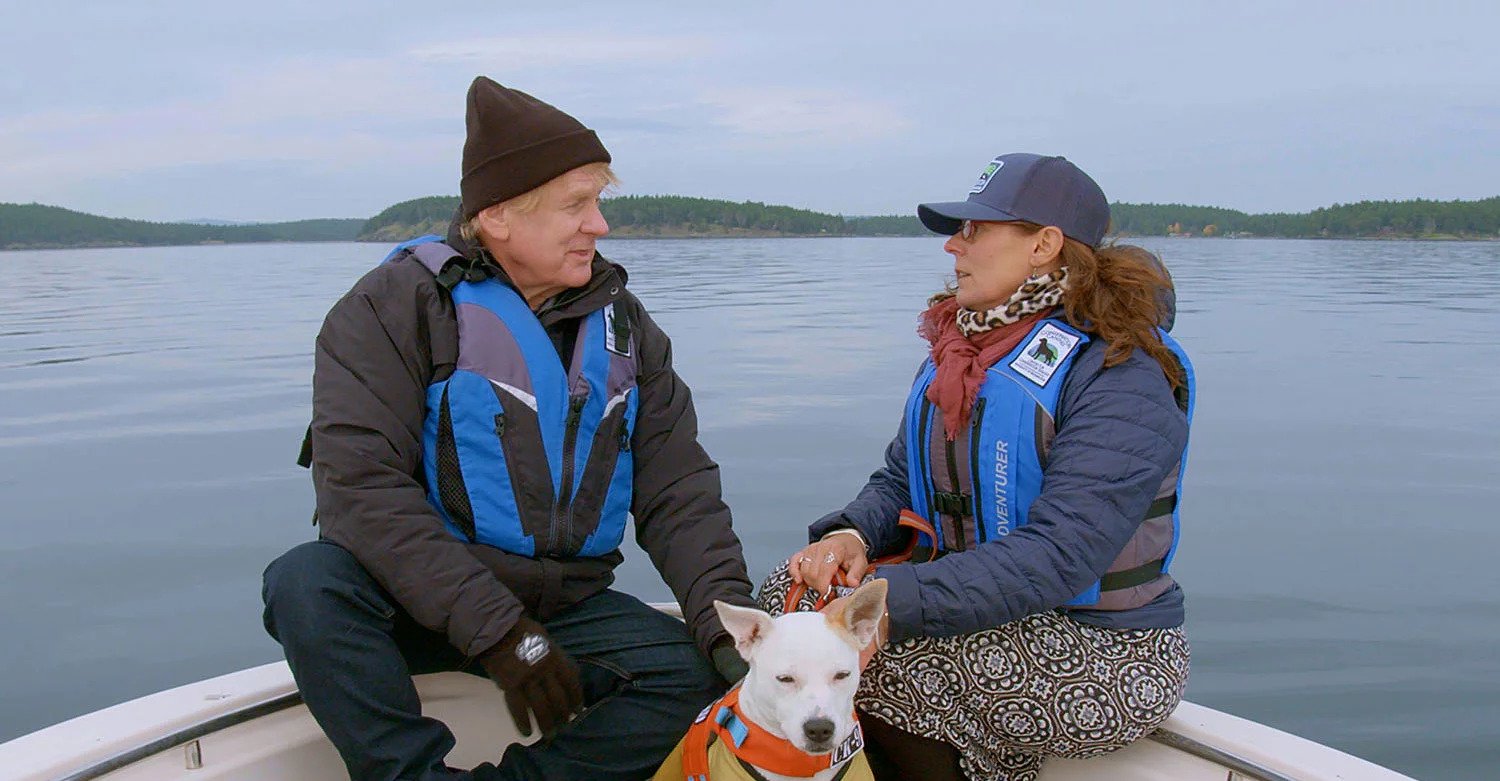 You might know the Disney legend Bill Farmer as being the iconic voice of Goofy and Pluto for more than 30 years. In a new docuseries, we see the man stepping out from behind the microphone to do what he loves most. Yes, we are talking about interacting with dogs. In ‘It’s A Dog’s Life with Bill Farmer,’ the man travels across the country to meet different dogs who are employed in various fascinating capacities.

Bill keeps the tone of the show light, and slightly humorous, while also packing in some tips about being a good friend to your dog. Curious to find out what happens in the season premiere? We have the rundown and information on when and where to watch the upcoming episode.

Where to Watch It’s A Dog’s Life with Bill Farmer?

‘It’s A Dog’s Life with Bill Farmer’ is a Disney+ original. Due to the House of Mouse’s insistence upon housing all content in one place, you can’t see the show elsewhere. However, to commemorate the premiere, a watch party is being hosted at D23.com, Facebook.com/DisneyD23, and YouTube.com/DisneyD23. As reports suggest, you are not likely to be able to see later episodes anywhere apart from Disney+.

In the season premiere, Farmer first visits San Juan in Washington. He meets Eba and her biologist handler, Dr. Deborah Giles. The canine is a member of an elite team of dogs trained at the University of Washinton. Technically, she can track all kinds of animals, but Eba’s specialty is to follow whale poop. Yes, you read it right. She helps marine biologists collect samples of whale excrement, which helps them know more about the species in the waters. How does Eba help? Well, she stands in the front of the boat and sniffs out whale excrement. Accordingly, Eba angles her body in the direction, helping the researchers pull up alongside the poop, which can then be collected. She’s like a canine compass!

Next, Bill heads to California, but not before he gives us some tips on how to ensure dogs make good friends. The location seems to be a key factor, and Bill advises us to keep dogs on a leash until they become friends before letting them enjoy each other’s company. In California, Bill goes to a ranch that trains sheep herding dogs. We meet Zip, a border Collie who’s excellent at her job. Zip personally ensures that the sheep safely go to and from the pastures to feed, and nobody gets lost along the way. Instead of intimidating the herd by barking or growling, Zip depends on speed and sight to keep the flock in line.

The season premiere has indeed been fascinating and informative, and we can’t wait to learn more about different dogs and their jobs with Bill Farmer guiding us in future episodes.