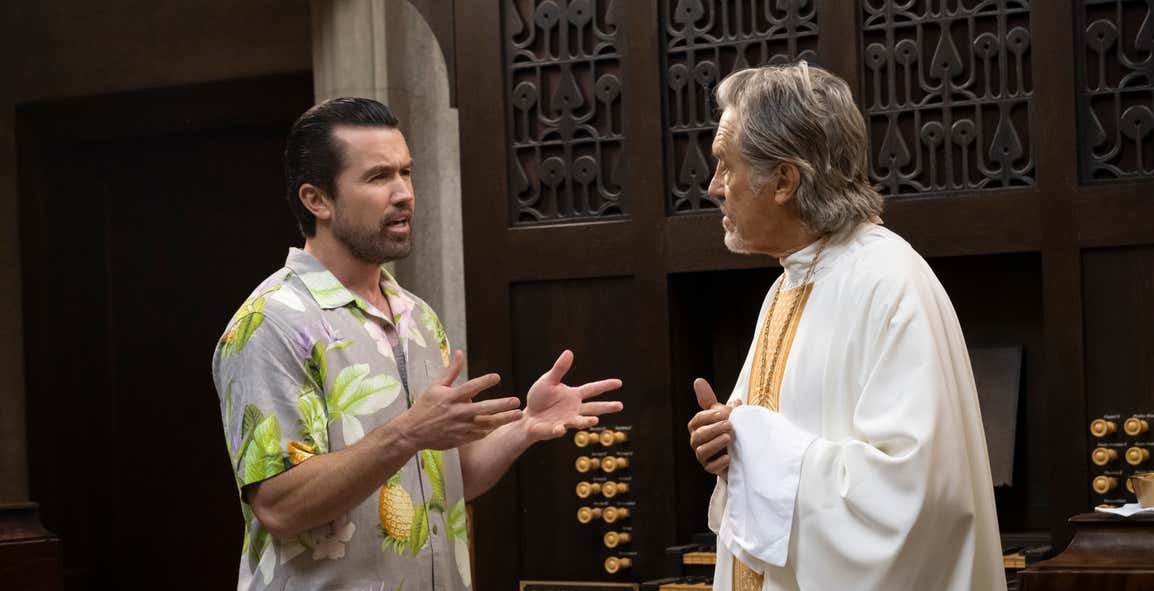 In the latest episode of ‘It’s Always Sunny in Philadelphia’ season 15, Charlie realizes something earth-shattering about his pen pal while Mac loses his sense of identity. Dee makes a spectacle out of herself, and her brother Dennis catches the coronavirus. The sibling duo moves away from the others and rents out a rickety place for the trip. You can read more in the recap section. Now, here’s all that you should know about episode 7!

‘It’s Always Sunny in Philadelphia’ season 15 episode 7 will release on December 22, 2021, at 10 pm ET on FXX. It will be followed by the final episode of the season, so you can clear out your schedule this Wednesday to catch both the episodes live.

You can watch the seventh episode of ‘It’s Always Sunny in Philadelphia’ season 15 when it releases on FXX at the date and time mentioned above. The episode will be available on FX’s official website. Moreover, you can also watch the episode the following day on Hulu. You can use live-streaming options such as DirecTV, Fubo TV, Sling TV, YouTube TV, Xfinity, and Spectrum. Additionally, previous seasons are available on several VOD platforms. They are Amazon Prime Video, Vudu, Google Play, iTunes, and Microsoft Store.

The seventh episode, titled ‘Dee Gets Stuck In A Bog,’ will start a new chapter in Mac’s life after his recent realization that he is not Irish. Still stuck in Ireland, he will spend his first day at the seminary with a young priest to guide him through the process of becoming a priest.

Meanwhile, Dennis and Frank will think of pulling a prank upon Charlie’s pen pal Shelley Kelly in order to embarrass him. Dee will plan a date with an Irish doctor, but it wouldn’t go as expected. Lastly, Charlie will make an important decision that will affect the gang as well.

In the sixth episode, titled ‘The Gang’s Still In Ireland,’ Charlie comes to the undesirable conclusion that his interaction with his pen pal/imaginary friend, Shelley Kelly, that he has known his entire life, has been with his actual father instead. He finds Shelley at the cheese shop, where he sees Frank as well. The old man owns a company called Frank’s Fluids, LLC, which has been the number one beverage supplier to the late Jeffrey Epstein.

The man has recently gained publicity as a sex trafficker, so Charlie’s dad tries everything he can to wipe out all the evidence that could link him to his former client. In the meantime, Dee creates a hellhole for herself as she drinks in detrimental proportions, gets drugged, run over by Dennis’ car, and then pulled inside the vehicle. Dennis gets diagnosed with Covid-19 and realizes that he can’t smell anything. Elsewhere, Mac is heartbroken and confused after being lied to by his criminal father. He realizes that he is fully Dutch in contrast to what his father had told him.

Mac now wants to join the seminary. Elsewhere, Charlie and his father have a moment at a pub as both of them break into a song in a state of a drunken haze. After both of them head back, Shelley is shocked when Frank declares that he will share the single cot in the living room with Charlie. Shelley then ascends to his room, and a few seconds later, Charlie leaves, muttering a half-hearted goodnight. Within the confines of a therapist’s office, Mac, in the end, realizes that his friends might not even like him.